When I reached the peak of my neuroscience career at Wesleyan, during my junior year, I was fascinated and overwhelmed by all that I was learning. I admired my professors, adored the material, and thirsted for more. I do not know when I initially came up with the idea for my thesis, but I do know that it stemmed from the growing disconnect I felt arising between my knowledge of neuroscience and the people who neuroscience seeks to understand. 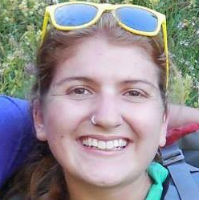 Taylor Goodstein is a senior at Wesleyan University.

Through the lens of pure science, the brain becomes a collection of wires and molecules, void of the memories and hopes and mannerisms that make us human. My other love at Wesleyan was writing and, as I pursued neuroscience, I also explored the written world with an equal passion. As neuroscience is an inherently interdisciplinary study -- biology, psychology, physics and chemistry combined, to name a few -- it was only a small leap to integrate writing into this field as well. I wanted to use skills given to me by the humanities to deconstruct the brain's complicated structure (and its equally convoluted science) in a way that restored its humanity.

Over the course of the last year, I have interviewed people affected by neurological illness, including musicians, doctors, students and researchers. The goal of each interview was to clarify the daily struggles of living with a broken brain in the hope that doing so will illuminate and rectify some of the stigma that is associated with neurological disease. Each interview became a written piece supplemented with current research and basic neurological information. Through this medium, I examined multiple sclerosis, anxiety and eating disorders, brain trauma, bipolar disorder, Alzheimer's disease and metastatic brain cancer.

When I began the process of seeking interviews, I thought that talking about such a personal topic was going to make it difficult for me to find willing participants. I could not have been more wrong. A couple of times, I was approached by individuals asking to be a part of my thesis. People wanted to tell me what it was like to have their brains. I was finally asking the questions that others in their lives were too afraid or too nervous or too hesitant to ask. Some questions were hard. Other questions were easy. And over the course of the interviews, not one of my questions went unanswered.

Through this I realized a seemingly obvious truth: A broken brain is not a broken ankle. There is no shame in a broken ankle, nor is there denial that the ankle is actually broken. Asking someone how they broke their ankle is not an awkward and uncomfortable endeavor, and people do not hesitate to ask if the ankle feels all right. If someone is seen crutching down a hallway, bystanders do not avert their eyes and pretend not to notice; they ask if the injured person needs help carrying their books. Those unfortunate enough to break their ankle are not suddenly plagued with the monstrous task of explaining their cast in a way that will not result in people treating them differently. A broken brain is not a broken ankle.

This comparison has guided me to discover an additional reality that surrounds living with a broken brain: the necessity to narrate. More so than any bodily injury, a wounded brain carries with it the desire to narrate, to explain the daily struggle, and to ensure that friends, new and old, are comfortable with its presence.

No one questions the broken ankle, wrist or nose. Even the broken heart is understood. And yet, the broken brain is somehow outside our powers of comprehension. The irony of such an arrangement is that comprehension is a skill reserved for the brain. But that same brain, capable as it may be of imagining the pain of a cracked bone, torn muscle, or bruised skin, is impossibly lost when it comes to envisioning the pain of its own wounds.

Herein lies the stigma of mental illness. The brain, after all, did not evolve to look at itself. It evolved to interact with and react to the physical world. In order to comprehend the wounded brain, we must turn our sights inward, focus on the structure whose job is to focus on everything else, and request that it consider its own weaknesses.

The requirement for introspection, I suppose, provides a reason for why the broken brain can be so terrifying. After all, we do not actually love with our hearts or make decisions with our gut. We do not believe things with our souls or feel apprehension in our stomachs. It is the brain from which these human qualities emanate. Everything that has ever been invented was first an idea inside a brain. Every abstract notion -- like destiny, or time -- has arisen from the squishy, gelatin-like, fluid-covered organ in our skulls. To accept that such a structure can break, that it has weaknesses, is, at the very least, uncomfortable. However, such acceptance is vital for moving forward with neurology, with medicine, and for our continued exploration of the human condition.

Conducting interviews, telling stories, and enhancing that narrative with current research has been my approach to clarifying neurology. I offer small insights into this substantial issue, and there is much work to be done if we strive to fully expose the brain and all of its maladies. Even so, with a collection of little lights like mine, shining into the darkness, the broken brain can be illuminated, pulled from obscurity, and suffered in silence no more.