The Obama administration will announce plans on Monday to enforce a long-ignored federal mandate: a decade-old requirement that states give students of all ethnic and socioeconomic backgrounds equal access to good teachers.

The new initiative, called "Excellent Educators for All," aims to bring states into compliance with a teacher equity mandate in the No Child Left Behind Act, the George W. Bush-era law that requires states to reward and punish schools based on standardized test scores.

There are three parts to the effort: By April 2015, states must submit "comprehensive educator equity plans" that detail how they plan to put "effective educators" in front of poor and minority kids. To help states write the plans, the Education Department will create a $4.2 million "Education Equity Support Network." And this fall, the Education Department will publish "Educator Equity profiles" that highlight which states and districts fare well or poorly on teacher equity.

Secretary of Education Arne Duncan will announce the changes Monday at a roundtable with teachers and President Barack Obama. The White House is framing the initiative as the latest of Obama's executive actions to circumvent congressional gridlock.

It's not yet clear, though, exactly how the department will hold states accountable for all this planning -- and ultimately produce changes in classrooms. When asked about this issue at a White House press briefing Monday, Duncan said, "We'll look at this as a piece of many things."

The department's initial press release on the effort also did not specify how it will define "effective" teachers.

The No Child Left Behind Act includes language requiring states to "ensure that poor and minority students are not taught at higher rates than other children by inexperienced, unqualified, or out-of-field teachers."

But this mandate has never been consistently enforced. In 2006, the Bush administration required states to submit plans detailing how they would comply with the law, but few changes followed.

The idea of forcing teachers to work in specific schools has rankled unions, and even education advocates are hesitant to put a reluctant teacher, regardless of how objectively good he or she is, in front of the neediest students.

As a result, the problem the law sought to tackle is still dire: Students in high-poverty schools, a national survey has shown, are twice as likely to have their most important classes taught by teachers without proper certification. And federal data shows that minority students' teachers on average have less experience than the teachers of their wealthier peers.

“Systemic inequities exist that shortchange students in high-poverty, high-minority schools across our country," Duncan said. "We have to do better."

Obama addressed the new policy in remarks before his lunch with teachers.

"We have a problem in which the kids who need the most skilled teachers are the least likely to get them," he said. The new initiative is "going to be a program in which we ask states to take a look at where they’re distributing great teachers, what are they doing in order to train and promote and place teachers in some of the toughest environments for children. … If we do nothing, if we don’t highlight the problem, then inevitably the kids who probably need less help get the most, and the kids who need the most help are getting the least."

Advocates and state school chiefs have been waiting for promised enforcement of the teacher equity requirement.

In August 2013, the Obama administration indicated in draft regulations that states would have to enforce the measure if they wanted to continue to be free of No Child Left Behind. In 2011, the White House announced it would offer waivers from the law, but states that want them must agree to fulfill other requirements to evaluate teachers and schools. Most states have applied for a waiver.

Specifically, the draft changes indicated states would be required to show by October 2015 that poor and minority students weren't being disproportionately taught by low-performing educators.

Some advocates rejoiced in response to the August news, but state school chiefs pushed back, saying the potential requirement would be too cumbersome.

The department's final guidelines, issued in November 2013, did not include the equality requirement, after considering "input from a variety of stakeholders," according to an official letter.

Some state school chiefs were relieved. "It's an awful lot to try to get accomplished in the short amount of time that is left," John Barge, Georgia's state school superintendent, said at the time. "It's not that it can't be done, it's just harder to get there."

Kati Haycock, who leads the Washington-based advocacy group Education Trust, called the November change an "about-face" that let states "keep sweeping under the rug the gaps in teacher quality that contribute so heavily to longstanding achievement gaps."

Now, Education Trust is somewhat relieved. In a statement, Deborah Veney Robinson, the group's vice president for government affairs, said she was "encouraged" by Duncan's "intention to focus new energy on the problem of unequal access to quality teachers." She added that she hopes the announcement is a "first step toward a fairer system."

Others were more skeptical. Some teacher quality advocates say the proposed changes don't go far enough, and that the $4.2 million in technical assistance is miniscule.

"This ambiguous initiative is all about effectiveness and has very little to do with establishing a strong professional standard as a starting point for all educators," said Joe Bishop, the executive director of Opportunity Action and a member of the Coalition for Teaching Quality. "Currently there is no national standard for what it means to be a teacher of record."

He added, "It's a lot of the right rhetoric, but continues to mirror the Obama administration's narrow thinking around teacher and teaching equity."

The National Education Association, the nation's largest teachers union, is on board with the plan -- despite having voted for a measure calling for Duncan's resignation this week. In a statement, NEA President Dennis Van Roekel said the union "fully supports" the new plan. “We must create accountability for the whole system that drives greater equity in every school, and an important first step is that every new teacher be profession-ready before ever stepping foot into a classroom and becoming the teacher of record for students," he said. "However, that is only one element to creating a broad approach to educational equity."

This story was updated to include quotes from President Obama, Arne Duncan, Joe Bishop and the National Education Association. 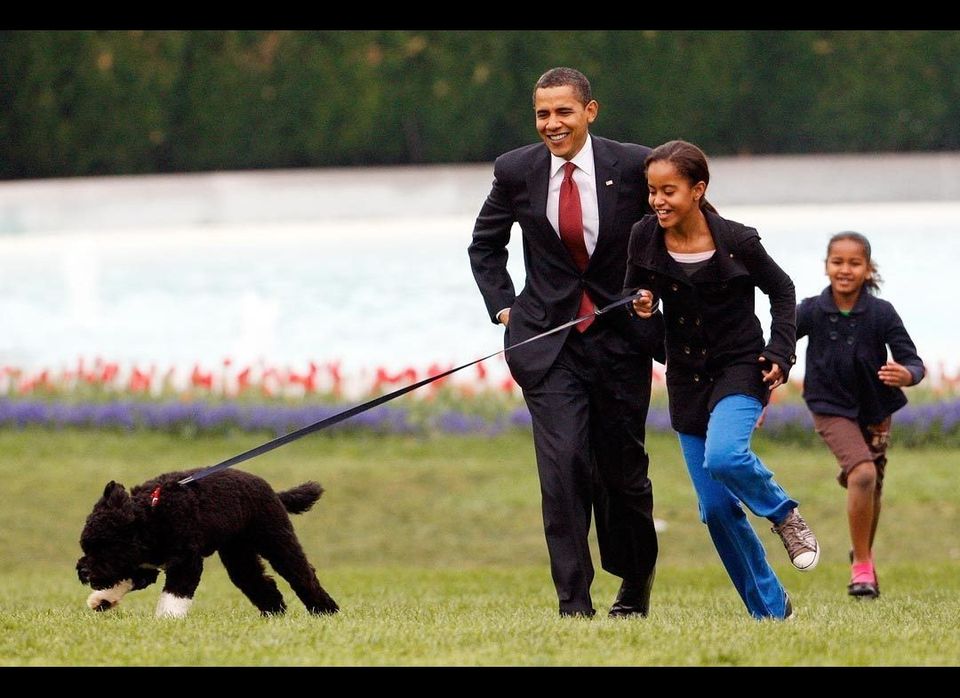