For this edition of The #ExceptionalCareers Series*, I asked Deb Henretta to reflect on her career and share insights on mentors, taking on challenges, and what it takes to be a leader.

Deb is the current Group President of Global e-Business at Procter & Gamble, where she has served for 30 years. She is a constant on Fortune's 50 Most Powerful Women in Business List, appearing for seven consecutive years. Deb has also served as the Chair of the Asia-Pacific Economic Cooperation's Business Advisory Council, where she advised top government officials, including President Barack Obama. 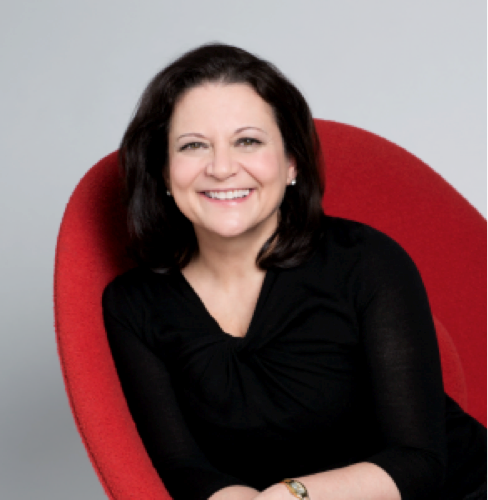 Deb, even though we all have agency in our careers through the choices that we make, others can play an invaluable role in helping us discover our talents and strengths and how we can use them to add value. Can you tell us about a leader who has been instrumental in your career?

A.G. Lafley gave me my first big break at P&G. I've worked for him in different capacities throughout my career; we think alike because he has taught me everything that I know. My career opened up because of his "leaning forward" with me when I was a relatively unknown and very junior manager.

At the time, not too many people had any idea what I was capable of, but because I had already worked under A.G. for a number of years, he sensed I had what it would take to bring disruptive change to a business that was in a 10-year decline, and gave me the proverbial head nod. He put me in charge of P&G's baby care business as a Global President, and my success there that just opened up the rest of my career.

I am forever grateful in terms of the skills that I developed, because I couldn't be where I am without that golden opportunity to show what I could do. And I did do it - turning the business around in just 2 years and starting a growth trend that continues today, a decade later.

In taking on the challenge of turning around a declining business, some would say that you took on a pretty big risk. What did you see as the opportunities for the company? How did you prepare yourself to embrace potential failure?

I remember when they told me that I was making the move. As a General Manager, I was relatively junior, and so as anyone would be with a big change, I was very nervous to lead the business as a President. I wondered whether or not I had the skills or the capabilities to deliver what was needed. But, A.G. was eager to make a big change with the business vs. how it was run in the past, and he realized that it was best to take a risk and hope that I - as a new mom - could bring some new insights into the business. But he also made it very clear that my consumer insights and my brand building expertise landed me in the position.

I have to say that as the job was explained to me, and as people showed me the logic as to why I was recommended for the role, and where they thought I could add value, it was actually a big confidence builder, because it was work I knew I would be good at. I went into that job acknowledging that I had strong leadership skills as well as first-hand knowledge of the product category: at the time, I still had one child in diapers, which helped my team trust my input.

However, at other times in my career I have definitely had to embrace failure. The key about failure is learning from it and doing so quickly. You're going to make mistakes, but can you figure out that you made a mistake fast enough, and be agile enough to change course in time? What can you learn from that experience so that you don't ever let it happen again?

So, let's dive into these ideas a bit more. Success is what you make of it regardless of what position you hold in the organization. Everyone has value and can add value. What advice can you share with our readers about the foundational elements for achieving success?

One of the things I'm wrapping my mind around is that when you look to the future, there are some pieces of leadership that are going to stay the same based on historical strengths, but there's also a new wave of leadership coming. You have to stay grounded in the traits that have always made leaders great - having a vision, inspiring others, and executing/implementing the vision. These are tried and true, and will be there forever.

However, you cannot be a successful leader today unless you are also competent and courageous. Competence covers the basic leadership skills, but importantly pushes people in this new world to be faster and more agile with their strengths. Then, there's the idea of more courageous leadership that is emerging.

This is going to be a hard skill for leaders to learn, because there hasn't been such a premium placed on it before. But it's coming.

Who else has been instrumental in your success and life? How do we look outside of our careers to find the advice and wisdom that we need to succeed in our careers?

I'll have to say my lifelong mentor, my mom. My mom was a nurse, but she ran the New York State Sudden Infant Death Foundation for many years. Even though she worked on the nursing end and not so much the business end, she approached it with a business eye. So I was able to watch my mom in nursing leadership positions. She was also an educator at a couple of different universities, and ended up being the associate dean of admissions for the University of Rochester nursing program.
In all of her jobs I was able to see her breaking new ground in nursing leadership.

Her advice, coaching, and her suggestions through the years, even though we were in two completely different fields, were hugely helpful. It never occurred to me that a woman couldn't be successful in business or any other field she wanted to work in, because I watched my mother be very successful in her chosen field and so I always like to counter it with that was a really important mentoring that started in my school days, that I never want to be remiss in because I don't think I would've had what I needed going into P&G were it not for that role modeling and that mentoring that she did to me through my school years and then in the early days of my career to help.

So, readers, how will you demonstrate competence and courage? What questions do you think about as you navigate your career? Please share in the comments. You can also tweet at me @SanyinSiang and #ExceptionalCareers.

For more of Deb's insights, read our interview with her on leading turnarounds. This interview was conducted as part of the LifeChats Collection at the Fuqua/Coach K Center on Leadership & Ethics (COLE).

*This interview was edited with the help of Amanda Meyer and Lauren Busch.