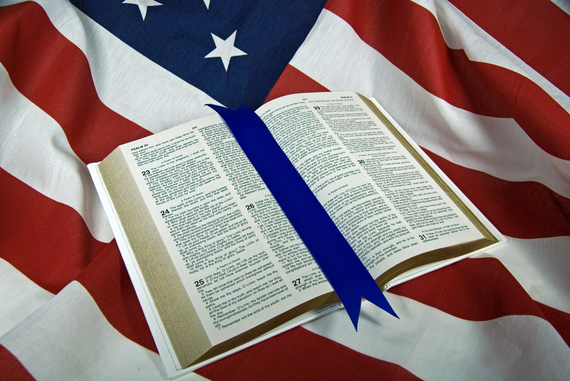 Flashback: Seventy-five-plus years ago, when I was growing up in Nebraska, my friends and I looked for anything that might give us any kind of bragging rights. We were envious of California, New York, etc., for being "number one" in so many rankings, which left us out. As I recall, we did eventually discover that the Cornhusker State was the leading grower of alfalfa! But boasting about this did not impress even the neighbor Dakotans.

I share this story to remind myself and readers of the natural human impulse to find oneself and one's allegiances to be, if not superior to all others, then at least somehow exceptional. The allegiance to the United States as being "exceptional," for example, is exceptional.

Such thoughts came to mind as I read a significant op-ed by William A. Galston, a tried and true "public intellectual" who has an eye and ear for religious elements in our public life. Case in point: He ended 2014 with a Dec. 30 Wall Street Journal column titled "The Christian Heart of American Exceptionalism." He tries to treat the topic without bragging or boasting and suggests why this topic should interest the large non- and other-than-Christian readership and citizenry.

Galston frames his main point by referencing the many polls, surveys, and informed observations that reveal remarkable survivals and expressions of not only "religious" but specifically Christian beliefs. He is so specific that he does not rest content to describe us merely as "spiritual people" capable of experiencing awe. He goes so far as to cite some elements of what Danish philosopher Søren Kierkegaard dubbed "the scandal of Christianity." Galston concentrates on the scandalous elements associated with the Christmas season just past: Jesus' virgin birth, in a stable, heralded by an angel to shepherds, with gifts borne by "wise men" from the east, guided by a star: "Fully 65% of Americans believe all four of these...."

Galston knows that not all will regard these as essentials of faith or think that they are central to the shaping of nations "post-Christendom," or that secular ideas and forces lack a place in the republic. Indeed, he accounts, in part, for the place of Christianity in American exceptionalism contra, for example, Western Europe, where Christian powers were privileged or even established by law. Here in the U.S. they have not been privileged precisely because they were not constitutionally favored.

At this point Galston gets to the civil point, one that is appropriate to recall in this season and at a time when, as often before, some probably well-intentioned republican people and movements want to counter and destroy our unstable but creative covenant that makes room for secular and religious appeals and agencies alike.

Just as some measure of self-esteem -- a word that, alas(!), can lean toward destructive self-idolatry in personal life -- has a modest place in daily life, locating and defining assets to counterbalance liabilities and negatives in public life can help citizens find reasons to invest in causes to celebrate and motivate their work for the common good.

A political party that wants to build a durable majority should listen to both sides [in the contests over the role of government] and seek policies that acknowledge the legitimacy of their concerns.

If they do, they will be "exceptional" exemplars and mentors in our time of confusion and noisy and noisome confrontations.

This post originally appeared in Sightings, an online publication of the Martin Marty Center for the Advanced Study of Religion at the University of Chicago Divinity School.

NOTE: This post is not available for republication without the consent of Sightings. Please contact Managing Editor Myriam Renaud at DivSightings@gmail.com.