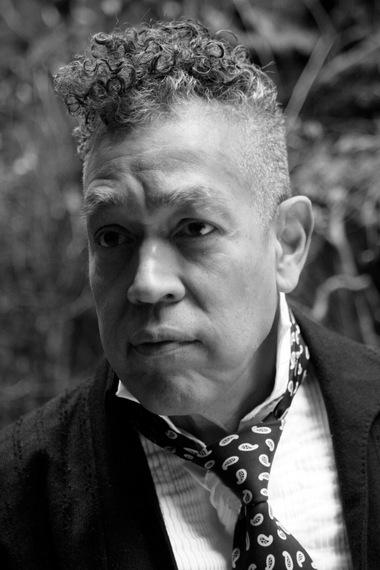 1. Can you tell me a little bit about yourself, your likes, and your dislikes?

I like to keep busy, whether it's making art, taking pictures, gardening or antiquing. I always like to be doing something instead of standing still. I dislike travelling without a purpose. I travel for work, to do a project, for exhibitions, lectures, something. I've always fantasized about going cross-country by car, traveling from town to town to the West Coast and back. But in reality I don't have the time, money or motivation to make such a trip.

2. When did your interest in photography begin and at what point did you decide that you wanted to pursue it professionally, as a career?

I started taking pictures after attending the Brooklyn Museum Art School, where I studied painting and sculpting when I was in my teens. After I left art school, I decided I wanted to continue as an artist but I couldn't really paint or sculpt. I was living with a girl named Millie who owned a camera, so I figured I could be an artist with a camera instead of a paintbrush. I didn't make money from my work till I hit forty.

3. I read recently that you have a musical alter ego, 'Brutus Faust'. Can you tell me more about your musical interests and aspirations?

I've always loved music. I grew up in the era of the Beatles, The Rolling Stones, Bob Dylan, the British Invasion, Motown, Jim Morrison, Janis Joplin, and Jimi Hendrix. I would have wanted to be a singer but I didn't know anyone with a band and never learned to sing. A few years ago I decided to study singing with a music teacher and later hooked up with a band called Blow Up Hollywood, and we recorded an album. Music, like art, needs to be practiced often. It's something you have to immerse yourself in completely. Sometimes, I wish I could be Brutus instead of Andres Serrano but you need to have a reason to reinvent yourself and being Andres Serrano is easier than being Brutus Faust.

4. Your photographs have incited a lot of controversy and protest, most notably because of your use of bodily fluid against the backdrop of religiously sacred pieces. Can you comment on the artistic relevance of the pieces or the message that you are trying to convey with these types of photographs?

I distrust anyone with a message. The best artistic intentions are usually cloaked in mysteries and contradictions. It wouldn't be interesting for me if the art were not "loaded" in some way. I always say my work is open for interpretation and that's why I prefer not to read many of the "interpretations" out there. Suffice it to say, the work is like a mirror, and it reveals itself in different ways, to different people.

5. One of your most controversial works yet is the 'Piss Christ', and it portrays a crucifix submerged in urine, that is alleged to be yours. Is there a 'message' that this photograph is trying to convey and how did you deal with the resulting backlash that ensued after the piece was released?

The only message is that I'm a Christian artist making a religious work of art based on my relationship with Christ and The Church. The crucifix is a symbol that has lost its true meaning; the horror of what occurred. It represents the crucifixion of a man who was tortured, humiliated and left to die on a cross for several hours. In that time, Christ not only bled to dead, he probably saw all his bodily functions and fluids come out of him. So if "Piss Christ" upsets people, maybe this is so because it is bringing the symbol closer to its original meaning. There was a time prior to the 17th century when the only important art, the only art that mattered, was religious art. After that, there were very few contemporary art pieces that were considered both art and religious, and "Piss Christ" is one of them.

Freedom of religion and freedom of expression have something in common: they both have the power to polarize people. Everyone has an opinion on these freedoms and those opinions often clash. It's the result of living in a Democracy where the people don't always share the same values or opinions. That's why it's called a Democracy, because you are free to choose.

7. Another photograph of yours that I am fascinated by is the 'Cabeza de Vaca' partly because I am unsure of what you are trying to symbolize in the picture. Do you mind telling me more about the photograph?

The picture is of a cow's head on a pedestal and is called "Cabeza De Vaca" which means cow's head in Spanish. It's also the name of a 15th century Spanish explorer. I'd say I was being both literal and figurative with the title.

8. Your latest photography project, as I recently read, is a series of photographs portraying homeless people in America. Can you tell me more about the project?

It's called "Residents of New York" and they are portraits of homeless people I took on the streets in January. It's a public installation currently on display at the West 4 St. subway station and in several phone booth locations around town. More Art, an organization committed to bringing art to public spaces, sponsored it. I chose not to use the word homeless in the title, but to call them "Residents of New York" instead, in order to acknowledge them as being residents who are very much a part of the city.

9. Apart from your latest photography series, are you working on anymore photographic or musical projects?

Immediately, after shooting the 'homeless' portraits I went to Jerusalem for four weeks. The Jerusalem Foundation had invited me and the Musrara School of Photography to go to Israel to do some work there. I am currently working on a book of the body of work I did in Jerusalem. I love working in the summer, and have no projects at the moment. Maybe someone will invite me to do something.

10. What message or advice do you have for young artists, and youths in general, who are trying to pursue their dreams?

Keep your dreams no matter what. When I hit my twenties I turned my back on being an artist and became a drug addict instead. I stayed a drug addict until my late twenties when my biological clock told me that if I stayed in that life in my thirties there'd be no turning back. There are all kinds of ways of being an artist and there is no right way or wrong way, only your way.