I had the wonderful opportunity of interviewing Sadie Robertson! Sadie is a star of the hit reality show Duck Dynasty, she was a runner-up on Dancing with the Stars, and is also a New York Times best-selling author, and role model to many. Sadie is a 19 year old making a huge impact on the world with a message she is confidently sharing.

Sadie and her "Squad" will be hitting the road on Sept. 22 starting in Dallas, TX to embark on a 17 city Live Original Tour. Sadie's squad is made up of her brother John Luke, sister-in-law Mary Kate, cousins Cole, Reed and Reed's fiancée and Sadie's best friend Brighton Thompson. Also joining Sadie on the Live Original Tour are her dear friends Max Zoghbi and Bonnie Kate. There are also going to be musical performances from Family Force Five, Love and the Outcome and Reno. 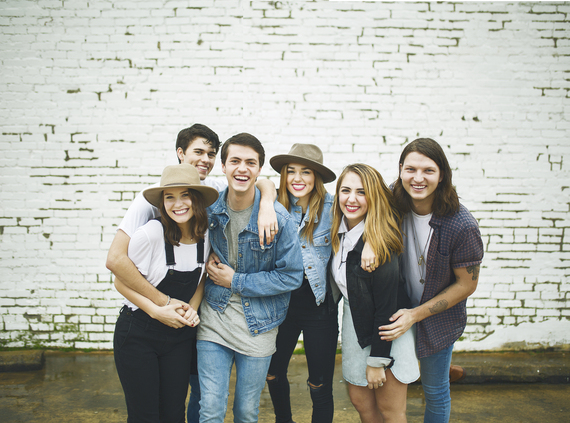 Each person on the tour has a beautiful message that is sure to impact and stay in the hearts of all those who hear it. The term "Live Original" was inspired years ago when Sadie was just five years old. She said "My Dad thought I was weird because I preached to my parents, and my Dad then nicknamed me "The Original". Her faith was strong as a child and has stayed steadfast through the years and is a foundation for everything she does. Sadie recalled how her Dad always challenged her to not conform and to be her original self. When she gained her platform through the family reality TV show Duck Dynasty and being a contestant on Dancing with the Stars she knew she had to share her message and knew how she wanted to do it. "I never wanna be just a celebrity people look at from a far and say wow I wish I was her, that's not me. I would rather go meet you and inspire you to be who you are." Sadie has lived up to those words by creating her tour, Youtube Channel, books and more where she truly connects with others in a positive impactful way. For everyone who wants to "Live Original" like Sadie her advice is "you can't say you want to live original you have to just do it, it's all about being confident" . How she and her squad exude confidence, share their strong faith and live their lives is a prime example of truly living original that we all can look up to and learn from. One thing that Sadie instills within all of her platforms and every aspects of her life is that she wants everyone to be able to live confidently and shares her advice on how you can be your most confident self ...

"The biggest thing about being confident is not saying you want, or I wish it's about doing it and going with it 100%". She also describes her confidence with a tennis analogy of "if you hit a tennis ball and you only go half way with your swing, it's not gonna go over the net, but, if you hit it hard all the way through, it's gonna be a good hit" she goes on to say "you have to go at it with everything you have or the world will come after you."

That is statement that holds so much value with how we live life our lives and if you choose to be confident you have to embrace it whole heartedly. Being in the public eye and a role model to so many Sadie speaks about how she receives negative comments on Instagram and combats her haters saying " Is the hate really worth me not being positive for the ones who care, I have to be confident on my message and who I am". Sadie truly lives confidently in all aspects of her life and is a inspiration to anyone facing haters, showing them not to waver in themselves but to remember to be confident in who they are as a person. The Live Original Tour is one so unique that Sadie says " I don't honestly think anyone is expecting what it is" and follows up with an explanation of "its hard to explain something that's never been done." The tour has taken so much time, work and preparation that Sadie and each member of her squad have been hands on completely creating it! She talked about the writing process and explained in detail how much it has impacted her personally "We have written a show that takes everything out of you, for myself and my squad it has been eye opening to even write and rehearse it because we are pulling out the deepest things in our heart we have struggled through. She shared learning new perspective about the people she is closest to by creating and writing for the tour due to the personal nature of the topics they are sharing, she expanded on this by saying "Brighton, my very best friend in the whole world spoke to me when we were rehearsing and I was like whoa I didn't know you went through that, and she said yeah I don't talk about it but I wanna talk about it today, because I don't want anyone in the audience to feel like they can't talk about it". The level of intimacy of how much of themselves the squad is pouring into the tour speaks to the uniqueness of and how living original is incorporated in every part of their lives. Sadie shares her favorite part of the upcoming tour with such enthusiasm and passion that it radiated from her voice as she spoke about her favorite part of the upcoming tour. "The transition from the video screen to the stage to the what the audience holds in their hands all come together".

One thing that Sadie shares candidly and passionately in each aspect of her life is her devout faith. She shares how it has shaped her saying "it continuously shapes me as a person, there have been several times when I needed a good shaping in my life and it has come in and shaped me, with every big experience I have had I can see where God's hands are in it and have flipped it and shaped it into something for him". Sadie always takes time to reflect, pick out the blessings that have come into her life even the ones that can sometimes be hard to see. That is something everyone can incorporate into to their lives each day. Sadie is passionate about bible studies on her app and her favorite Scripture verse is "Hebrews 10:35; Woman do not forget the confident trust you have in the Lord for you will be richly rewarded." She dove deeper into the reason behind why it is her favorite verse by saying "It reminds me my confidence isn't from myself, it doesn't come from me or what I look like and do, but it comes from God and what he can do through me, that's whats gonna be rewarded not myself." Sadie's faith and trust is so strong that it shines and radiates through every part her life.

At the age of 19 Sadie has already embarked on mission trips and they have become a passion of hers. She shares "If I could just be a missionary I would totally do that." She is devoted to helping to change the lives of people around the world,. Tour members and family recently took a impactful trip to Uganda. Uganda had always been her dream place to do a mission trip. The opportunity presented itself and this July she eagerly took the trip. Sadie describes her trip as "absolutely incredible." It was such a life changing experience that it changed her view of the world. "I realized that it's doable to help these people through everything God says all things are doable." One experience in Uganda she shares is of the school kids she was playing with and a fence beyond the school. "The kids had on these cute little dresses and looked pretty nice, but there was a fence and there were kids holding onto the fence dressed really poorly, hardly any clothes at all, dust all over their face and looked so sad." Sadie posed a question to one of the people in charge asking why they couldn't just let those kids in and learned that the kids beyond the fence had no sponsorship from the US and they could not be let in without being sponsored. Sadie said "my heart just was broken, people sponsor kids for $10 a month and don't know how much impact that makes, that kid literally has a chance at life, the kids without sponsorships have no chance." She was so impacted by her trip that she brought back work from Uganda and is incorporating into the tour.

The Live Original Tour will be raising money to build a dormitory that will provide 60 girls a place to stay and she emphasizes the importance by saying "literally everyone can just give a dollar and they will be able to help." Her humanitarian efforts are remarkable and the impact she is having on the world is going to be a force for good for years to come.

Sadie has a passion for fashion and has been able to pursue fashion in a way that empowers girls to feel confident. She partnered with Wild Blue, Rue 21 to create a line of jeans and says...

"The experience was awesome because they teach girls to be confident in themselves and I preach confidence and I said Hey, why don't we preach confidence to every girl so everyone can relate." She believes in being true to yourself, rocking your style and her line has a pair of jeans for every girl to rock! 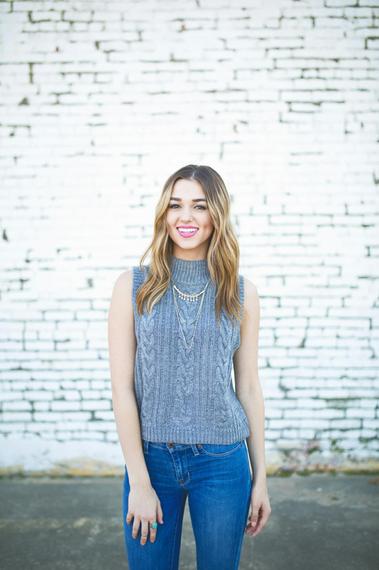 The Roberson family is a large, close knit family and Sadie has many remarkable people to look up to. Sadie spoke to that by saying...

In just 19 years of life Sadie has accomplished so much and has no plans of stopping or slowing down any time soon. She has many future goals and aspirations that will be sure to amaze.

"I am one of those people, that I dream really big, but when I do dream big I always think it's gonna happen 100%." Some of her future goal she says are " I want to be continuing on with the tour, to do more with my devotional and bible studies". What's next to come for Sadie is sure to inspire and be as remarkable as she is.

For more information about Sadie, her "Squad" and the Live Original Tour visit http://liveoriginal.com 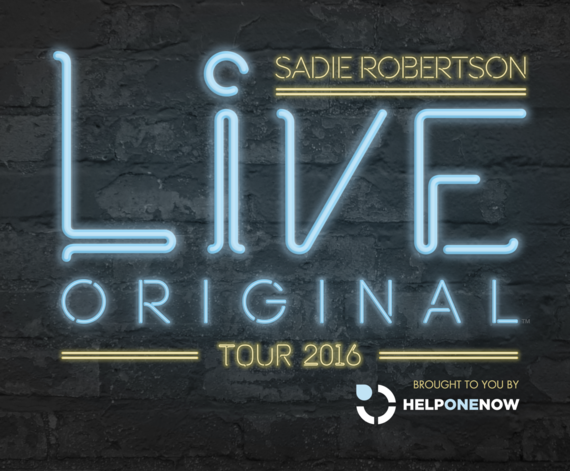