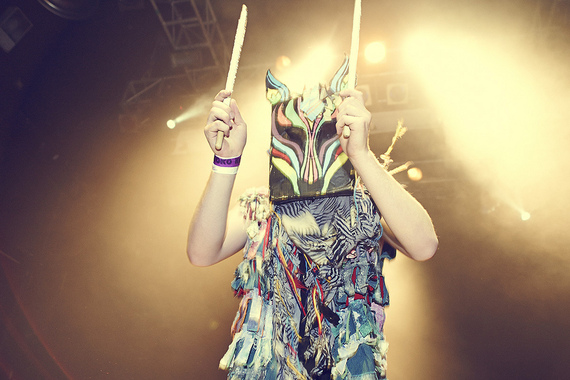 Identity has become such an important part of the musician's lifestyle that it can sometimes supersede the music itself. The image of the rock star or the super star DJ is inundating our psyches through social media, billboards, advertisements, radio, television and film. The mysterious DJ known only as Slow Magic is shifting this conception. Donning a Technicolor wolf mask, he allows the music to create his identity. Synthesizing electronic music with live instrumentation, Slow Magic is reinventing the image of the electronic music DJ. By incorporating live drumming into his act, he engages the audience with his craft and makes every performance one-of-a-kind.

Morena: Cosmic beats and stellar sounds are sweeping the musical underground. What artists, musical or otherwise, have guided you on this aural journey?

Slow Magic: There are so many things around that are always inspiring me. A few artists I've recently been listening to are Nadus, Tielsie, and Tomgg. I think places are a big influence on the sounds that I am interested in. Traveling can be one of the best ways to find new inspiration.

Morena: You are known for being our "unknown imaginary friend." Is there a reason or purpose behind your mysterious presence?

Slow Magic: When I started Slow Magic I wanted it to be separate from a place, face, or identity. It is interesting to be presented with just the art and experience that first.

Morena: What is your spirit animal and favorite color?

Slow Magic: I think a spirit animal can change a lot but recently in Australia I met a really adorable baby koala that was awesome. My favorite color right now is pink.

Morena: Music festivals have become a powerful force. What do these festivals evoke within you, as a performer and patron? What is your perspective on the rise of the music festival?

Slow Magic: I really enjoy festivals because they can be a crazy chaotic time and also be very organized. I like meeting a lot of different artists or seeing them play all in one day. It can be the best time, almost like a new little city that exists just for a few days.

Morena: In 1970, Jim Morrison prophesied the evolution of music into this electronic era. Do you have any foresight on the future of music, as you are a part of it?

Slow Magic: Hmm that is a very tough question. I think there are a lot of timeless and powerful musical ideas that have lasted and will last. I like the idea that with the constant changing musical landscape there are still foundations that have never changed.

Morena: 2014 was a busy year for you, performing over 100 shows and festivals. How are you adjusting to your meteoric rise in success?

Slow Magic: It can be very hectic but it is always an adventure. I've been able to see a lot of beautiful places and meet a ton of really cool people. Even with a busy schedule each show is something new and nothing is ever exactly the same.

Morena: When you are not producing music or performing, what hobbies do you indulge in? Do you dabble in any crafts other than music?

Slow Magic: Most of my hobbies or crafts end up being a part of Slow Magic. I enjoy taking photos, drawing, and making clothing, which all is a big part of the project. I also enjoy making things that maybe no one knows about. Secrets.

To love Slow Magic is to love his art. His musicianship and message are moving the feet and reaching the minds of the free. Letting his vibrations lead the way, he is a conjurer of change and a shaper of sounds. I choose to believe in magic, do you? 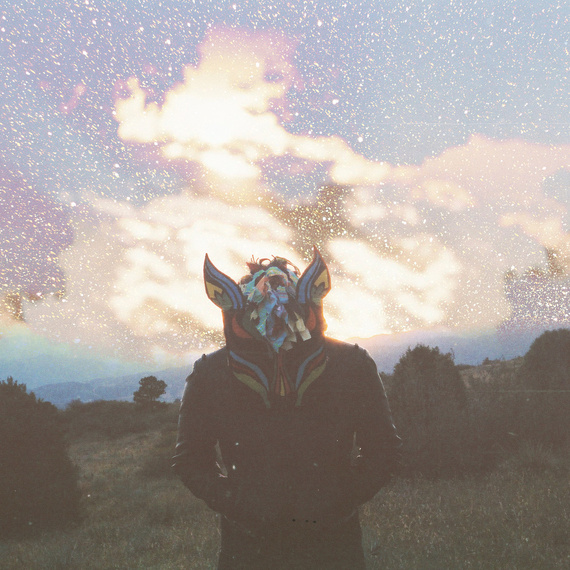