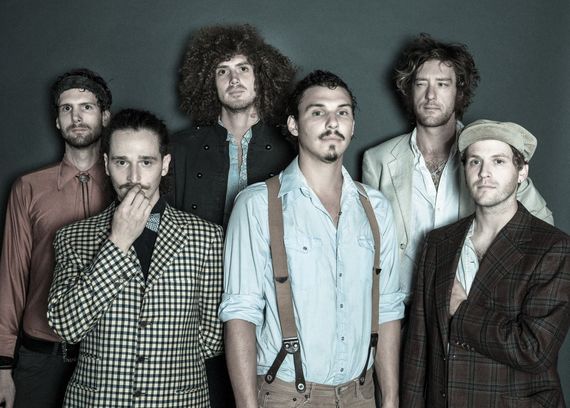 Herbert Bail Orchestra is a fusion of past and present, frontier and adventure, psyche and soul. Full sounds and powerful live performances pull listeners into their timeless dimension. With 6 core members and several guest musicians, they are truly an orchestral experience. In my exclusive interview with Anthony Frattolillo, singer-songwriter and guitarist of Herbert Bail Orchestra, I discover the band's spirit animal, story, inception, upcoming ambitions and much more.

Morena: How did you accumulate such a large ensemble of talented musicians?

Anthony: I told my best friend Katz I wrote some songs and we were starting a band, and there was some gold in a cave and a dragon and anyone who was willing to brave the journey with us could share in the spoils.

Morena: What a magical journey! Tell me about your music video trilogy. How did director Björn Rühmann become a part of the journey?

Anthony: Well, you need a day job. I'm a writer and a director, Katz is an art director and production designer. That's how we came to meet award-winning director Björn and his wife Kerstin. It's been an amazing experience to collaborate with Björn and Kerstin on this epic cinematic vision. The music video trilogy has been two years in the making. Watch Part I: The Nature of Things exclusive release on Nowness and Vimeo Staff Pick. Part II: The Big Sound is coming out early this summer.

Anthony: It's like the line from John Ford's last great American western, The Man Who Shot Liberty Valance, the newspaperman Maxwell Scott says at the end of the film, "No sir, this is the West! When the legend becomes fact... print the legend." The name of the band itself echoes from an era past; Herbert Bail was my grandfather's name at birth. He went on to assume many lives, under many other names.

Morena: Your music tells a story sonically and lyrically. What is the inspiration behind the narrative of your sound?

Anthony: I think we all lead many lives. There are no single truths. For me, the untold story of my family legacy inspired the narrative of our sound. 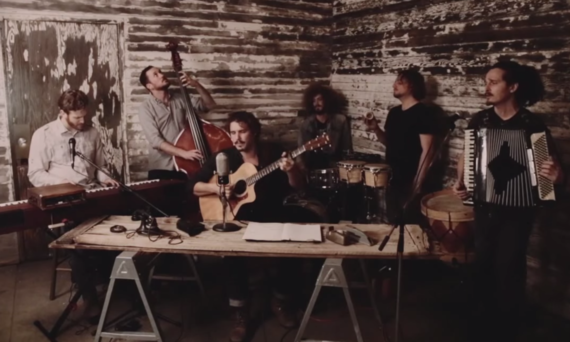 Morena: What has been one of your most memorable live performances?

Anthony: At The Grand Artique Stage at Lighting in a Bottle when the audience was singing the harmony along with us to "You Are Beautiful" (our new single coming out soon) and one young woman sauntered towards stage and put her arms around one of the monitors at our feet, hugging and cuddling the loud speaker smiling and grooving along to the music.

Morena: I love that story. Are there any festivals or countries at which you hope to perform?

Anthony: Katz has some family in Calabria, Italy. It would be cool to play down there. Anyone know any cool festivals in Southern Italy?

Morena: Not yet, but let me know what festivals you discover! What animal, would you say, represents the spirit of the Herbert Bail Orchestra?

Morena: Perfect. What can we expect from the Herbert Bail Orchestra in 2015?

Anthony: We've been in the studio with our producer Chris Rondinella at Heritage Recording Co. working on a collection of new songs. We got a new single, "You Are Beautiful," coming out this month! Sign up for our mailing list to get a free download of the new tune when it's released. Wednesday, May 20th at The Bootleg Theater in Los Angeles, we're having a release show followed by a California spring tour with performances Sunday, May 24th at The Grand Artique's Frontierville stage at Lighting in a Bottle and Saturday, June 6th at SubZero Fest in San Jose.

Stay tuned for Part II and Part III of their epic music video trilogy coming out this summer as well as their newest single, "You Are Beautiful."

Herbert Bail Orchestra - The Nature of Things from Furlined on Vimeo.