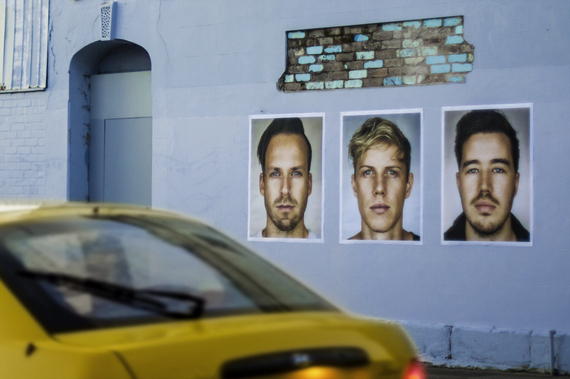 From the endless musical well of Australia comes the live electronic trio, Rüfüs Du Sol, which is comprised of Jon George, Tyrone Lindqvist and James Hunt. This alternative dance group creates an unclassifiable genre of electronic music as they are always reshaping and evolving their sound. Fresh off their North American tour, this interview with Jon George divulges the group's spirit animal, inspirations, and discusses their forthcoming album, Bloom which is slated for release in 2016.

Morena: What is the story of your union? How far do you three go back?

Jon: We knew each other growing up for various reasons but it wasn't until we'd all finished school and realized we were all into the same sort of music and writing individually that we collaborated on writing our first EP. That was six years ago and now we're best mates too -- until someone steals your toothpaste or loses your headphones.

Morena: How has your music evolved since you began and where do you foresee this evolution taking you?

Jon: We were always experimenting with new sounds and crossing genres right from the beginning and I think we've just been able to narrow down what sounds we like and exactly the sounds that work best for us. We'll always continue to experiment and push our sound but right now we're stoked with the cross pollination that has led us to where we are.

Morena: What was one of the biggest turning points in your career?

Jon: When our album debuted at number one on the Australian music charts we were blown away. From there, everything really turned for us with more people than ever getting to hear our music. We were able to sign international record deals and landed bigger gigs off the back of it all.

Morena: Are there any other musical artists with whom you would like to collaborate?

Jon: Some of our earliest and longest inspirations have been artists like Trentemøller, The Chemical Brothers, and Booka Shade. Obviously we'd love to work with any of our influences but at the moment, we are happy just searching to find the time in between touring to express the music that's in our heads just between the three of us.

Morena: If you could envision a spirit animal that represents your music, what animal would you see?

Jon: I think at the moment we'd have to go with a jellyfish. We've been staring at photos of them as inspiration all throughout writing this album and the name of the album, Bloom, actually is the name for a group of jellyfish. They're pretty mesmerizing.

Morena: What have been some pinnacle performance moments? As in, best shows, festivals, countries that you have played?

Jon: Last time we were in New York we played Full Moon Festival, which was pretty rad. Our favorite set times are almost always the sunset slots and this one was exactly that. It was a super hot day, palm trees in front of the stage with sand on the ground and the sun slowly dipping across the Manhattan skyline as we got to the second half of our set. It's always a sweet time to play because it's like there's this shift in the crowd's energy or something. They get their crazy on.

Morena: Tell us about the You Were Right Tour. Any highlights? How does it feel to be back in America and how is this time different from the last headlining tour you played here?

Jon: During our hometown show in Sydney, one of our close friends proposed to his girlfriend in the audience which was a pretty memorable moment. The feeling of hearing an entire audience sing the words to a song of yours is always jaw dropping to witness from the stage but witnessing the proposal was something we've never experienced before. The whole room was buzzing with joy and excitement as they embraced and we played our last song of the night.

Morena: What can you tell us about Bloom? How was it written? How has your process differed from past records?

Jon: Well I guess from the very start, we were essentially trying to write a new song each day. We completed the record in our hometown Sydney but we were initially based in Berlin, which was a super inspiring time. We were seeing so much live music, there were so many clubs and venues near our place so we'd head out basically every night and just absorb all these strands of electronic music that were really exciting us. We would take everything we heard and try to channel that the next day or later that night. So I guess we ended up with a pretty huge collection of material as opposed to our last record, Atlas, where we kind of built it up from nothing and expanded it into the full record. This was more a process of culling and cutting and pulling back in the end.

Listen to Rüfüs Du Sol's "Like An Animal" off their forthcoming album Bloom here:
https://soundcloud.com/rufussounds/like-an-animal