New York Times writer Joe Sharkey insists that he never called the country of Brazil "Most idiot of all Idiots." Nor did he call the nation a "banana."

But, it is no laughing matter to Sharkey, a long-time, highly influential columnist for the New York Times. Nor to other writers.

With the rise of the internet, any writer can be sued anywhere in the world, where U.S. First Amendment rights do not apply.

Cameron Diaz successfully sued The National Enquirer in English courts, even though the article about her was only viewed on the internet 279 times in Britain, and was published in the United States. The paper's website now blocks British readers. 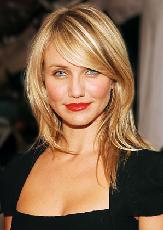 Sharkey is being sued for $280,000 (which he will certainly lose, since he is not defending the suit in Brazilian Courts) after which he will most likely be indicted for the criminal charge of causing "dishonor to Brazil" -- an extraditable offense -- which might result in several years jail time in Brazil. If they can grab him. He has no plans to go to Brazil anytime soon.

But Sharkey is nervous, he feels abandoned and left hanging in the wind by most journalist organizations.

Despite 14 years of writing for The New York Times --- his business travel column appears every Tuesday -- he is technically a freelance writer and is not being represented by the Times' lawyers. He was on a freelance assignment for another magazine. He also feels that many press organizations and journalism magazines basically treated him like a pariah, an insignificant freelancer.

Sharkey was a passenger on a $25 million Legacy executive jet over the uninhabited Brazilian Amazon jungle at 37,000 feet three years ago when suddenly he felt a terrific jolt and a loud bang. Then three words he will never forget, "We've been hit."

"By What?" Sharkey looked out the window, the sky was clear; the rainforest stretched out as far as the horizon, but there was a jagged edge at the end of the wing, where the five-foot-tall winglet was supposed to be.

But he was alive.

On the Legacy everyone was quiet. The pilots stared at their maps, controls, and out the windows for a place to come down in an unending carpet of green jungle.

Joe wrote a farewell note to his wife and put it in his pocket. Will it hurt when we crash, he thought to himself.

Miraculously, the pilots spotted an overgrown, abandoned secret military airfield and managed to land safely with a part of the plane's tail broken off and most of the fuel leaked out.

Sharkey didn't find out until hours later that night that the 154 passengers on the 737 had plunged into the rainforest killing all aboard.

The local press naturally blamed everything on the American pilots.

"Having damn near killed us, the Brazilians then paraded us around at gunpoint like criminals," Sharkey told me.

"We were detained and questioned for over 30 hours in the jungle. Except for one phone call allowed to one person on the flight, we were held incommunicado, at a time when news of the disaster was worldwide and our families were frantic. Then we were flown to a regional Amazon city, Cuiaba, where we were motorcaded through Brazilian media and street mobs, to spend a full night under intense police interrogation. Stunned and traumatized, we were stripped and photographed.

"I was accused at one point of being the 'author' of a false story, since all of the survivors told the exact same story and, under Brazilian logic, that constituted a conspiracy -- rather than a recitation of the truth."

When Sharkey defended the pilots on his blog and in his newspaper columns, the Brazilian media turned its wrath on him. In the lawsuit, the wife of a 737 passenger, who perished in the accident, accused Sharkey of being an agent of some unnamed foreign entity that wants to claim sovereignty over the airspace of the central Amazon where the collision occurred. He told me:

"In my blog, I was plenty hard on the Brazilians for their atrocious cover-up of the accident and their disgraceful blaming of the American pilots. I was probably the biggest factor in obtaining the release of the pilots, after two months of detection in Brazil.

"But I certainly never called Brazil 'most idiot of all idiots,' as alleged. I don't know if I am more insulted by the aspersion cast on my ability to turn an insulting phrase in English, or by the lie itself. Nor did I call the nation a 'banana.'

"Of course the point is, even if I had said those things about Brazil, from within the U.S, it would in no way constitute libel or defamation under U.S. law.

"And no matter what I might have said about Brazil, any U.S. court would laugh at the assertion that a nation can claim libel for being called 'a banana.'

"The Brazilians have the two innocent American pilots on trial now (in absentia) for criminally negligent homicide. The Brazilian federal police and Air Force (which is responsible for the air-traffic control system that actually caused the collision) are trying to goose up the charges one notch to meet the benchmark to make the crime extraditable under the U.S.-Brazil treaties.

"The alleged insults -- at least the ones that aren't simple fabrications -- came mostly from comments written by Brazilians themselves and either attached (not by me) to re-postings of my blog, and in some cases attached to the original front-page story I wrote on the incident in the New York Times.

"I did use stock photos of the Keystone Kops and the Three Stooges on several of my numerous blog postings, arguing the case against the Brazilians."

The U.S. National Transportation Safety Board investigated the crash (report available) and found that the probable cause was egregious error by Brazilian air traffic control, which Sharkey had said all along. The Brazilian Air Force (which runs air traffic control) continued to blame the American pilots.

Brazil will certainly try to obtain a ruinous financial judgment against Sharkey, and enforce it in some U.S. court, and a universal criminal judgment that could be enforceable in many countries around the world... meaning, Sharkey said, "my ability to travel for the rest of my life would be severely limited."

"At any rate, I and others (reporters, bloggers, and reviewers) will be forever chilled in anything I write that any foreign country -- Brazil? North Korea? Syria? Jamaica? -- might find objectionable. Defending yourself against spurious lawsuits is hideously expensive and utterly debilitating."

Fortunately for Sharkey, last week the U.S. Senate unanimously passed a bi-partisan bill that protects U.S. writers and bloggers from defamation suits in countries that have less robust protections of free speech than in the United States. Foreign libel judgments would not be enforced unless they conformed to U.S. standards.

On July 27th, the House of Representatives passed the same bipartisan legislation authored by Senators Partrick Leahy (D-VT) and Jeff Sessions (R-AL) which the President is expected to sign shortly.

The bill known as "Rachel's Law" was named after Rachel Ehrenfeld, a U.S. writer who was sued in England by a Saudi billionaire that she had accused of financing terrorist groups. The British court ruled against her by default, ordering her to pay $230,000 in damages and legal fees.

Ehrenfeld's book was never published or sold in Britain. It is a suit that never could have been filed, much less won, in the U.S.

Now Sharkey and Ehrenfeld will at least be safe in the U.S. But the new law will not protect them outside of the country, which will surely hamper their ability to travel and practice their professions.

Such "Libel Tourism," shopping for foreign courts that can muzzle U.S. journalists, is repugnant and continues to have a chilling influence on American free speech.

"The SPEECH Act is a significant step forward in protecting the First Amendment rights of all Americans," Senator Leahy said today.

But Internationally U.S. authors are daily being silenced by the odious laws of England, Australia, Germany, Brazil, Indonesia, Singapore and other countries that make it so easy to curtail the robust free speech traditions of the U.S. that make democracy possible.