The usual gang of idiots over at MAD Magazine know that the best way to get eyeballs on their work is to forcibly take over the space held by better, more popular books.

As a birthday present for Alfred E. Neuman (whose birthday is April Fool's Day, go figure) they launched an all out offensive (emphasis on offensive) against the DC offices of Batman comics.

We're unveiling to you exclusively the desecrated cover of Batman #19, written by Scott Snyder and with art by Andy Kubert and Sandra Hope. The original cover to Batman #19 teases the idea that Bruce Wayne might be using a gun, which is antithetical to his moral code.

"Who would cause Bruce Wayne to use a gun?" the tease asks.

The legendary, longtime "idiot" from MAD, Al Jaffee, is responsible for the fold-in style cover for Batman. I don't want to make their heads too big by saying how much I like it, so I won't say anything at all. If you're on the fence about picking this issue up, though, I wouldn't hesitate. Scott Snyder's run on Batman has been fantastic and Andy Kubert is a phenomenal artist.

This issue hits newsstands on April 10, 2013, which is a bit late for Alfred's birthday, but that's par for the course for the "gents" at MAD. 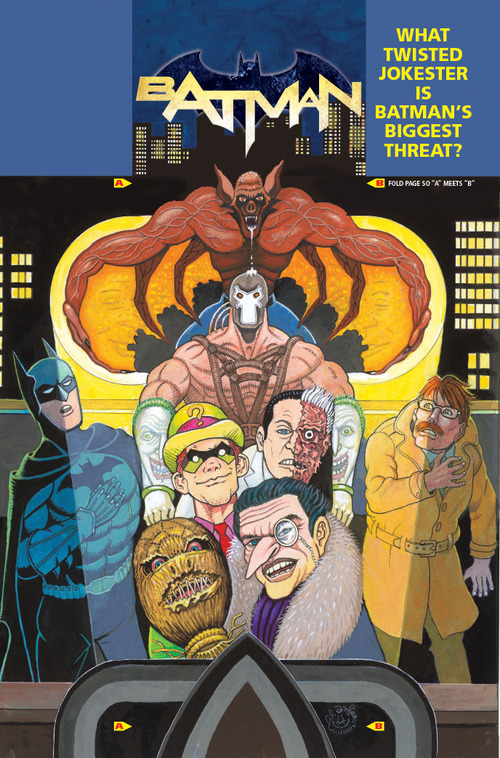 Bryan Young is an author and the editor-in-chief of the geek news and review site Big Shiny Robot!