The Battle at Coal River Mountain has officially begun.

At the same time President Barack Obama invoked the "legacy of daring men and women" in our nation's quest for renewable energy initiatives, and as millions of concerned citizens rallied in support of 350.org climate change events around the world this past weekend, Big Coal bulldozers reportedly clear cut a swath of lush deciduous forests in the carbon sink of Appalachia and fired the opening salvos in the mountaintop removal mining blasting process to destroy the historic range slated for the Coal River Mountain Wind Project -- the most symbolic clean energy project in the nation.

But not without a fight.

Just as Appalachian mountaineers single-handedly turned the tide of the American Revolution, in the words of Thomas Jefferson, in defeating the British loyalists who threatened to lay waste to mountain communities at the Battle of Kings Mountain in 1780; just as mountaineers and union coal miners marched to liberate mountain communities at the Battle of Blair Mountain in 1921 against Big Coal and their armed thugs, an extremely organized and growing coalfield uprising movement against mountaintop removal has marked a line in the sand on Coal River Mountain as the ultimate battleground to stop mountaintop removal and launch President Obama's clean energy jobs program.

How can you join the battle at Coal River Mountain?

First, donate generously to the non-profit Coal River Mountain Watch advocates on the frontlines; support the coalfield organizations in the Alliance for Appalachia; put your body on the line with direct action organizations like Climate Ground Zero, Mountain Justice and Rainforest Action Network; contact national environmental organizations like the Sierra Club Beyond Coal Campaign and Natural Resources Defense Council.

RAN, in fact, has called for a national "End Mountaintop Removal Day of Action" for next Friday, October 30.

And take action at the I Love Mountains website.

In a blatant act of aggression against besieged coalfield residents, blasting dangerously close to one of the largest coal slurry impoundments in the nation, and immediately eliminating 24 megawatts of wind power development for the internationally acclaimed Coal River Wind Project, a subsidiary of Big Coal behemoth Massey Energy recently lay waste to the first acres of the 1,100-acre Bee Tree Branch section of a proposed 6,000-acre mountaintop removal operation designed to destroy the last in tact mountain on the historic Coal River Mountain range.

Here are the first exclusive photos of the destruction: 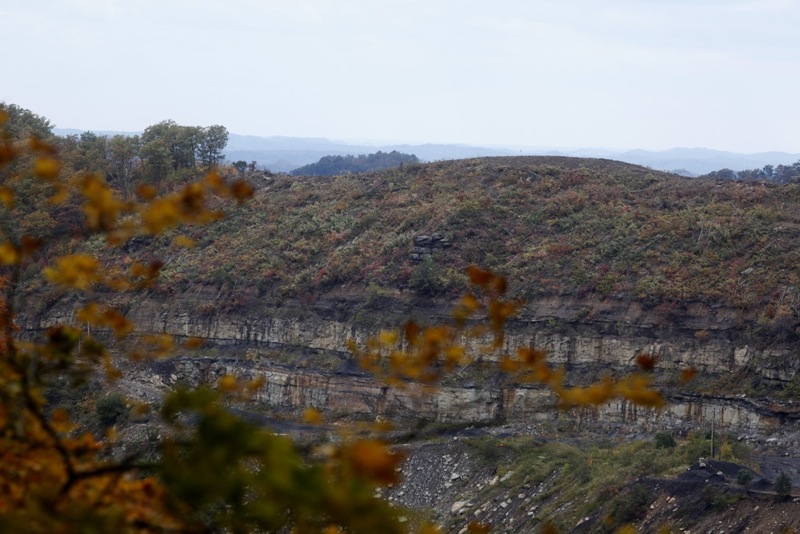 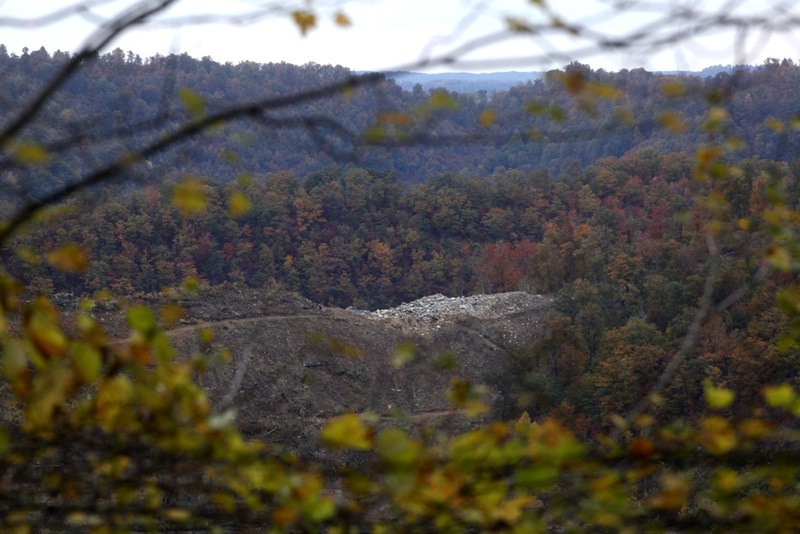 This blasting in the Bee Tree Branch area of Coal River Mountain effectively derails the Coal River Wind Project. Unlike the limited 14-year supply of coal on the site, the Coal River Wind project could provide long-term energy for 70,000 households, an estimated 200 jobs and $1.7 million in annual county taxes. In spite of the blasting, the upcoming UN conference on climate change in Copenhagen will also be reviewing the Coal River Wind proposal as a model for sustainable green economic development in the United States.

Last week, area residents also appealed to Gov. Manchin to halt the blasting and order a state of emergency, in order to thoroughly investigate the catastrophic potential of the jeopardized Brushy Fork coal slurry impoundment, which holds back billions of gallons of toxic coal sludge. Blasting is taking place within a dangerously close distance of honey-combed underground mines by the impoundment dam.

Residents noted that another Massey subsidiary in eastern Kentucky was responsible for the largest coal slurry spill in 2000, where 300 million gallons of toxic sludge into the area's waterways and aquifers. If the earthen Brushy Fork dam breaks, nearly 1,000 area residents will have less than five minutes to save their lives.

In effect, Coal River Mountain should be ground zero in the climate change and renewable energy movements.

And the blasting of Bee Tree Branch will not only strip the great range of its resources, its tributaries and lush forests, its history and its meaning; it will rob Americans of the possibility of creating long-lasting green jobs and energy. It will resound as the death knell of an American and Appalachian way of life, and a rejection of any opportunities for a sustainable future for the embattled coalfields.

The blasting has been launched.

Will the nation -- and the Obama administration -- defend Coal River Mountain from this reckless assault on American citizens, our American mountains and waterways, and a clean energy future?