Every series has its own behind-the-scenes technical challenges and drama, but not many get to film at iconic sites that date back over 2,000 years, amidst rocket attacks that bring a halt to filming.

The upcoming action thriller DIG created and produced by Tim Kring (Heroes) and Gideon Raff (Homeland), tells the story of a murder mystery set against the backdrop of modern day Jerusalem, a city shrouded in ancient intrigue.

The entire series was supposed to be filmed in Jerusalem, where executive producer Gideon Raff is from, but due to the Israel-Palestine conflict that broke out last summer, Raff and crew had to scramble for a new plan, taking only images and their experiences back to the States with them.

The entire pilot was filmed in Jerusalem though during a 16-day period. Later scenes were then shot in Croatia with the remainder of the episodes filmed in Albuquerque, New Mexico on sound stages recreated to look like locations found in the Holy Land.

Luckily, renowned photographer James Minchin was also abroad to capture the actors, the city and its iconic landmarks, which are threaded throughout the series. The following are exclusive behind-the-scenes photographs of DIG in Jerusalem: 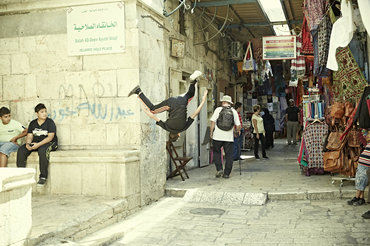 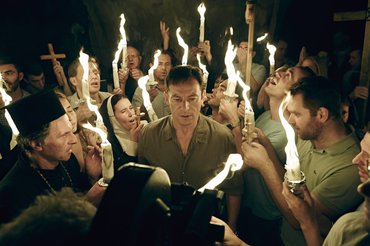 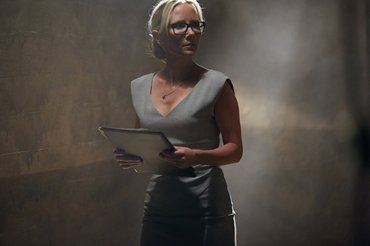 Back in Albuquerque meanwhile, I had the chance to tour the set of DIG during the final episodes of filming. I took the following pics just from my phone, which now after posting Michin's colorful images, I'm embarrassed to share. 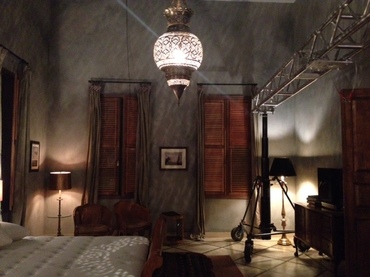 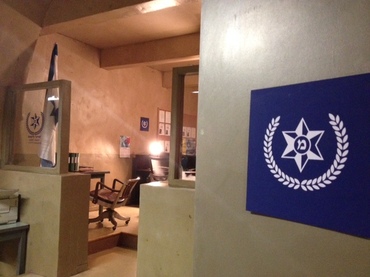 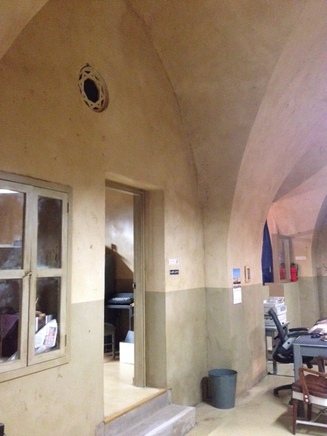 From Universal Cable Productions (UCP), the series centers around FBI agent Peter Connelly (Jason Isaacs, The Patriot and Lucius Malfoy in the Harry Potter series) who has had his fair share of heartbreak. Anxious to leave his personal demons behind, Peter takes a job stationed in Israel under the guidance of his new boss, and occasional lover, Lynn Monahan (Emmy Award-winner Anne Heche). When he sets out to solve the murder of a young American, Peter soon finds himself embroiled in an international mystery that delves into the Holy Land's darkest secrets. What he discovers is a conspiracy thousands of years in-the -making that threatens to change the course of history. While Peter races to figure out what it all means, he quickly finds that he may not be the only one searching for answers.

According to creator Kring, while the series is fictional there are real events and elements that have taken place in history, which are incorporated into the story line. He says one such event appears in the first episode and for those viewers wanting to "dig" further, information will be "easily googalable."

Also, he says the show's title has a lot of different meanings as it not only refers to an architectural dig, which is part of the plot, but also digs into the mystery being told and into the characters' psyches too.