It's hard to believe that five years have gone by since Hurricane Katrina devastated the Gulf Coast and it's even harder to believe that there are still displaced residents living in trailers and the damage is still being repaired. For some, those five years have flown by, but that seems like an appropriate amount of time to see fictional stories told in that setting. Timed for release to coincide with the fifth anniversary of the hurricane, DC's Vertigo Comics will be releasing a graphic novel called Dark Rain.

Written by Mat Johnson and drawn by Simon Gane, Dark Rain tells a story of opportunists trying to exploit the plight of New Orleans in the days after the hurricane. At times it's alternately funny and moving, but it's always focused on a very sharp but simple story.

It tells the tale of a man desperate for money who wants to rob a bank in the chaos of the flood and enlists the help of a reluctant ex-con who could use the money to help with his child support. Things go from bad to worse when they realize they're racing against an evil Blackwater type outfit of mercenaries to the bank. Very reminiscent of a Third Man type story set in New Orleans, this is a book very much worth checking out.

The book doesn't just tackle the heist story, though, it captures a taste of the horror and confusion of the days after the hurricane and the immense sense of depression and loss that must have been present in the Superdome while residents waited far too long for aid. In fact, there were more than a couple of moments in the book set in the Superdome that almost brought tears to my eyes.

In the end the book is very optimistic, offering hope to those who choose to do the right thing.

For those interested, the book hits streets August 24th, 2010 (you can order it on Amazon here, or you can go to your local comic book retailers). Vertigo has also been kind enough to provide us with an exclusive preview of the book below. 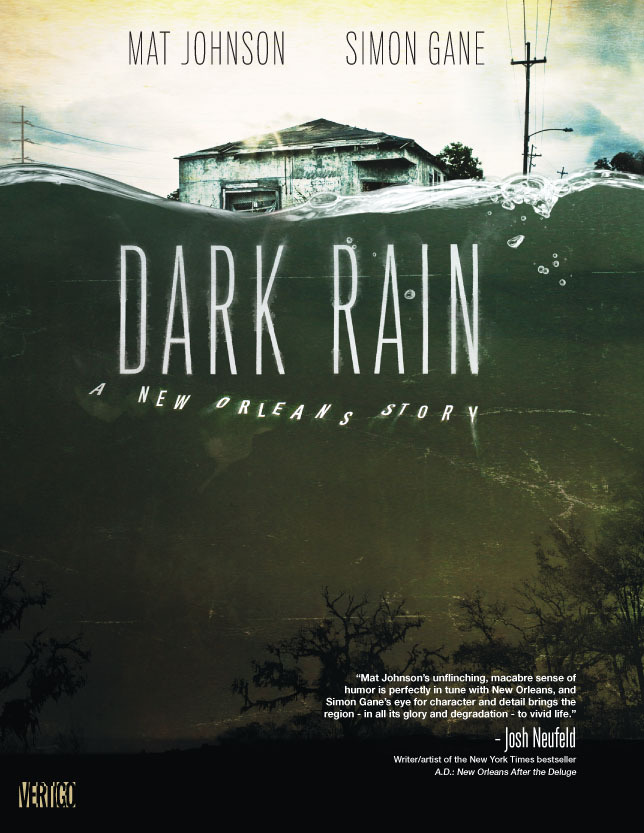 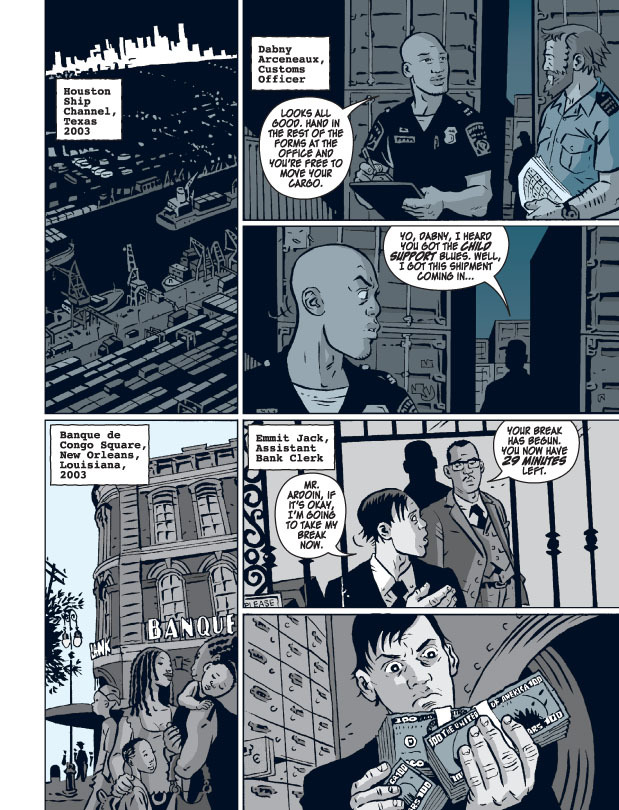 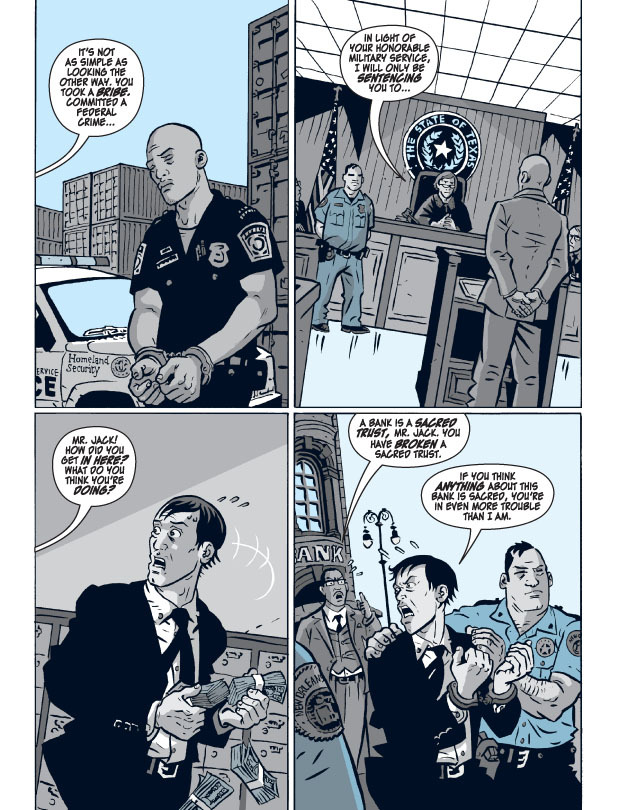 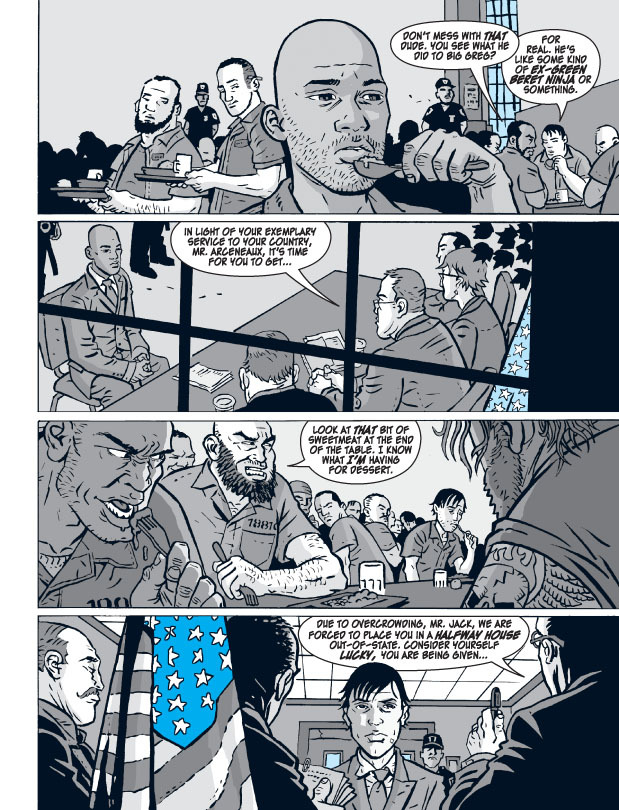 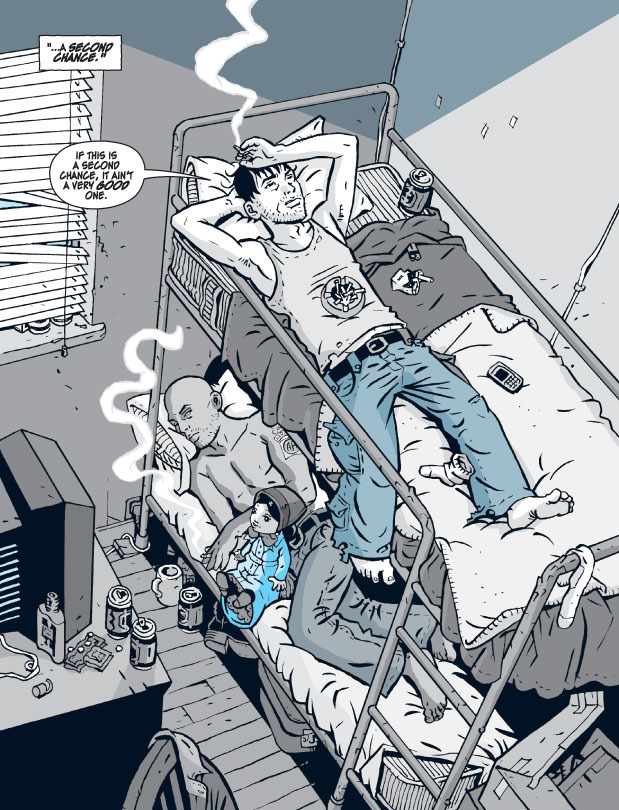 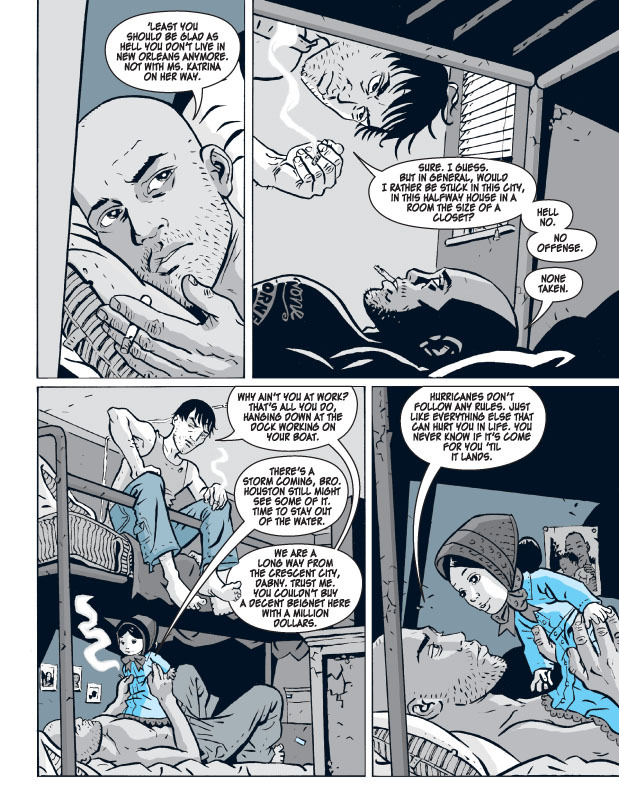 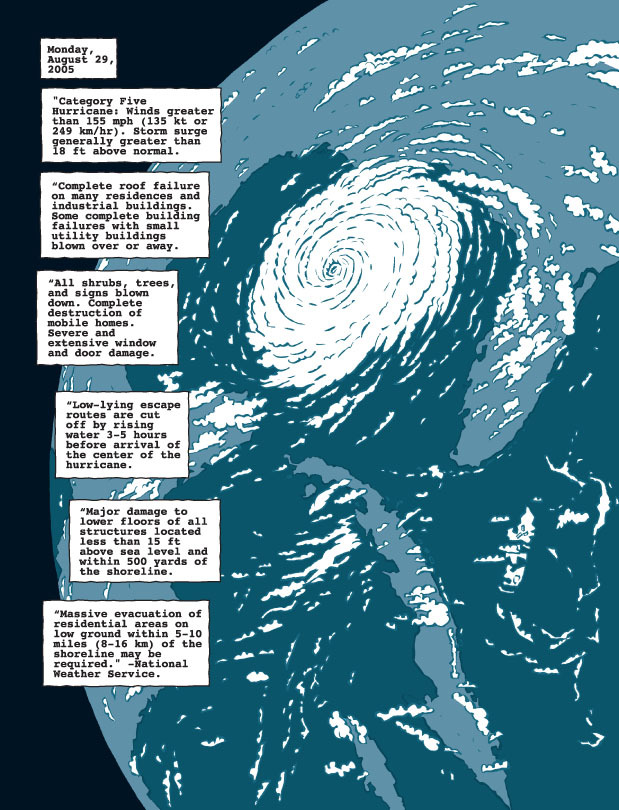 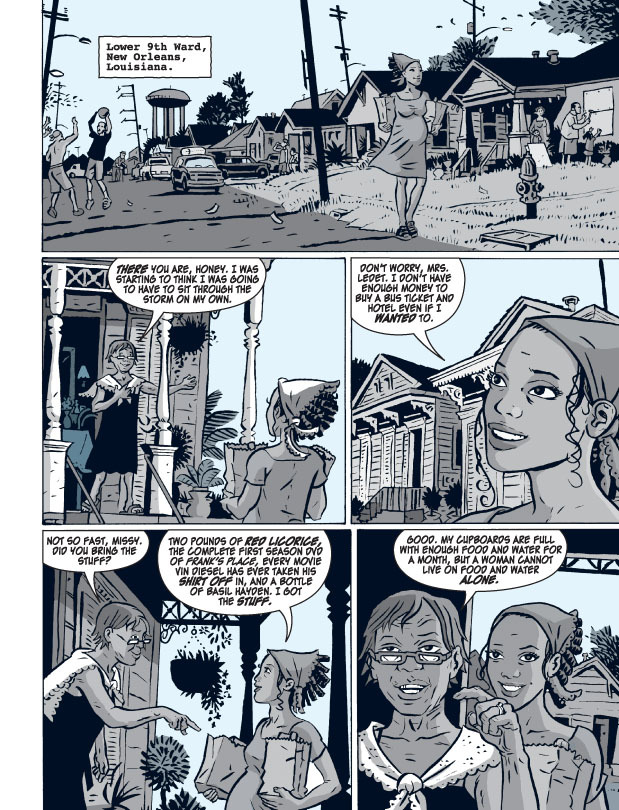 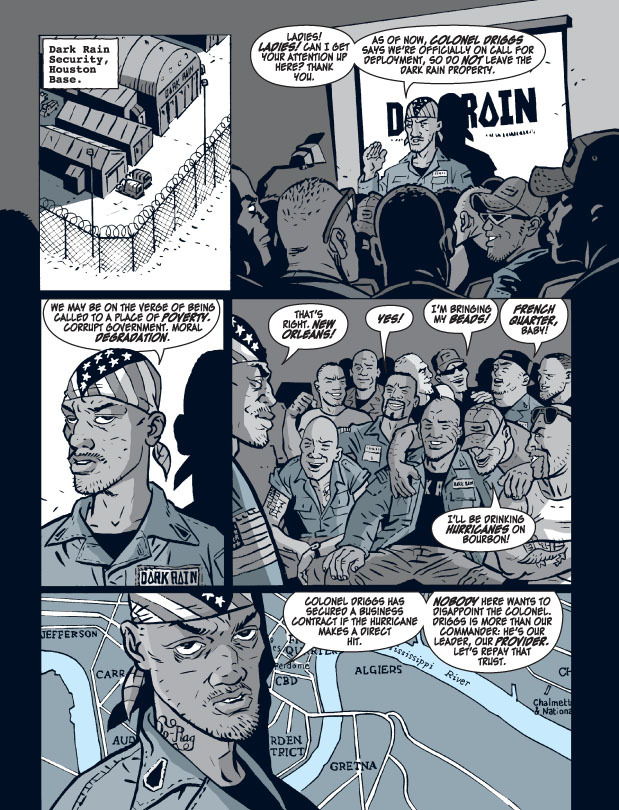 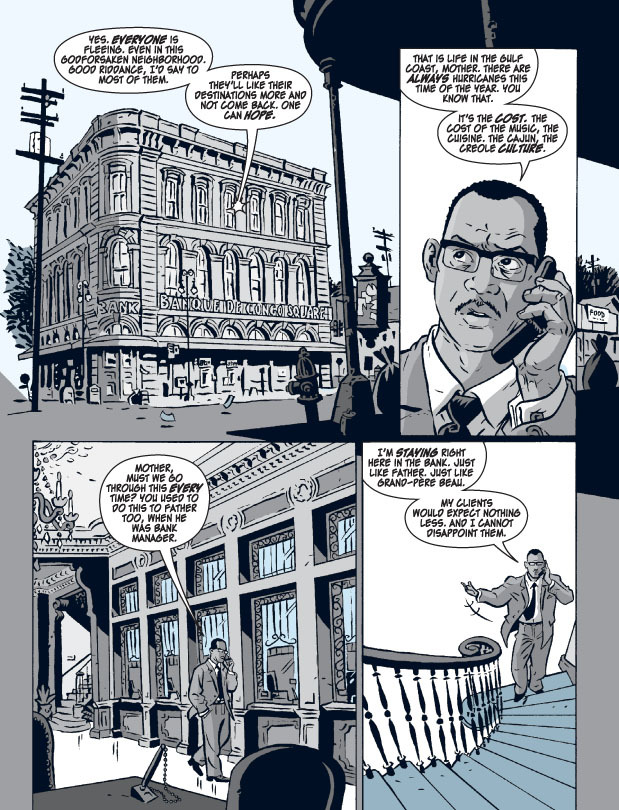 Bryan Young is the editor of Big Shiny Robot!, a geek news site.