Every photographer waits for the moment. In 1990, photographer Scott Christopher saw an opportunity. He knew what he wanted. The position. The angle. He took a risk and hoped for the moment. By chance, it happened. The result may be the greatest photograph of pop star Michael Jackson. It depicts a youthful man, at ease, at peace, clear eyed and creative. The photograph has now been unveiled for the very first time to the general public at the AMFM Fest in the Coachella Valley.

In April of 1990, Michael Jackson was in Washington D.C. to receive an award, the Artist of the Decade, from President George Bush Sr. One of the many related events was a visit to the National Children's Museum. Jackson was with a large entourage. His bodyguards, managers and publicists were milling with museum officials and selected guests. Photographer Scott Christopher was there to document the occasion. The group was halted as scores of school kids were assembling in the next room. Michael Jackson found a moment and he slipped away.

Jackson dodged into a small exhibit room and Scott Christopher followed. The photographer had developed a rapport with the pop star. They were comfortable with each other. Christopher and his camera had become invisible. Jackson sat down, next to a kid-sized table that held three toy xylophones. Above it on the wall was a photograph of jazz great Louis Armstrong. The trumpeter was rehearsing in a bathroom before a concert. A photographer had caught him in an unguarded moment.

Jackson took the xylophone mallet and began to play. There was a shift in the energy and Christopher sensed it. Michael Jackson was getting lost in his own little world. The photographer recalls, "Michael was within his heart of hearts." His face began to relax and his eyes lost focus. The man was having fun. He was playing music.

A photographer looks at elements. Jackson was playing with one hand, the other was relaxed beside him. Louis Armstrong held his trumpet at an angle. The contemporary pop star was lost to himself and so was Armstrong. Scott Christopher wanted a shot where Jackson's arm would parallel the trumpet. He could hope. He also could have popped off a few safe shots. He could possibly ruin the moment. He waited. Jackson continued to play, for himself.

After twenty to thirty seconds, the pressure of the photographer's finger opened the shutter of the camera for a fraction of a second. Light hit celluloid. An image was captured. Immediately, an official popped into the room and announced the start of the event. Reality beckoned. The moment was broken.

Scott Christopher has never shared the photograph of a very private moment of a very public man. He was waiting for the right moment. On June 14, 2013, the photograph was unveiled to the public at the AMFM Fest in Coachella Valley at the Incredible Artist Gallery. The festival, art, music, film and more, is sponsored by Film 4 Change, an organization that Christopher supports. The photograph is noteworthy in so many ways. 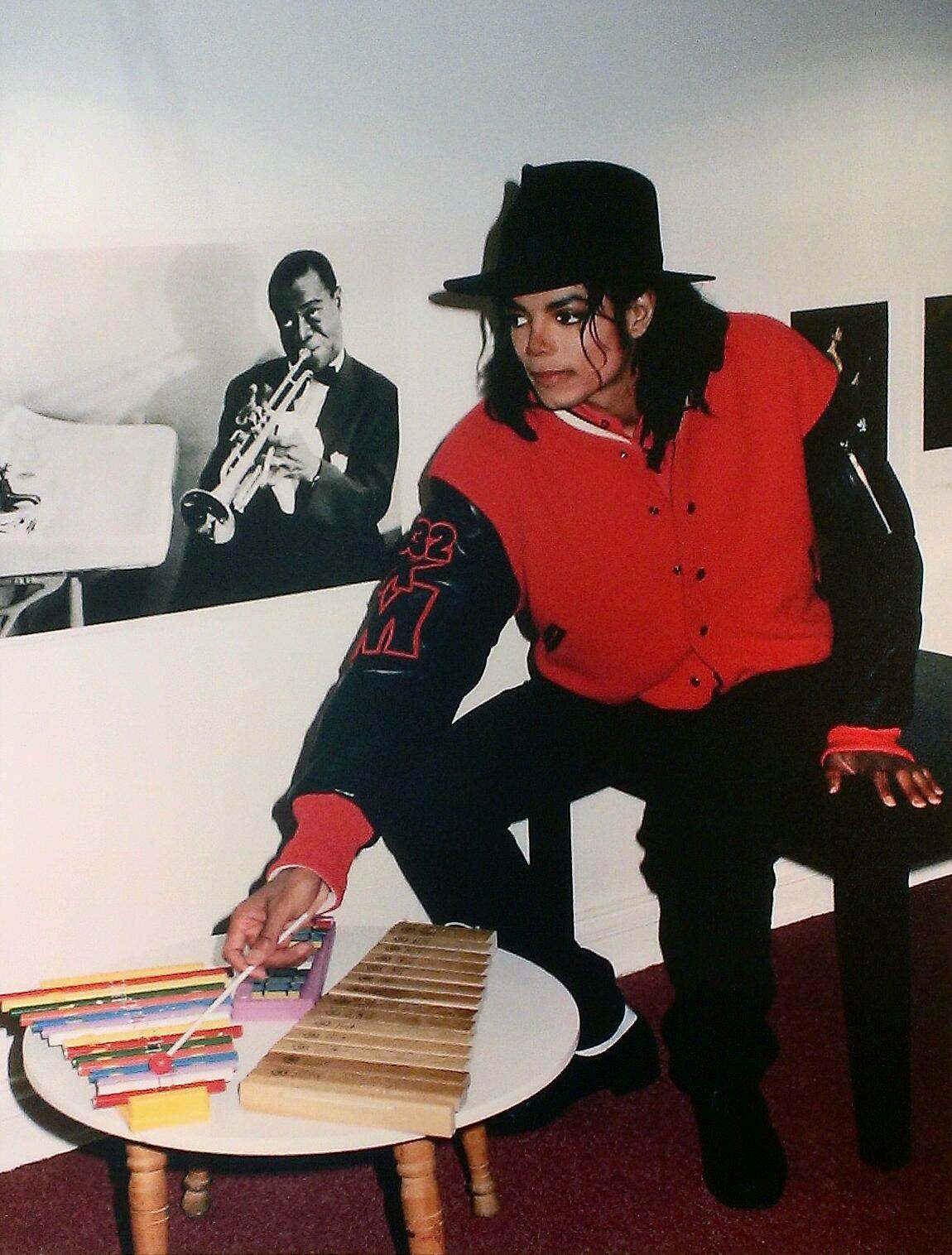