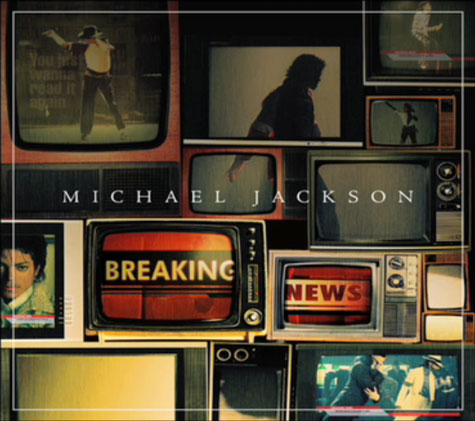 Since Michael Jackson's untimely death in June of 2009, speculation has run rampant about the music he left behind. How much is there? How finished are the songs? What is the quality of the material? And how and when will it be released?

Over the course of writing and researching my forthcoming book, Man in the Music: The Creative Life and Work of Michael Jackson (Sterling 2011), I was fortunate enough to take an in-depth look at Jackson's entire catalog -- including the work he was engaged in during his final years. My sources worked closely with the King of Pop throughout his life and have been trustworthy and reliable throughout the five-year process of the book. In the controversy that tends to surround all things Michael Jackson, it can be difficult to ascertain truth from fiction. But I feel confident with what I have learned about the material poised to appear on his first posthumous album, Michael.

A notorious perfectionist, Jackson always over-recorded. There are at least one hundred songs over the course of his solo career that did not make it onto his major albums. Some of those have already appeared on special editions and collections; others have leaked online in various forms; and many others have never been heard.

At midnight on November 8th, MichaelJackson.com streamed the first official song from the archives (excluding the early-Eighties demo, "This Is It," which was included as part of the companion album to the film of the same name). Even before its release, however, controversy surrounded "Breaking News" and the other so-called "Cascio tracks." The conversation has only intensified since then.

Predictably, little of that conversation has been about the content of the new track: the exceptionally ominous strings in the intro, its "Off the Wall"-esque chorus, or its signature Jackson indictment of a media that feeds on "breaking news" (read: scandals) with obsessive compulsion ("No matter what/ You just want to read it again"). Nor has much attention been given to the work of talented producer and longtime-Jackson friend, Teddy Riley, who gives the song a fresh but faithful sheen.

The irony, of course, is this is how Jackson's music has been received for decades, the substance overlooked in favor of sensationalism and distracting controversy. Yet part of it would no doubt bring a knowing smile to the man who once claimed he wanted to make his whole life "the greatest show on earth." Long before Lady Gaga, Michael Jackson was engaging artistically with both the monstrosity and allure of fame.

In "Breaking News," Jackson not only delivers his message, but anticipates the way it will be received. In one verse, he lashes out at those anxious to "write his obituary." In the chorus, he asks his listening audience, as he did throughout his career, who they project him to be: Is he the "boogieman" (a constructed monstrous figure) we're thinking of?

Certainly, by 2007 (the year in which "Breaking News" was recorded), he had learned how vicious and entrapping a lifetime in the spotlight could be. The previous two years he had been living as a vagabond, traveling from the Middle Eastern-island of Bahrain to the countryside of Ireland to a private chateau in Las Vegas. In the fall of 2007, he showed up with his children at the doorstep of his longtime friends, the Cascios, in Franklin Lakes, New Jersey. Jackson had been close to the Cascio family for nearly twenty years. During that time, they never once betrayed him for tabloid money (in spite of many offers), but showed him loyalty and allowed him a sense of normalcy he couldn't often enjoy. In the program at Jackson's funeral they are referred to as "the First Family of Love."

Jackson stayed with the Cascios for nearly four months and, along with Frank Cascio, Eddie (Angel) Cascio, and singer James Porte (aka Bobby Ewing), engaged in some of his most sustained recording since before his 2005 trial. Three songs created during these sessions -- "Breaking News," "Keep Your Head Up" and "Monster" -- are expected to appear on Jackson's new album, all of which Jackson co-wrote. During his time in New Jersey, Jackson also recorded vocals for Thriller 25, which was released in 2008.

Beyond the Cascios, several people close to Jackson were familiar with his work in New Jersey. He mentioned to these people that he was "excited" about the work he and the Cascios had generated. According to Jackson's longtime friend and manager, Frank Dileo, Jackson planned to have recording equipment brought to London during his 02 concert series so he could finalize some of his latest music.

The first of the Cascio tracks to be heard -- "Breaking News" -- obviously isn't a perfect realization of Jackson's abilities. Receiving the most critical attention are Jackson's vocals, the veracity of which even some family and fans are questioning. There are understandable reasons for this. This certainly isn't a "typical" Jackson recording: there weren't extensive warm ups with longtime vocal coach Seth Riggs, no layering and polishing by Jackson himself, no Bruce Swedien and world-class studio technology to capture the original vocal. This was a guide demo, supplemented by the supporting vocals of James Porte (for which he is credited), and produced nearly four years later by Teddy Riley.

Riley, who first began working with Jackson in the early Nineties, found it emotionally difficult to complete the unfinished work of his late friend. To tap into his inspiration, Riley had photographer Harrison Funk surround him with pictures of the singer. "That was the only thing to keep me sane, and not go crazy while I'm working," said Riley. "Because, you know, it would come out on the music if you hear me banging on the keyboards with tears coming out of my eyes."

Riley said his fundamental motivation was to extend the legacy of a friend. He approached the tracks, therefore, not attempting to overly embellish, but simply to fill in the best he could. His guiding thought was: "What would Michael want?" He even brought sounds Jackson had him record from previous sessions. The final product, of course, is an approximation. But for Riley it was a labor of love.

It wasn't until Riley submitted his work, and three of the songs were accepted by Sony for the album, that the controversy began. Certain individuals -- some with noble intentions, some less so -- began expressing concerns about the authenticity of the vocals. These concerns were taken seriously by Jackson's Estate. Attorney Howard Weitzman was asked by estate co-executors John Branca and John McClain to conduct a thorough investigation of the authenticity of the Cascio tracks. The Estate, after all, had a lot to lose if the tracks were fraudulent. Since Jackson's death, by all accounts, it had done a masterful job of preserving and enhancing the artist's legacy, including the release of the highest-grossing concert documentary film of all time (This Is It), a new music video collection (Michael Jackson's Vision), a Jackson-themed video game (Michael Jackson: The Experience), a groundbreaking show with Cirque du Soliel ("Michael Jackson: The Immortal World Tour"), and the biggest recording contract in popular music history.

Perhaps just as important, the Estate had passed on numerous deals, selecting only a handful of projects it felt were worthy of Jackson's name. Risking the substantial credibility it had established amongst both fans and critics for a handful of questionable tracks would have been reckless at best (for Sony as well, who had invested over $200 million dollars on the singer's posthumous projects).

In spite of Jackson's close relationship with the Cascios, therefore, the Estate certainly didn't accept them on blind faith. The Estate invited four of Jackson's primary engineers over the past thirty years, three producers who had worked with Jackson (including Teddy Riley), and spoke to one of the musicians that had worked with Michael over the years and who had also contributed to one of the Cascio tracks. Each of them listened to the a cappella version of the vocals on the Cascio tracks without any musical accompaniment so that they could give an opinion as to whether or not the lead vocals on the Cascio tracks were sung by Jackson. To a person they all confirmed that the vocal was definitely Michael Jackson. These engineers, producers and musicians are all people Jackson trusted and whose names would be very familiar to Jackson's fans.

In addition, at the request of John Branca and John McClain, Howard Weitzman retained one of the best known forensic musicologists in the nation to listen to the a cappella vocals and compare them with a cappella vocals from previously known Jackson songs. This expert performed waveform analysis, an objective scientific procedure, and found that all of the vocals were the voice of Michael Jackson.

Sony Music conducted its own investigation by hiring a second well-respected forensic musicologist who also compared the raw vocals from the Cascio tracks against known vocals of Jackson's and found that it was Jackson's voice on both sets of the compared vocals.
The Cascio tracks were also played for two of the most significant people in the music industry who played crucial roles in Jackson's career. Both of these individuals believe that the vocals are those of Michael Jackson.

It was also specifically verified that the vocals did not belong to well-known Jackson impersonator, Jason Malachi.

The results of this exhaustive investigation confirmed Sony's belief that the songs submitted by the Estate all contained authentic Michael Jackson vocals. The decision was therefore made to include three of the Cascio tracks on Michael. Other tracks will likely be included on future albums of unreleased material.

While these are not perfectly realized tracks -- as no posthumous material can be -- there is certainly much to appreciate. The Cascio tracks represent, after all, some of the last work Jackson ever wrote and recorded. It wasn't ready to be released, but then, Jackson wasn't ready to die.

"Breaking News," "Monster," "Hold My Hand" and the rest of the tracks that comprise Michael are, similar to the This Is It documentary, fragments of an unfinished vision. They aren't all the polished, perfectionist-Michael Jackson people are accustomed to hearing, but they are him, and what some of his closest friends and collaborators felt his fans deserved to hear.