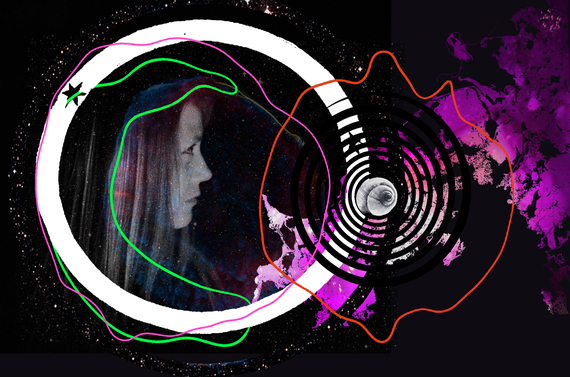 Mira Billotte casts spells. As White Magic, Billotte creates gorgeously hypnotic soundscapes reminiscent of a dream - weaving textures of sound at once psychedelic and meditative. She has previously opened for Animal Collective and Sonic Youth and has recorded with artists including Jim White (Dirty Three, Cat Power), Timi Koh (Ariel Pink's Haunted Graffiti), and Douglas Shaw (Gang Gang Dance). She is at once a vocalist, pianist, and composer who creates a sonic universe that expands beyond the constraints of genre. "Out Beyond the Moon" which we are pleased to premiere, transports us to a space beyond the moon and towards the sun. "Traverse into the moon / here we rest landing / on the silver dunes / love is everlasting / the sun the lunar moon" she sings.

This week sees the first proper release from White Magic in nearly seven years. With her EP I'm Hiding My Nightingale (out July 10th via Leaving Records), Billotte transports us into an atmosphere that embraces the mystical and soulful. We recently spoke with Billotte about recording, L.A. and New York, and reaching other realms.

J.L. SIRISUK: Are you in LA right now?

MIRA BILLOTTE: I am.

SIRISUK: I know you used to live in New York. How long have you been out there?

BILLOTTE: It's been three and a half years now. It's been a while but before that I was in Brooklyn for six years or something.

SIRISUK: Does it feel any different in L.A.?

BILLOTTE: It's a totally different vibe here, but there's still a really good music scene that seems to be growing right now. A lot of local stuff is going on. I live in Echo Park, so it's like the Eastside of L.A. There's a little bit of a community going on.

SIRISUK: Has being in L.A. added anything different to your music?

BILLOTTE: I think it has. The music tends to change with me and what my experiences are. Since living here, I've met a lot of people that have expanded my horizons perception-wise or creative-wise. The people tend to be a little bit more open minded here or they're just a little bit more free about stuff, where I feel like New York tends to be very militant about the trend or the creative trends happening. It kind of seems like if you're going against that, then it's a very strong current in New York. Whereas in L.A. it seems like everyone does whatever they want and everyone's cool with that. It's just a little more like, "Oh you do this, you do that. That's okay."

SIRISUK: There's a totally different vibe out there. It's been seven years since the last White Magic album. What made you decide to record this current EP?

BILLOTTE: It just felt like the right time. I have a lot of music and material and was sort of waiting for the right situation. I was approached by my friend Matthew (McQueen) who runs Leaving Records and he's a friend. I'm friends with his wife and it kind of organically happened. I was sort of focusing on just developing, having a lot of songs and having them finished but not really working on recording them or releasing them. He just came over like, "Hey, let's do something together." It seemed like a very casual thing, and I think that was attractive to me, that it was not very serious [laughs]. He's very accommodating and passionate about what he does and that made me want to do it because he's excited about stuff and that label is very interesting. I'm not really like anything else on the label, but it's very experimental and interesting.

SIRISUK: On the track "I'm Hiding My Nightingale" Ariel Pink he lends his guitars. Any other people you've enjoyed collaborating with?

BILLOTTE: I recently started working with a drummer whose a Danish guy and his name is Rune (Kielsgaard). I met him a year ago in Copenhagen through a friend. I met this drummer and he's really, really good for what I'm going for. I'm pretty particular about drumming because I used to be a drummer in Quix*o*tic, so I'm very particular about the style and I've worked with a lot of really great drummers, but he's really cool because we sort of just have this musical connection. It's almost psychic or something and that's how it is with most musicians that you really get along with and can really play well with. It's like you sort of have a telepathic connection while you're playing, so someone does this and then the other person is right there to follow because they know somehow. So that's the experience I've had with this drummer, so it's been cool. 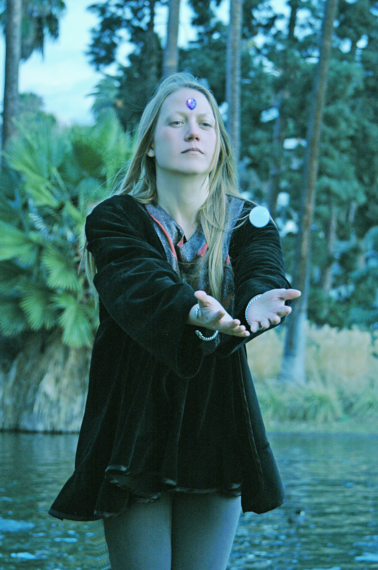 SIRISUK: There's something very mystical about all four of the tracks. You said you were approached by the label and already had these songs. I'm wondering how they came together.

BILLOTTE: Sometimes I have songs for a long time before I totally finish them, so sometimes I'll have five songs that I'll have around for years and then I'll finish them. "Runaway" is one of those songs I'd played live for a long time, but hadn't totally defined it in a recording or figured out exactly how I wanted to record it until now. The "Mora" song is pretty new and I just started playing it live this past year. It's definitely been over the course of a few years, having them around, playing them live and going back to them and changing things a little bit.

SIRISUK: Did anything in particular make you choose these four tracks for the EP?

BILLOTTE: Originally I had the songs "I'm Hiding My Nightingale" and "Runaway." "Runaway" we recorded in Copenhagen. So that was the first session I did with the drummer (Rund Kielsgaard) but he didn't play on that song. Matthew of Leaving Records really loved the last song which is "Out Beyond The Moon." That song was the other side - that was the split I did with Cass McCombs and I had recorded that one myself, so he really liked that and that was a benefit 7 inch that we did for Famous Class. I think they only made a few hundred or something like that so we decided to redo that one because Matthew really loves it and we would get it out there more by releasing it. "Mora" was like a new thing and I recorded that with the drummer - that was the more recent recording. "Mora" and "Runaway" I recorded this past year and the other ones were done a little bit before that. It's just an ear thing as well, you know. I feel that "Mora" is different from the others but it's an interesting middle song to have and anchors things together.

SIRISUK: I was wondering what you can tell me about White Magic.

BILLOTTE: For me it symbolizes what I do musically as far as what I'm trying to reach for, and sort of reaching for other realms that are beyond this reality. When I'm singing or writing, I'm trying to connect with those other realities and express them as best I can through this vehicle, and I really feel that that's where inspiration comes from. It's sort of like a divine connection and being creative like an artist or musician, or anyone who does anything creative, needs to open themselves up to that channel with divinity. Almost like letting your ego go, letting your identity go and just receiving, and I feel like that's where inspiration comes from and it filters through ourselves and our vessel to give it that uniqueness. White Magic to me is the magical realms, it's the good magic that's really out there that we don't see, that we're not paying attention to because we're in this supposed concrete reality that is supposedly defined by science and logic, and that's not really where I'm coming from. Musically that's not my approach. So it's really just about that divine energy, or that positive energy, or that positive magic that I'm going for.

Out Beyond The Moon