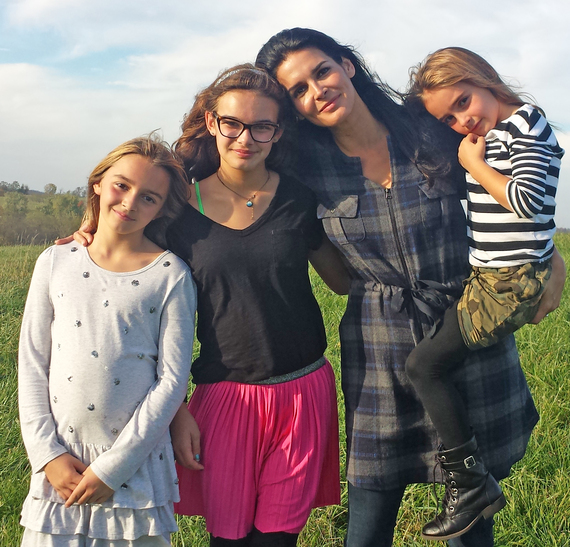 Angie Harmon and her daughters, proud roots and an amazing gene pool
(courtesy of TLC)

This Sunday on Who Do You Think You Are? (March 22, 2015 at 10/9c on TLC), Angie Harmon -- who always thought she was Greek, Irish and Native American -- makes some surprising discoveries about the Harmon branch of her family tree.

Her 5th great-grandfather, Michael Harmon, emigrated from Germany as an indentured servant and wound up serving as a soldier in George Washington's regiment at Valley Forge. After a bleak season in hell, he and others mutinied against the Continental Congress in protest for basic rights of food, clothing and shelter ... and won! Michael went on to become a well to do land owner in Kentucky where Angie pays her respects at land that remains in the Harmon family today.

Check out this sneak peek of Angie's reaction to walking in her ancestor's footsteps at Valley Forge.

Who Do You Think You Are Ancestors Genealogy Kentucky History