From the time she was 18 and moved to New York City to become a model, Beverly Johnson longed to be on the cover of Vogue. "It was the pinnacle, like winning the Super Bowl for the modeling industry," she says of the fashion bible. Two years later her career exploded. Johnson was working nonstop with top photographers and regularly appeared in the pages of Vogue and other magazines, but that cover remained just out of reach. Even her super agent at the time told her, point blank, that Vogue would not put her face on its cover.

But in August 1974 everything changed. That month, Beverly Johnson, 22, became the first black model on the cover of Vogue magazine. "For generations in this country, beauty was traditionally represented by three very distinct ideals in virtually all media: blond hair, blue eyes and fair skin," says Johnson. "My cover shattered that notion forever....Women of color could boldly say to the world, 'Hey, look at me! I'm here and I have value and I am beautiful.'"

In her new memoir, The Face that Changed it All (Atria Books), Johnson chronicles her inspiring journey -- from Buffalo-born daughter of steel mill worker to supermodel and beauty icon who formed friendships with Jackie Kennedy, Calvin Klein, Eddie Murphy, Jack Nicholson and others. We learn how Johnson's mother went against her husband's wishes and set up appointments for their daughter in New York City to help launch her career. Johnson recounts how she became an in-demand globetrotting superstar hanging out at fashion designer Halston's legendary parties with Liza Minnelli and Elizabeth Taylor, going to Studio 54, her relationship with tennis legend Arthur Ashe and much more.

In great detail and candor, collaborating with writer Allison Samuels, Johnson reveals the many challenges she faced in her marriages -- her abusive husband who stole from her, her brutal custody battle for her daughter Anansa -- and her career. It's a tale of struggle, mistakes, survival and great triumph.

"I've had and am having an extraordinary life," Johnson says. "I wanted to tell my story. I didn't want to die with my song inside of me."

Beverly Johnson answered questions about her life, career and Bill Cosby. Read the full interview at this Parade.com story. 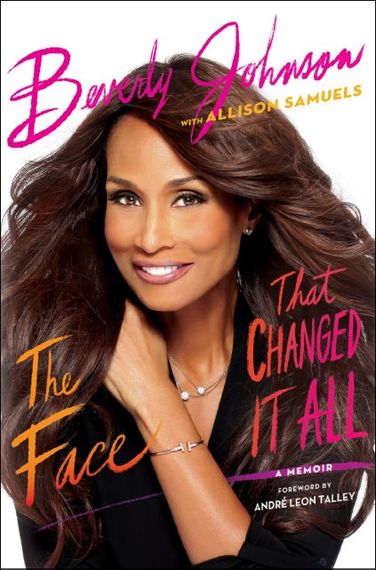