"Dropping him off at the airport is his way of exerting control and it's definitely MY way of controlling WHEN and HOW he gets home from his business trips" says Laynie. Laynie, whose name has been changed to protect her identity, is a full time socialite and housewife with a secret known by many. She's a part time prostitute, for the thrill of it. "My first time was after one of our dinner parties. One of my husband's colleagues commented on what a lucky man my husband was, that he would have taken me off the market to if he had met me first!" Laynie says that her husband is so caught up with his own life that he doesn't have time to keep tabs on what Laynie does to keep herself occupied while he's away on business. Noting that he's never even noticed the diamond bracelet she was gifted with after a "quickie" in the pool bath that night with one of their guests.

Laynie says that 70% of her clients are in fact her husband's compeers with the remaining 30% being men she meets in random places like the grocery store, mall or gym to name a few. I have so many questions for Laynie and do not know where to begin but decide on "Why prostitution when she obviously has enough of everything including money and doesn't have to do that and why with her husband's coworkers?" "Because there's a rush I feel when I know I'm doing something dangerous, it's like shop lifting, which I've done numerous times! There's this excitement of knowing that who I'm having sex with either had a meeting with my husband at some point, knows him or just got screwed out of a deal my husband brokered."

A little confused by her frank talk about her behavior, I have to say it almost sounds as if she dislikes her husband and has found a way to get back at him for something he's done. Has he ever cheated on her is my next question and if so, why not leave him versus placing herself and everyone involved in danger. The risk of getting caught couldn't possibly be THAT exciting I say. "I wish he had emotion where I'm concerned, but he doesn't. Let me correct that. He cares about my trainer doing her job and me going to the gym. He cares about what I wear and eat. He cares about our social status oh and he cares that I am the perfect wife and all his needs are met, by someone else. His mistress. He cares quite a bit, but not about WHAT I THINK he should care about." There's my "aha" moment. He has a mistress.

So how does Laynie go about her rendezvous, does she get paid and if so how much? Laynie says that "Once I drop him off at the airport, all bets are off and I'm on my way to what I have set up. He's usually gone 2 -3 weeks, sometimes an entire month." Laynie goes on to say "I always know what he'll be doing, who he's with or where he's going because he marks his calendar with EVERYTHING he has planned, including time spent with his girlfriend. He's sadistic that way, punishing me for putting up with his lack of attention." So Laynie says when he's not around, she does what makes her happy. And being naughty with men in his circle is what does it for her. And of course Laynie gets paid, what a stupid question on my part. Laynie says that she isn't cheap, after all, how many men can say they've just had sex with a millionaires who's up for anything? And she does mean anything as she says "not a thing about sex grosses me out!" And if her session turns into a ménage a trois or an orgy, she's smart enough to pick up "people that don't travel in our circle."

What about STD's and STI's, isn't she afraid of catching something and passing it on? "Condoms! If you don't have one, I have 100!" Laynie says that most everyone she has sex with has at one time or another attended social gatherings she and her husband have hosted. "It's interesting, I look around the table and reminisce about what I've done with most of our guests." Laynie says that she imagines her husband thinks about everything he does with his girlfriend of 5 years as she to is invited to all their social gatherings.

How does everyone keep her secret so her husband doesn't find out and has it ever been more than an affair?

"These aren't lunch or dinner dates I go on Lisi, it's strictly sex! There's no emotional involvement, just sex! In the car, a hotel room, wherever we fancy. These aren't affairs! THAT'S the excitement. And why would they say something to my husband when I would never say anything to their significant others?" She says the safest people to rendezvous with are people that have something to lose. That's WHY they keep each other's secret. Again I say "let go of this empty marriage or can it be fixed?" "Are you insane? Why would I divorce him and clear the way for his girlfriend to be his next wife? Fix? Then all MY extracurricular activities end. Besides, he does his thing and I do mine. It's a win win for everyone, at least for now." Laynie says that she doesn't hate her husband, but does remember a time when it wasn't like this and accepts that this is their relationship now. Not only that, Laynie says that the money she has made as a "working girl" is bearing financial fruit hand over fist in savvy investments.

Laynie says that she and his girlfriend share the same trainer and both get their hair done at the same salon. And her husband pays for it all. Ha! Another "aha" moment! It's making more sense to me now, not that it has to but like listening to an orchestra play Rachmaninoff, Laynie has played me a tune which I understand. I'm not judging, more dumbfounded by Laynie seemingly having the life that at least from the outside looking in, seems to be a life of plenty. But in fact is a life far more complicated and void of what she needs. But then again, I'm not Laynie and that's just what it looks like to me.

Does she desire love, romance and to be in a relationship with a one woman man? No is her answer to all the above. "I volunteer, put together fundraisers, my life is full. And most nights I sleep sideways on my bed because he's not home anyway." Sleeping sideways is the best!

Finishing up lunch at Del Frisco's in The Galleria with Laynie, I feel like she got quite a bit off her chest and I was happy to be her sounding board. I traveled her verbal journey on a day when she wanted me to know how she filled her time when her husband is away. Laynie, you don't owe me let alone anyone out there an explanation. But you do owe yourself something and only you will know what that something is. And I hope you find it. Soon. 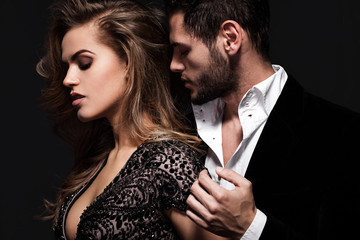