In the latest example of how even small fitness changes go a long way, researchers at Queen's University in Ontario report that physically active people are likely to live several years longer than those who are inactive.

No news there, but what is important to note is that black women benefited from regular exercise the most. (Yes, the same group who, as adolescents, don't reap the same obesity-lowering benefit from exercise as their white counterparts, according to a study released earlier this year.)

In the Canadian study, which was published online Dec. 11 in the American Journal of Preventive Medicine, those who reported getting at least two and a half hours of moderate activity a week were anticipated to live nearly six extra years.

"We were able to show that if black women engage in an hour of vigorous activity like jogging or swimming, that would extend their lives by 11 hours," said study author Ian Janssen in a release.

Janssen's research examined American health statistics from 1990 to 2006, including death rates and surveys about physical activity. Although not as marked as the benefit for black women, the study also found that white men who were active at age 20 were expected to live an extra two and a half years, compared to those who weren't as active, while physically active white women of the same age were expected to live three years longer than those who were not.

But there is a caveat, the report states. It isn't clear whether these men and women had to remain active over the rest of their lives to get those extra years.

In addition, no benefit was found for hispanics who were more active, a disparity that remains unclear.

Janssen's study comes on the heels of a report by the Associated Press' Stacy A. Anderson on black women's commitment to help curb the nation's staggering obesity rates, including efforts by historically black college Spelman, who recently disbanded its NCAA teams in order to devote those resources to a campus-wide wellness program.

Nutritionist and author Rovenia M. Brock commented that getting active is only about 20 percent of equation, however, with the remaining 80 percent revolving around how much people eat.

But don't go trimming calories in an effort to lengthen your life just yet. According to a study published in August, extreme calorie restriction has not been proven to extend one's life. Try adding these tasty items to your diet instead. 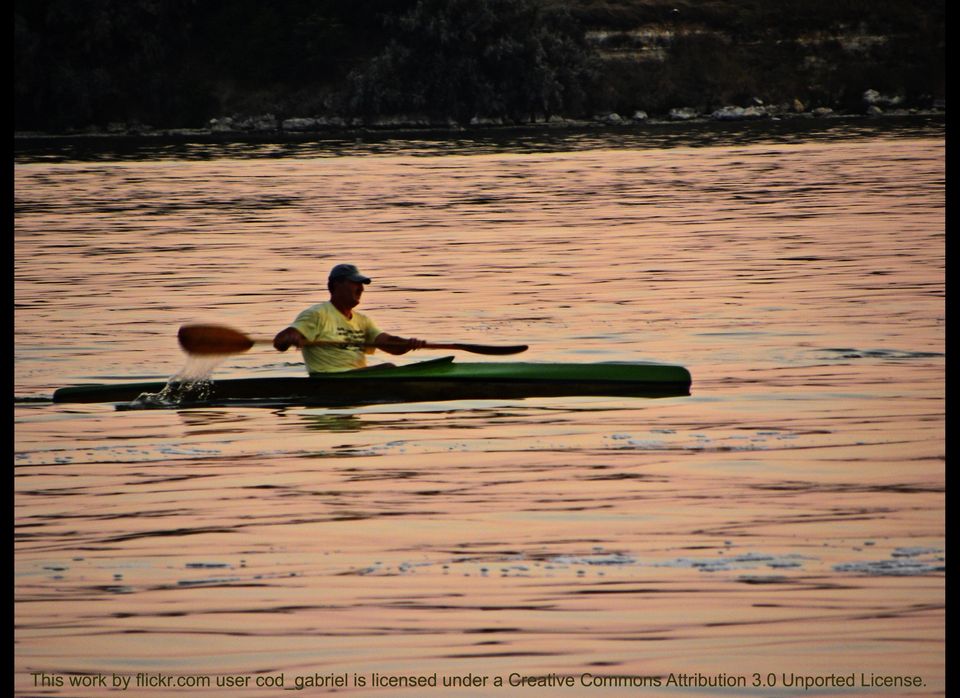 1 / 7
Canoe For 2 Miles
You can burn 315 calories in 30 minutes of canoeing at the vigorous but <a href="http://www.healthstatus.com/cgi-bin/calc/calculator.cgi" target="_hplink">manageable pace of four miles per hour</a>.
FLICKR: COD_GABRIEL