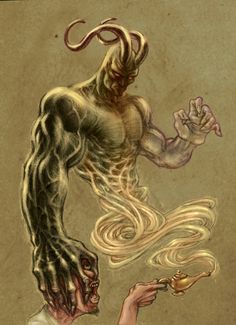 The idea of finding the benefits of exercise in a bottle has been the stuff of myth, until now. Recent research suggests this long sought genie may be out of the bottle.

You must wonder which Nobel Prize-filled laboratory could have had the brain power, the creativity, the technology, much less the funding to do such magical science. Well, this remarkable work was performed at the NIH. No, not that NIH (National Institutes of Health). The NIH that brought you previous breakthroughs such as Juicy Juice, Hot Pockets, and Goobers. The other NIH, Nestle Institute of Health, of course.

Yes, scientists at Nestle, the largest food company in the world, published their work in the journal Chemistry and Biology on Nov. 24. Kei Sakamoto's research team in Switzerland demonstrated how a compound (C13) could activate a master metabolic control switch, AMP-activated protein kinase (AMPK). AMPK activation inhibits fat production in the liver and increases the body's capacity to burn sugar.

This is good news for the elderly and those with disabilities that preclude the possibility of physical activity. Of course the much larger potential market of simply sedentary people represents the sweet spot for such a product. This could also be viewed as good news insofar it might help stem the tide of the obesity and Type 2 diabetes epidemics.

I can already hear the ad campaigns for this AMPK activator: "Get AMPed," "AMP Up," "AMP or CRAMP," "My dude may be a couch potato but he's AMPed."

But for those who think you finally can have your cake and eat it too, slow down. Such a compound, even if it works as well in humans as mice and doesn't have pages of side effects, will never deliver what good, old fashioned physical activity does.

More:
Diabeteshealthy livingobesitylifestyleHealth
Newsletter Sign Up
The essential guide to taking care of your mind and body
Subscribe to HuffPost’s wellness email
Successfully Subscribed!
Wellness delivered to your inbox