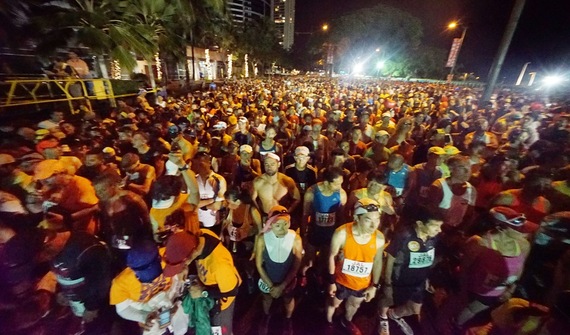 When Harvard neuropscychologist Dr. John Ratey met an injured marathoner back in 1980, he noticed something strange. The laser focus so common among disciples of the 26-mile footrace had unraveled into restlessness, fidgeting, and inattention -- the most common symptoms of ADHD. Constant exercise, he discovered, had been acting as physical Adderall. Over the next 30 years, Ratey found that exercise has the same effects on attention-deficient superathletes and regular individuals alike. Now, Ratey's at the forefront of a crusade to bring exercise back into schools, rebranding it as an alternative to the habit-forming stimulants used to treat ADHD. There's just one big problem: Exercise can't be sold.

"Most of medicine is run by the pharm companies," he tells Inverse. "There are very few people interested in funding alternatives to medication."

ADHD drugs -- largely composed of methylphenidate and amphetamine sold as Ritalin and the aforementioned Adderall -- constitute a $13 billion industry, with sales rising by 8 percent annually since 2010, as IBISworld reported last year. That the ADHD diagnosis rate is rising as well -- in 2013, it was 11 percent of American kids, representing a 42 percent increase over 10 years -- shouldn't come as a surprise. Not only is it easier and more lucrative to prescribe pills over exercise, says Ratey, but the fact that people are now so sedentary makes it all the more likely that attentional problems will surface.

"Very few people are exercising these days, especially kids," he says. "Without the movement, we're seeing much more of the diagnoses."

What Ratey wants to do is bring back the past. Before drug treatments were developed, dealing with kids who had so-called "hyperkinetic disease" used to be as simple as letting them run around, in the manner of marathoners or overly frisky dogs, until they tuckered themselves out. Now Ratey's trying to revive that paradigm by backing it up with science.

There's an "explosion of papers," Ratey says, in the science literature that provide ample evidence that physical activity helps control ADHD and improves the functions of the frontal cortex. The cortex controls executive function -- the thinking part of the brain. "When you get kids moving and have them involved in sports, attentional issues go away," he says. "These are proven facts. It's not even a question."

He's spent the better part of the last 30 years co-writing what he calls the "ADHD bible" and campaigning to introduce exercise in schools to improve attention and decrease reliance on pills. But it's been a hard sell. Medicating is just so much easier.

Ritalin, approved to treat kids in the 1960s, was revolutionary. The drug made it possible for weary parents to manage unruly kids whose excess energy and restlessness verged on the pathological. But it was also the start of a complicated relationship with pharmaceutical treatments for ADHD, as parents became increasingly leery of fostering reliance on such meds. Newer drugs such as Adderall, Vyvanse, and Concerta are essentially modified speed -- which Esquire recounted last year:

"According to manufacturers of ADHD stimulants, they are associated with sudden death in children who have heart problems, whether those heart problems have been previously detected or not. They can bring on a bipolar condition in a child who didn't exhibit any symptoms of such a disorder before taking stimulants. They are associated with 'new or worse aggressive behavior or hostility.' They can cause 'new psychotic symptoms (such as hearing voices and believing things that are not true) or new manic symptoms.' They commonly cause noticeable weight loss and trouble sleeping. In some children, some stimulants can cause the paranoid feeling that bugs are crawling on them. Facial tics. They can cause children's eyes to glaze over, their spirits to dampen. One study reported fears of being harmed by other children and thoughts of suicide."

America remains stubbornly attached to the Adderall fix for ADHD -- or perhaps it's just that we're physically and intellectually lazy -- despite these effects. Treatment remains a system of trade-offs where ease has, inexplicably but not surprisingly, managed to outweigh health hazards and costs combined.

Ratey is a realist, but he waxes optimistic about his campaign, citing schools that have successfully implemented three 20-minute periods of daily exercise as a way of curbing reliance on ADHD drugs. A review he wrote points to the underlying brain mechanism behind the effect -- the increased allocation of neuroelectric resources to attention centers in the brain after 30 minutes on a treadmill. The soundness of the research, indeed, endangers the monopoly the pharmaceutical industry has over the ADHD world.

"Can exercise be a replacement?" Ratey asks rhetorically. He maintains that, in almost all cases, exercise will help or could supplant the need for medication. "Medicine's great! Believe me, it's magical. But, you know, there are other ways to address these issues."