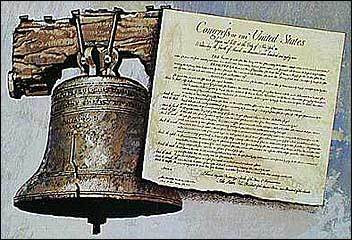 On September 11th 2001, the TV show I was watching cut abruptly to two tall, shining towers that I didn't recognize. One tower had a deep burning hole in its side. Then a news journalist's voice pierced the eerie silence.

It took me a few seconds to realize this wasn't a trailer for some Hollywood blockbuster. Something was happening live on the other side of the world, and my local TV station decided I needed to know about it.

It was almost 9 p.m. in my Singapore family room. The journalist soon confirmed that a plane had crashed into the North Tower of New York City's World Trade Center. At the time, they believed it was a tragic accident by an errant pilot. My heart was in my mouth, pulsating with pain for the victims.

At 9.03 p.m. Singapore time or 9.03 a.m. New York time, I saw Flight 175 hit the South Tower. For the next 6 hours, and through the rest of the week, I stole moments to bear witness and stand with America in its horror and grief.

Every year, I mark 9/11 by watching as much of the televised memorial service as possible. I shared that Tuesday morning with you, and I prayed for your peace from afar. Now that I live and work in this land of the free, it feels even more important to honor the nearly 3000 souls who departed that day. I also honor the values that they lived and unknowingly died for -- their workplaces that symbolized economic stability and American might, and their life stories that reflected individual freedom and self-determination.

This year, 9/11 took on added significance in my bicontinental life.

For the first time ever, I was able to exercise a fundamental freedom -- the right to vote in Singapore's general elections. By chance, 9/11 was our polling day.

I'd always enjoyed this right. Singapore is a parliamentary democracy and has been fully independent from British colonialists or regional federations since 1965. Elections are free and fair.

The thing is, we've had a single-party system since that independence. And that single party, for all its quirks and missteps, has elevated us to a level of material comfort and economic prosperity that's the envy of both Third and First World nations.

Opposition parties have been waiting in the wings. Through the years, a smattering of their candidates has contested and won parliamentary seats. But uncontested seats were far more common in a general election than contested ones, which meant that non-voters like me were a dime a dozen.

For much of my adulthood, polling days in Singapore were bittersweet. Despite the frustrations of an American election and its sea of mud-slinging ads, campaign speeches and propositions, I used to feel a curious twinge of envy for my American friends during U.S. election season. You can lend your voice to so many issues, even if there's currently no explicit right to vote in the United States Constitution. The entire political system, from polarized party ideologies to questionable campaign funding through to patchy voting access, is definitely aching for structural reform. But as an American citizen, many of you do have the choice to weigh in.

I finally got to weigh in too, on September 11th 2015. For the first time in 50 years, all 89 parliamentary seats in Singapore were being contested. I happened to be in Singapore, and was thrilled to participate in the process.

When I walked into the polling booth, and for a flicker of a moment, I remembered the thousands of souls on that other September 11th, 14 years ago. How many times in their lives had they exercised this fundamental freedom to vote? How much faith and trust had they placed in their government and armed forces to serve and protect them? Do we, as a global human race, feel any more confident about ourselves or our political leaders after 9/11?

In his book The End Of Power, Moises Naim makes the compelling argument that traditional power is decaying globally, in areas as diverse as politics, the military and the media. He highlights the growing dominance of coalitions at best, and gridlock, parochial interest groups and vetocracies at worst. I'd read his book a week before Singapore's general elections, and surmised that we'd soon join the ranks of those decaying powers. It seemed a natural consequence since 8 opposition parties were giving the ruling party a run for its money. If Moises' thesis held, then shedding our single-party system of governance seemed a necessary step toward political maturation and greater public discourse.

For years, human rights groups had criticized the ruling party for its tight political control or for restricting freedom of expression. And judging from the growing discontent with that restricted freedom of expression, rising immigration, income disparity and public transportation breakdowns, plus bolder Singaporeans openly airing their grouses online, the opposition parties seemed destined to increase their presence in parliament.

Our election results surprised everyone. Not only did the ruling party retain its seats, it gained more ground nationwide, securing nearly 70 percent of all votes cast. Opposition party members couldn't wrap their heads around their losses. Netizens began to see the online complaints as hot air, not indicators of the silent majority's support for or retreat to the incumbents. And once again, I saw Singapore buck a global trend, one that had been so cogently argued by Moises Naim. For all intents and purposes, power had not decayed in Singapore politics.

What, then, of Singaporeans' desire for the democratic ideals of individual freedom and political plurality? If we were ever in an ideological bind, would we want America to parachute in and help us move toward that freedom and plurality?

If you had asked the late founding Prime Minister of modern-day Singapore Mr Lee Kuan Yew, who died in March 2015 at the age of 91, his answer would be an unequivocal no. As Henry A. Kissinger writes in his foreword to Mr Lee's memoir From Third World To First, "Lee Kuan Yew would not be true to himself were he less than frank about his analysis of the difference between the individualism of the West and the priority for social cohesion in countries such as his and in much of the rest of Asia. He does not ask us to change our patterns, only to refrain from imposing them on societies with different histories and necessities."

And when Singapore's ruling party, the party that Mr Lee founded, went to the polls on September 11th 2015, it's clear that at least 70 percent of the electorate tends to agree. Notwithstanding the quality, or lack thereof, of this election's 8 opposition parties, Singaporeans have placed their faith in the incumbents to serve and protect them. Notwithstanding the hard work that the ruling party has put in to regain the ground they lost in the 2011 elections, Singaporeans are not ready or willing to place their bets on an untested opposition party or coalition to form the government. And notwithstanding the democratic ideals of individual freedom and political plurality, Singaporeans aren't yet poised to trade in their safety, comfort and efficiency for those ideals.

As Michael Barr, an associate professor at Flinders University in Australia who closely follows Singapore politics said, "It seems Singaporeans are not that concerned about issues like freedom of speech or democracy... they are more concerned about making money and getting by, and I guess that is fair enough," said Barr.

In our own way, Singapore exercised its definition of freedom on September 11th 2015. As the families of America's 9/11 victims found sanctuary in each other and reflected on how their loved ones had lived and died in the land of the free, Singapore found sanctuary in their ruling party and reflected on how these known political entities might help them thrive in the years to come.

I feel a deep connection to Singaporean and American values. After years of soul searching, I have made peace with their cultural contradictions and forged my own blended path of being in each country and in the world. I'm grateful for this hard-won sense of self, and will now mark 9/11 with a more profound understanding of both lands.

Maya is an inner peace coach who helps leaders and organizations reinvent themselves with more self-awareness, grace and conviction. Enjoy her writing? Support it here. She's also the creator and host of the Executive Book Club Podcast, where she shares practical wisdom for soul-searching leaders. Catch her podcast review of The End of Power here.