In the predawn hours of Sept. 3, 1965, Norman Muscarello was hitchhiking home, when a brightly lit 90-foot-wide object silently approached him from the sky, leaving him terrified.

At about the same time, a woman called the local police station in Exeter, N.H., to report that a large, silent craft with flashing lights had followed her car for over 10 miles before vanishing in the night.

Thus began a series of UFO sightings that evening that would forever change the New England town of 7,000 people.

After Muscarello told his story to local police, he and Officer Eugene Bertrand drove out to the area where the UFO had been spotted. Within minutes, both Muscarello and Bertrand watched as a huge object rose up behind the trees, giving off a reddish glow.

During the night, several witnesses -- including another police officer -- reported seeing the mysterious object, and a subsequent Air Force response to the sightings indicated it was "unable to identify the object."

Nearly half a century later, nobody has been able to explain that strange evening.

The events sparked widespread media attention -- including a two-part article in "Look" magazine -- and became the subject of the John G. Fuller book "Incident at Exeter."

"Not only is this a fine example of a close encounter of the first kind, but it is a showcase illustration of [the Air Force's UFO Project] Blue Book negligence, put-down of witnesses, attempts to explain away the testimony of responsible witnesses with a parade of 'official' explanations, and of capitulation on the part of the Pentagon which, months later, had to admit that the case should have been carried as 'unidentified,'" wrote astronomer J. Allen Hynek in his 1977 book, "The Hynek UFO Report."

The late astronomer served as scientific consultant to Project Blue Book, the official Air Force study of UFOs conducted between 1952 and 1969.

Friedman recalls the significance of the original 1965 Exeter UFO incident.

"There were police officers involved as well as independent witnesses," he told The Huffington Post. "It was a well-documented case and one where there was no reason for anybody to think that this was anything other than a very legitimate event."

Friedman, ever the pro-alien reality advocate, told the large festival crowd that it's not impossible that the technology needed to travel the vast distances between star systems exists and is already being used -- an idea which UFO skeptics have long debunked.

"This is a very special time," Friedman said. "Our society has opened Pandora's Box. We figured out nuclear fusion. And nuclear fusion -- which you can use for H-bombs -- also can be used for propulsion. So we have to be concerned [about] anybody else in the 'neighborhood.'"

"I worked on nuclear fusion propulsion systems which would allow you to kick particles out the back end -- having 10 million times as much energy per particle as they can get in a dumb old chemical rocket. Therefore, anybody in the neighborhood would be certainly concerned about these idiots who killed 50 million people in World War II."

Whether or not extraterrestrials may consider Earthlings using nuclear fusion propulsion systems as any kind of threat, the fact remains that of the huge numbers of UFO sightings that occur around the world, approximately 5 percent are still not fully identified. 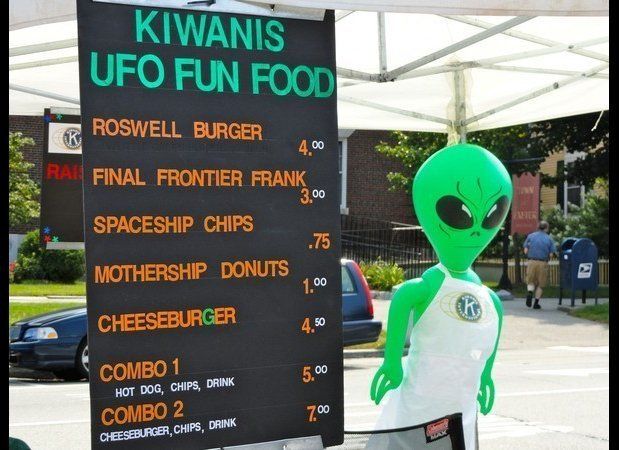