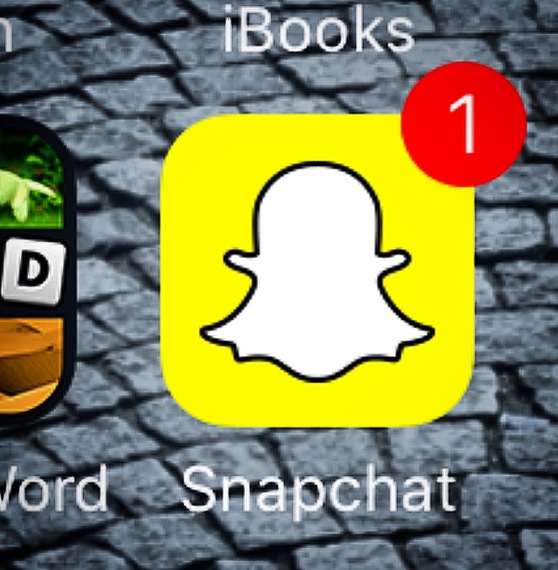 Without question, I am the most incompetent individual using Snapchat on the planet today, a Neanderthal when it comes to hi-tech forums for sharing photos and videos via smartphones and the like. I know this to be true because my teenage daughters broke the devastating news to me. Thankfully, I'm not particularly devastated by it--just discouraged, and slightly annoyed by my failure to embrace yet another trend in social media.

According to my brood, it seems that I've missed the whole point of said craze. While I'm fixated upon sharing my treasured photographs, clever memes and the occasional video clip with friends and family on Facebook, Instagram and Twitter, I'm passionate about preserving them as well. Like seashells I've culled from the miles of shoreline I've trekked, I want to enjoy them later, slowly turning them over in my hands, feeling the grit of sand between my fingers, revisiting the memory that was created in the gathering process.

Such is not the case with Snapchat, however. It's a transient beast. A keyhole view of life that self-destructs within mere seconds. A way of capturing the gloriousness of an instant (serious or silly as that might be), and then letting it die, just as the ephemeral traces of fireworks fade into the dark of night.

Needless to say, the whole thing seems completely foreign to me and I'm having great difficulty wrapping my mind around the concept, despite the fact that Thing One and Thing Two have spent upwards of FIVE WHOLE MINUTES trying to help me understand. Of course, how could I expect them to invest more time, given the fact that they're terribly busy Snapchatting with their inner circle of cyber friends? However, I'm part of that inner circle now, so it's all good.

At any rate, I'm fairly certain that neither of the aforementioned teenagers have read any poetry by Gwendolyn Brooks. But somehow they've managed to apply a smattering of her most storied words to their lives.

"Exhaust the little moment. Soon it dies. And be it gash or gold it will not come again in this identical disguise."

Apparently, the beauty of this particular form of media sharing is in its impermanence, forcing would-be recipients to attend to the content of what is sent. Naturally, I can envision a host of opportunities for abuse among teens and tweens in this venue, but at this juncture in time I choose to focus on what is positive about it. Perhaps I can even learn to love that which is decidedly temporary--a lesson that can surely be applied to life itself on a grander scale, much as Brooks opined. Indeed, our hearts are only beating--temporarily, so we may as well make the most of it.

Further, Snapchat has afforded me a tiny glimpse into the colorful teenaged world in which my daughters currently reside, beyond taking note of which books, movies and YouTube tripe happens to intrigue them at the moment. Crazy as it sounds, it gives me the chance to connect a little more, too, engaging on their level, joining in their fun, speaking their language for a time--albeit clumsily. I get to look on as they revel in the art of just being themselves as well, which is a gift in every sense of the word, especially as they begin keeping me at arm's length more and more with each passing year.

Granted, Snapchat may not be as endearing or prized as hearing firsthand about a certain someone's latest crush, perceived injustice or small victory, but it's something, and that something is good.

Planet Mom: It's where I live. Snapchatting. Sort of. Visit me there at www.melindawentzel.com and www.Facebook.com/NotesfromPlanetMom.