WHAT: Hulings: An American Master

21 of the 46 works on display will be available for private sale through Morris & Whiteside Galleries Friday, March 25, 2011

WHY: With Clark Hulings' death at the beginning of this month, one of the great American realists left us. His scenes, just as likely to take place in front of Chelsea brownstones as on Mexican backstreets, depict characters going about their business. But the attention and accuracy with which he painted the aloof, busy workers gives their gestures more than just documentary appeal.

His affection for donkeys was a trademark, with the animal's quiet demeanor becoming a metaphor of human patience and perseverance...The paintings on view have never before been shown together publically. Some have never been outside of Hulings' own home. 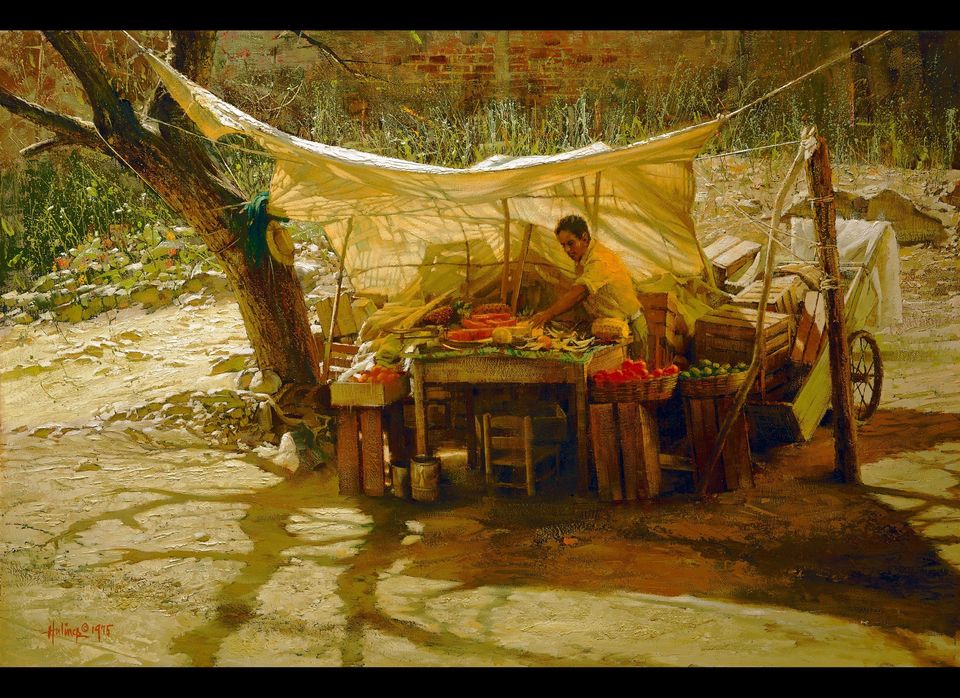