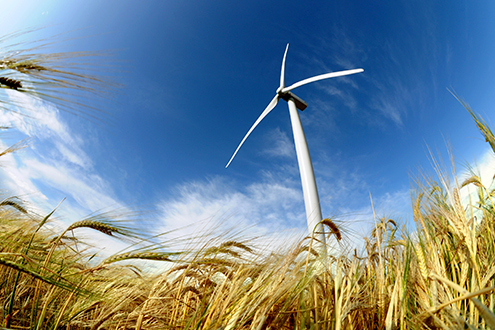 Private investment in the global clean energy sector is growing and could reach more than $5 trillion by 2030, according to Bloomberg New Energy Finance. As Asia, Africa and the Americas become more attractive markets for clean energy development, U.S. businesses are racing to capture a significant share of this growing opportunity.

Since it was chartered by Congress in 1934, the Export-Import Bank of the United States has partnered with the private sector to boost U.S. exports in key industries, including clean energy. The bank uses loans and loan guarantees, export credit insurance, and short- and medium-term financing to international buyers as its primary tools to fill gaps left when the private sector is unable to help U.S. businesses finance clean energy projects overseas. And businesses aren't the only ones to benefit. Over the past five years, the Ex-Im Bank has earned a $1.6 billion profit for U.S. taxpayers.

In many cases, the Ex-Im Bank provides the public sector investment that attracts private financing to projects that otherwise might not be considered viable. In fiscal 2011 and 2012, Ex-Im provided $1.3 billion in support for renewable energy projects, helping to complete new financing arrangements in emerging markets including Brazil, India, and Mexico. Since 2010, Ex-Im has financed more than $760 million in renewable energy projects in India alone, among them the purchase of solar systems from AREVA Solar Inc. in California.

With its successes, the Ex-Im Bank has helped U.S. businesses turn clean energy innovations into exports. The Ex-Im Bank's activities have contributed to export levels for all technologies that reached $195 billion in June 2014 and $2.3 trillion over the past 12 months. These totals are 46 percent higher than exports in 2009.

At a time when clean energy markets around the world are growing swiftly and offer opportunities for U.S. exports, the Ex-Im bank plays a critical role in project financing for renewable energy projects. Business, investors, and workers in the clean energy sector hope that Congress will work together to create policy certainty. Otherwise, investment opportunities could be lost to foreign competitors.