LAS VEGAS -- In a luxurious suite on the 54th floor of the posh Aria hotel here in Las Vegas, the future of education is being plotted by an unlikely source.

The tiny French-Canadian startup EXOPC wowed the crowds of the Consumer Electronics Show in 2012 with its prototype for the EXODesk, a table-sized multitouch tablet that cost just over $1,000. (You can check out photos and video the prototype here; the real thing is featured in the YouTube video below). In the year since, the company has changed its name to EXO U, added staff and signed a deal to ship 25 of its EXODesks to the Latin American country Panama, where its first futuristic classroom is being prepped for the start of the semester in March.

At this year's CES, EXO U is showing off the user interface that will power that "Jetson"-y classroom of computer-desks. The platform, called EXO UI, will be running on the 25 desks in Panama, and can also be downloaded onto almost any other device possible -- tablet, smartphone, laptop or desktop, running Windows, OS X, iOS or Android -- for schools who don't wish to spend money on full-sized tablet desks.

Below, check out a video put together by EXO U to show how the Panamanian classroom will appear, and how collaboration between students and teacher might look in the not-so-distant future. Prepare yourself to get jealous of one very lucky classroom of Panamanian first graders:

All of the desks are connected together by User Datagram Protocol, or UDP, to reduce costs for schools without reliable Internet. And though this means that, hypothetically, it would make passing notes (or God knows what else) between students quite seamless, the teacher has an application on which he or she can view every student's desk, and control the content that each student sees at any time.

Jean-Baptiste Martinoli, the founder and CTO of EXO U, walked me through the new user interface at that roomy suite in Las Vegas on Monday night. Though he did not bring an EXODesk with him -- too expensive and heavy to transport from Montreal, he said -- he had lined up an impressive array of devices to showcase the cross-platform functionality of the software. When I walked into the suite that EXO U had rented out for this year's CES, the EXO UI was running on a Samsung tablet, an iPad mini, an iPod touch, a MacBook Air, an Intel Motorola phone, a Sony Ericsson Android phone, a Windows 7 PC, a Windows 8 tablet and another Android tablet hooked up to the room's flat-screen television.

All were connected to each other, could pass information to each other and could run identical content on their different-sized screens. That's by design, Martinoli said, for classrooms or workplaces where everyone brings their own device.

Below, Martinoli shows off a few of the apps on the EXO UI, which will power those futuristic desks in that Panamanian classroom this March. Imagine that all of this action is occurring in a classroom, on desks whose tabletops are multitouch displays, and you can start to see why many are so excited about the development.

Though the classroom in Panama will feature two dozen EXODesks, EXO U is also pushing its software as an option for classrooms where every student has a computer, tablet or even smartphone. The company has gone through great pains to program its EXO UI so that it not only works on every operating device possible (with Linux coming soon), but also that collaboration stays consistent between all of those devices.

Martinoli also showed me several of the educational apps that had already been built: An easy test-making app for teachers; a web browser that the teacher can control on all students' devices; a chalkboard; a dictionary; a library, with support for books in almost every file format; and, for fun, a piano, which Martinoli said will be a great boon to piano teachers, who hypothetically will not even have to leave home to instruct their students.

Building tests and curriculum, he said, would be quite easy for teachers, thanks to a group of templates the company has made. Third-party developers can also build apps for the EXO UI, using Java.

The next challenge for EXO U, of course, will be to convince schools to adapt its software, either by buying EXODesks or by running the programs on devices kids bring from home. Martinoli seems confident, though, that EXO U's software is ready to scale up much larger, as his company prepares to triple its workforce up from the low double-digits.

The first real test for EXO U and its EXODesks, however, will come in March -- the beginning of the new semester at a Panamian primary school. Will the EXODesk have first-day jitters and drop out, or will this be the first of many opening bells for EXO U, a genuine sneak peek at the future of education?

Below, check out a few more photos of the EXO UI and the software that will be on the EXODesks, here running on several different tablets, smartphones and computers.

PHOTO GALLERY
The EXODesk, and EXO UI, at CES 2013

EXO U, Creator Of The EXODesk, Unveils New Software Tailor-Made For A Futuristic Classroom (VIDEO)
The EXODesk, and EXO UI, at CES 2013 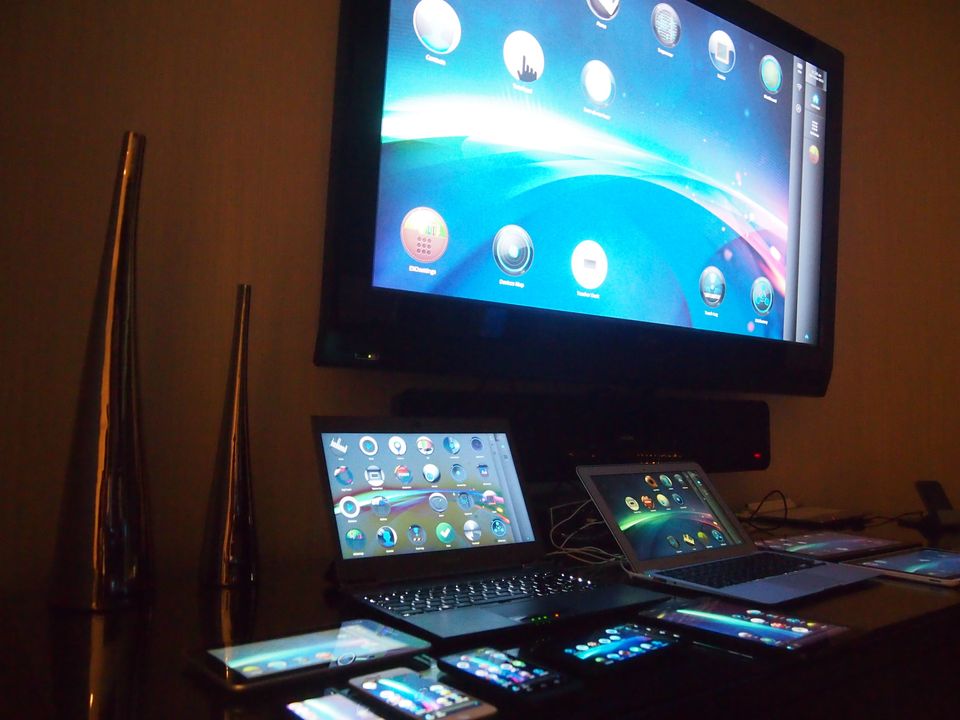 1 / 8
EXO U
A look at the EXO UI, created by the company EXO U, to run on its EXODesks and several different operating systems. Image credit: HuffPost