While astronomers didn't bag that elusive first "alien Earth" in 2013, they made plenty of exciting exoplanet discoveries during the past year.

Here's a list of the top exoplanet finds of 2013, from a tiny world about the size of Earth's moon to a blue gas giant on which it rains molten glass:

In February, astronomers announced the discovery of Kepler-37b, the smallest alien world ever found around a sun-like star. The planet is about 2,400 miles (3,900 kilometers) wide, making it just slightly larger than Earth's moon. [9 Exoplanets That Could Host Alien Life]

Kepler-37b, which was spotted by NASA's prolific Kepler space telescope, lies about 215 light-years from Earth. The exoplanet is likely far too hot to host life as we know it; it zips around its parent star once every 13 days. 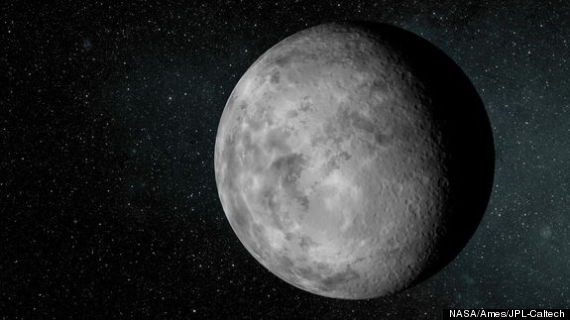 An artist's conception of the tiny alien planet Kepler-37b, which is slightly larger than Earth's moon and orbits its host star every 13 days. It likely has a surface temperature of in excess of 400 deg C (700 deg F).

The most Earthlike world yet

Also this year, researchers found the closest thing to an Earth twin in size and composition, though it's far too hot to support life as we know it.

Kepler-78b is just 20 percent wider and about 80 percent more massive than our planet, with a density nearly identical to that of Earth. The alien world, which is about 400 light-years from Earth, lies just 900,000 miles (1.5 million km) from its host star and completes one orbit every 8.5 hours. Surface temperatures on Kepler-78b likely top 3,680 degrees Fahrenheit (2,000 degrees Celsius), researchers say. 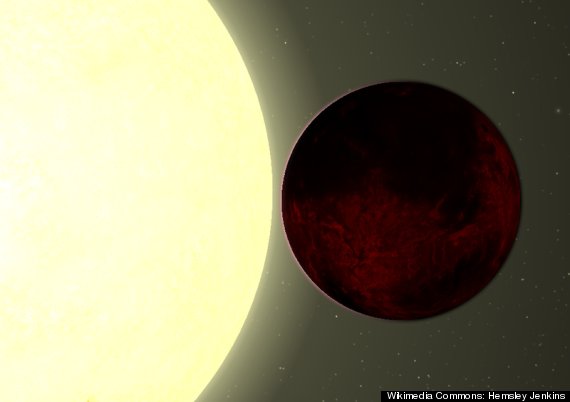 Astronomers found the first-ever planets orbiting a star other than our sun in 1992. And in 2013, barely two decades later, they notched alien world number 1,000 — at least according to some tallies.

Two of the five main databases that catalog alien-planet discoveries passed the 1,000 mark this year, with both the Extrasolar Planets Encyclopedia and the Exoplanets Catalog, run by theUniversity of Puerto Rico at Arecibo's Planetary Habitability Laboratory, recording 1,056 alien worlds as of today (Dec. 26).

The other three databases — the NASA Exoplanet Archive, the Exoplanet Orbit Database, and the Open Exoplanet Catalog — have the tally at 976, 756 and 973, respectively. (The different numbers reflect the uncertainties inherent in exoplanet detection and confirmation.)

Also this year, astronomers created the first-ever cloud map on a planet beyond our solar system.

After observing the planet — a gas giant named Kepler-7b — for more than three years with NASA's Hubble and Spitzer space telescopes, scientists detected a reflective signature that they interpreted as clouds. [Gallery: A World of Kepler Planets]

The west side of Kepler-7b's atmosphere harbors many clouds while the east side has clear skies, researchers say. The planet, which was discovered in 2010, is about 1.5 times the size of Jupiter but less than half as massive. 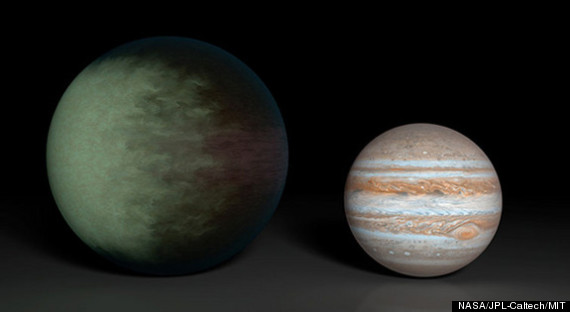 Kepler-7b is 1.5 times the radius of Jupiter, but less than half as massive. Scientists have determined that clouds lie high in the western hemisphere, while the eastern hemisphere is clear.

In April, scientists announced the discovery of Kepler-62e and Kepler-62f, two explanets in the same solar system that both may be capable of supporting life as we know it.

The alien worlds are slightly larger than Earth, and modeling studies suggest that each is probably covered by an uninterrupted global ocean. Kepler-62e and f "look very good as possibilities for looking for life," Kepler mission principal investigator Bill Borucki, of NASA's Ames Research Center in Moffett Field, Calif., said back in April.

Astronomers using Japan's Subaru Telescope in Hawaii managed to photograph GJ 504b, a gas giant about the size of Jupiter. That's pretty big, but GJ 504b is still the smallest alien world ever to be imaged directly.

Researchers hope this milestone marks one technological step toward the ultimate prize — snapping a photo of an Earth-size (and Earth-like) alien world. Such a feat may be possible in the next decade or two, some experts say. 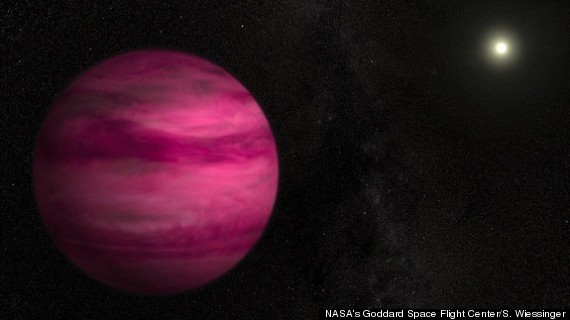 Glowing a dark magenta, the newly discovered exoplanet GJ 504b weighs in with about four times Jupiter's mass, making it the lowest-mass planet ever directly imaged around a star like the sun.

'Alien Earths' should exist nearby

A study published early this year estimated that a truly Earth-like alien planet likely exists within 13 light-years of our own solar system — a mere stone's throw in the cosmic scheme of things.

The study analyzed Kepler observations of red dwarfs, which make up about 75 percent of the Milky Way's 100 billion or so stars. Six percent of red dwarfs should host Earth-like planets, according to the study — meaning that our galaxy likely harbors at least 4.5 billion "Earth twins."

A blue planet where it rains glass

The giant planet HD 189733b was discovered in 2005, but scientists gained fascinating new insights about the weird world this year.

Observations by the Hubble Space Telescope revealed that the exoplanet HD 189733b is blue, marking the first time that scientists have directly seen an alien world's true color. The blue is thought to result from raining molten glass on the super-windy, scorching-hot alien planet, where daytime temperatures can climb to 1,700 degrees Fahrenheit (900 degrees Celsius). 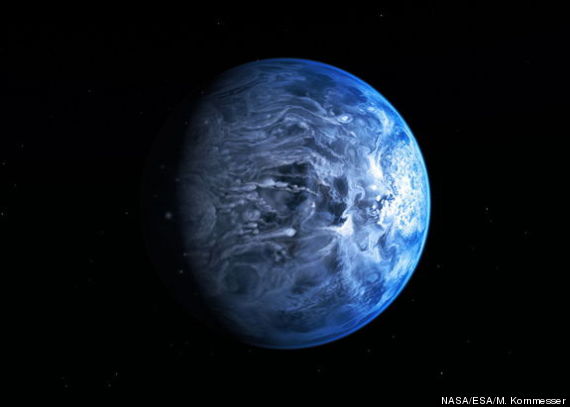 This illustration shows HD 189733b, a huge gas giant that orbits very close to its host star HD 189733. The planet's atmosphere is scorching with a temperature of over 1000 degrees Celsius, and it rains glass, sideways, in howling 7000 kilometer-per-hour winds. Image released July 11, 2013.

The most distantly orbiting exoplanet

Another exciting find this year was a gas giant called HD 106906 b, which was discovered in the most distant orbit around a single host star of any known planet.

HD 106906 b, which is 11 times more massive than Jupiter, lies 650 times farther from its star than Earth is from the sun. (Earth's average distance from the sun is about 93 million miles, or 150 million km). The discovery may force astronomers to rethink some of their theories about planet and star formation, which currently cannot fully explain how this enormous planet came to occupy such a far-flung orbit.

Astronomers notched another first in 2013 — the first extrasolar system to harbor three planets in its habitable zone, that just-right range of distances where liquid water could exist on a world's surface.

Researchers had already confirmed three planets around the star Gliese 667C before this year. But in June, scientists announced that the star hosts at least six, and possibly seven, worlds, and that three of them may be capable of supporting life as we know it. The three potentially habitable planets are all "super-Earths," worlds just slightly larger than our own.