Talk about taking the plunge. A new submersible body suit will take ocean divers to a depth of 1,000 feet and let them spend hours there observing and collecting marine species that are hard to get at with conventional diving gear or submersibles.

If all goes according to plan, the metal Exosuit will be used next July to explore an underwater region in the Atlantic Ocean about 100 miles off the New England coast. But now through March 5, the one-of-a-kind suit -- known technically as an atmospheric diving suit -- is on display at the American Museum of Natural History in New York City. 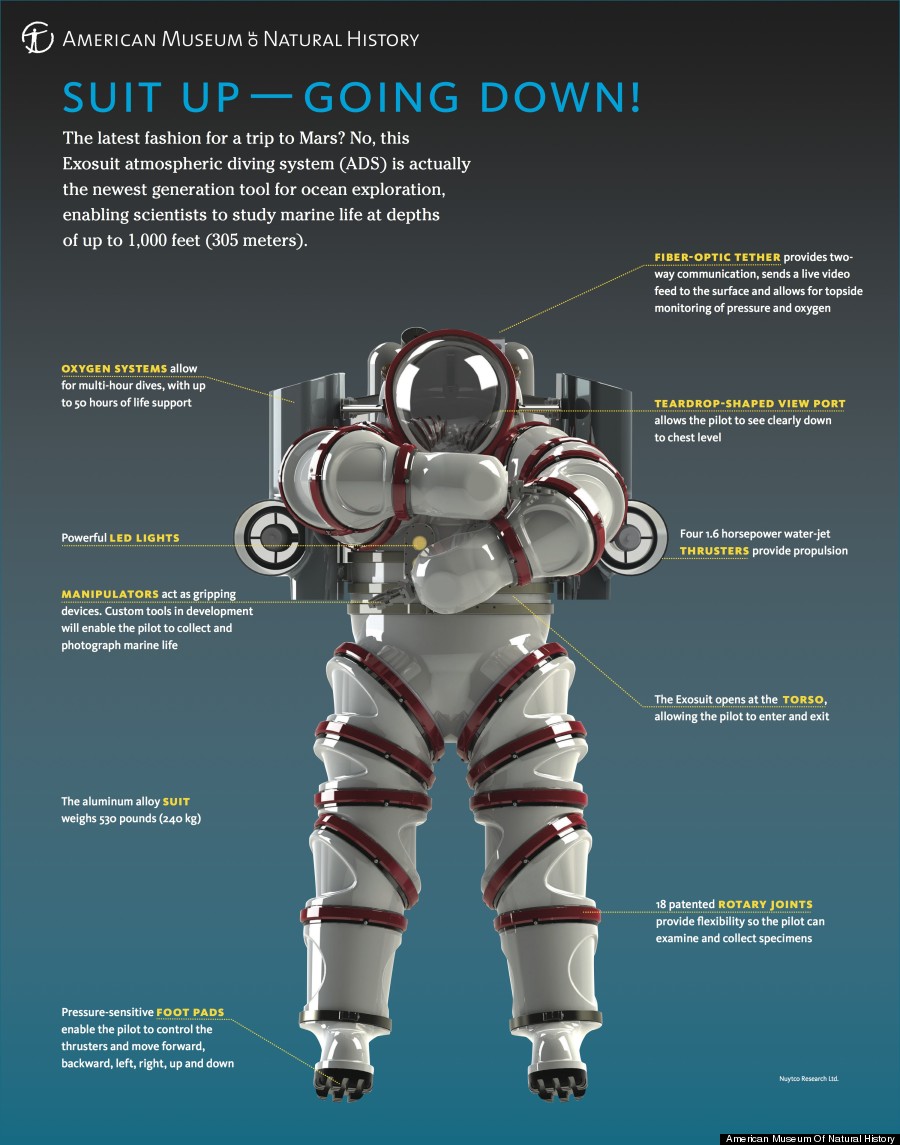 The Exosuit is a successor to the JIM suit, an atmospheric diving suit that in 1979 took American oceanographer Dr. Sylvia Earle to a depth of 1,250 feet off the coast of Oahu (a record for women). It stands more than six feet tall and weighs more than 530 pounds, according to a written statement released by the museum. It sports four 1.6-horsepower foot-controlled thrusters and has 18 rotary joints in the arms and legs. It carries enough air to sustain a diver for 50 hours and has a fiberoptic tether that allows for two-way communication, LiveScience.com reported.

But to the scientists who will use it, what the Exosuit is matters less than what it allows them to do.

"Our access to these deeper open water and reef habitats has been limited, which has restricted our abilty to investigate the behavior and flashing patterns of bioluminescent organisms, or to effectively collect fishes and invertebrates from deep reefs," John Sparks, a curator in the museum's department of ichthyology, said in the statement. "The Exosuit could get us one step closer to achieving these goals."