NEW YORK -- Legal changes in the wake of actor Philip Seymour Hoffman's February death of a drug overdose have dramatically expanded access to a lifesaving drug that can reverse overdoses from prescription painkillers and heroin.

Eight states have passed laws allowing firefighters, police or members of the public to more easily administer the drug, called naloxone. Three more have passed so-called Good Samaritan laws allowing onlookers to call 911 without fear of being prosecuted themselves for drug crimes.

Naloxone is a safe prescription drug administered via needle or nasal inhaler that blocks the brain receptors to which heroin or other opioids bind. Researchers first developed it in the 1960s, and it has been widely used in emergency rooms. Since around 2000, its distribution has been broadened to members of the general public who are not themselves opioid users, as part of a larger shift toward more pragmatic approaches to drug use.

The trend has been accelerated by state laws passed in recent years shielding prescribers as well as those administering naloxone -- from cops to concerned parents -- from any fear of legal liability.

"The liability risk is, as far as I can tell, about none. We've given out hundreds of thousands of naloxone doses in the last few years alone, and there hasn't been a case of someone suing someone," said Peter Davidson, a medical sociologist at the University of California, San Diego.

Still, said Davidson, when he conducts naloxone trainings for doctors or other professionals, "Someone always sticks their hand out and asks, 'What's the liability risk?'"

So drug reformers across the country -- even in southern states like North Carolina -- have convinced legislatures to pass special laws granting legal immunity to those who administer naloxone. Rhode Island, New York and Washington also now allow pharmacists to dispense naloxone to anyone who needs it, as long as they have authorization from a physician.

The product of the changes was evident one recent Wednesday at VOCAL's offices, where director of services Evelyn Milan explained to a small class how to use naloxone in an inhaler or a needle.

"How many cc's is that?" asked one participant, a former heroin addict, knowingly tossing off the abbreviation for cubic centimeters.

As she does nearly every week, Milan distributed the drug in a small plastic pouch to several participants at the end of the class. In the past, she said, she's had clients come back to her the same day to tell her they have saved a life.

(Click the video above to watch a naloxone training at VOCAL-NY's Brooklyn offices.)

Milan's training lasts only around 15 minutes. The drug's straightforward administration takes only a few seconds.

Working with the city health department, more than 25,000 naloxone kits have been distributed in New York since 2010. At least 500 overdoses have been reversed.

Similar community-based programs that target users, friends and family members helped reverse at least 10,000 overdoses between 1996 and 2010, according to research Davidson helped conduct. He is now in the midst of updating that research with more complete data showing that the number of lives saved has been "quite significantly larger."

States like New York and Maine have also pushed to expand the number of police and firefighters who carry naloxone since Hoffman's death. They are often the first to arrive at the scene of an overdose, even before emergency medical services.

The New York City Police Department received a grant from the state attorney general's office in May to equip 20,000 officers with naloxone. Both Attorney General Eric Schneiderman and Gov. Andrew Cuomo are supporting similar efforts elsewhere across the state.

Twenty-five states and the District of Columbia now have some form of naloxone access law, according to the LawAtlas. That's up from 18 in 2013 and just eight in 2012.

It's unlikely that Hoffman could have been saved by naloxone, since he died alone. But it is clear that his death has resulted in a dramatic attitude shift toward greater naloxone distribution.

After Hoffman's death, Gil Kerlikowske, then the White House drug czar, immediately called for greater naloxone access. Curtis told HuffPost the actor's name came up constantly in conversations with lawmakers during the passage of New York's package of bills.

"Unfortunate as it is to say this, that kind of very high profile death does help because it pushes policymakers to look around for things that they can do," said Davidson. "They bump into the work that's being done with naloxone distribution."

Story by Matt Sledge and video by Emily Kassie. 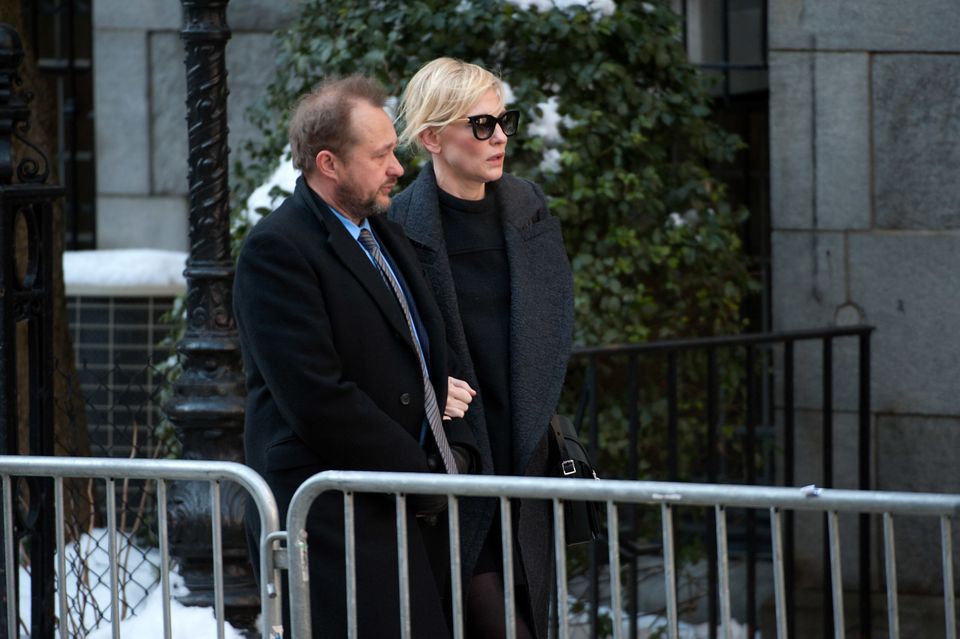