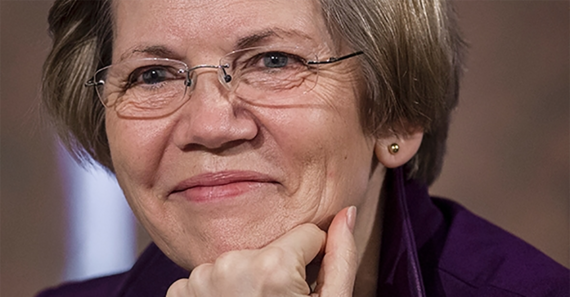 In the wee hours of the morning, when most people were sleeping, the Senate took a vote that has momentous implications for who will win in 2016 and beyond. In three resounding votes over the last two days, Democrats rediscovered and reclaimed their legacy.

In sharp contrast, no Republican voted to expand Social Security. Every Republican but a mere six voted to keep open the option of cutting the earned Social Security benefits of every American except for those fortunate enough to already be receiving those benefits. (Sorry, those of you who are a month away from retiring or have a disabling or deadly illness or accident in your future. The Republicans refused to vote to protect you.)

The distinction between the Democrats and Republicans couldn't be clearer. The Democratic Party, which created Social Security, now in its 80th year, is unmistakably the strong champion of the program. The Republican Party which, in 1935, voted nearly unanimously to kill the legislation in the House of Representatives, is unmistakably on record for favoring scaling back working Americans' modest earned Social Security benefits.

The Democrats are finally back in line with the American people. The vast majority of Americans are overwhelmingly united in support of Social Security. Poll after poll indicates that notwithstanding ideology, race, gender, income level, or age, Americans believe that Social Security is more important than ever. They overwhelmingly support increasing, not cutting, its modest benefits.

And this is the right policy. At a time that the nation faces a looming retirement income crisis, a strangling financial squeeze on families, and a perilous and growing upward redistribution of income and wealth, expanding Social Security is a solution. Social Security is the most universal, secure, efficient, and fair source of retirement income. It is generally the most important life insurance that families have. It is the only form of long-term disability insurance that most Americans have. But its benefits are woefully inadequate by virtually any measure. Increasing those benefits, and adding new benefits like paid family leave, is profoundly wise policy.

Despite this winning policy and politics, too many Democrats over the last few decades have waffled in their support. Too many flirted with trading away these modest but vital benefits in an ill-conceived "Grand Bargain." Thanks to last night's vote, that is now behind us, if the Democrats have their way.

And that's where 2016 comes in. Finally, it appears the American people may have a clearly articulated choice about Social Security, a choice about their economic security. Social Security is not only the most important program for seniors, providing two thirds of senior beneficiary households with half or more of their income. It is also the nation's largest children's program. It lifts more than 20 million Americans -- including more than 1 million children -- out of poverty each year. And it lessens the depth of poverty for millions more. It provides a floor of economic protection under our nation's workers and their families

For too long, though, Americans did not have a clearly articulated choice about what is at stake. Too many politicians, Democrats and Republicans alike, spoke in vague terms about "saving" or "strengthening" Social Security. With that language, voters don't know who truly is on their side. Now they know. Some policymakers stand for expanding, not cutting, Social Security. Others want to "save" Social Security by dismantling it brick by brick.

What is not known yet is where Hillary Clinton stands on expanding, not cutting, this program that currently provides benefits to about one in four households. If the Democrats are to retain the White House and take back the Senate, the answer to that question could be decisive.