Do you shop at Walmart? Do you have Walmart stocks? Then you better read on.

In Spanish, there is a saying, “Tira la piedra y esconde la mano,” (throw the rock and hide the hand). Walmart business practices follow this motto as shown in the 2012 investigative report of the New York Times related to the bribery activity that allowed for the rapid expansion of Walmart stores in Mexico, the reporting of recent horrific discoveries that followed the blaze and death of 112 workers in Bangladesh, and the amount of lawsuits the company battles every year in the United States.

Wal-Mart Stores, Inc. branded as Walmart, is the third largest public corporation and the leading private employer in the world. They operate in 25 countries under 69 different brand names.

Bigger and better. “Be ready to be better… for whatever reason, whether it is our success or our size, Wal-Mart Stores Incorporated has generated fear if not envy in some circles and that makes it more important than ever that we focus on doing the right thing in doing things right every time…” said President and CEO Lee Scott at their annual stockholder meeting as shown in the 2005 documentary “The High Cost of Low Prices.”

That was the same year a former executive “described how Walmart de Mexico had orchestrated a campaign of bribery to win market dominance. In its rush to build Walmart stores, he said, the company had paid bribes to obtain permits in virtually every corner of the country,” as reported by the New York Times

The scandal involved top executives at Walmart de Mexico and federal government officials to the last local bureaucrat in each location. Everybody got their share.

Bribery in Walmart stores in Mexico

Unfortunately, bribery is not news in Latin America. A practice that goes hand and hand with low wages, corrupt police and governments, lack of or unenforced regulation and a sluggish justice system, many domestic and foreign companies in Latin America take advantage of bribery to speed up decisions or obtain some privileges.

But Walmart stores in Mexico went a little farther “to do the right thing” for the company. Through a well-planned bribery strategy and spreading relatively small amounts of money compared to the company earnings –Walmart delivered $7 billion free cash flow for the nine months that ended on October 31, 2012 according to their Q3 report– they circumvented local zoning regulations, disregarded environmental and national archeological landmarks, ignored the Mexican government scrutiny and, after an internal investigation concluded that evidence was found on these violations; they shut down their own inquiries in 2006.

Evidence collected by the Times on the whole “Mexico strategy” shows that it cost Walmart a mere $24 million. With one fifth of the company’s stores in Mexico, they reported gross revenues of $27.2 billion and profits of $1.5 billion in 2011 alone.

The Justice Department and the Securities and Exchange Commission (SEC) are investigating these possible violations of the Foreign Corrupt Practices Act (FCPA), the Act that applies to bribery of foreign officials and corruption practices of U.S. businesses. So far nothing has come out despite the evidence.

The Mexican government and some Congressional Democrats have also attempted to continue collecting evidence. Lately, the company itself made it public through their SEC filings that they had reopened and will continue an ongoing investigation of the Mexico case.

In the meantime, and on top of the thousands of lawsuits the company handles yearly due to employee discrimination and failing to pay overtime, Walmart has been hit for irresponsible management by shareholder lawsuits.

And even if the SEC comes out with charges against Walmart officials, as they had with many other global corporations, they will probably get a settlement agreement –that in the company’s view would be pennies– and a little slap on the wrist. The damage is already done and the stores are thriving.

Most of the executives involved in the bribery allegations are now out of the company or have been promoted. Meanwhile, the global corporation will continue with its disruptive policies in Latin America and the rest of the world, throwing the rock and hiding the hand. 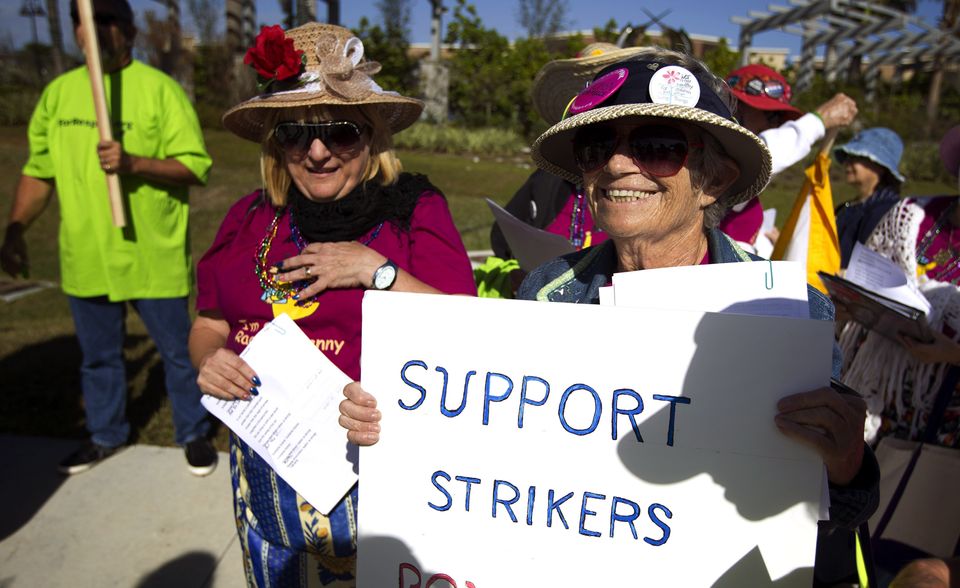