9 Top Spots For Living In Mexico

In most of the countries I talk about, there is usually one stand-out place. Sometimes, two...

When I talk about Colombia, for instance, Medellín comes out tops. In the Dominican Republic, it's the Samana Peninsula. In Belize, it's a toss-up between the Cayo and the Cayes.

But in Mexico, there are so many top options for living and investing on the table that it's hard to pick a winner. So here's a rundown of my favorite nine places to hang your hat In Mexico, to the beach and beyond:

The options are so broad for seaside living that you can actually specify a price point, a convenience factor, and a lifestyle, and still have plenty of options.

On the east coast, you have:

2. Playa del Carmen ("Playa" to the locals)
It's just 57 minutes south of Cancún, and it has taken over as the region's chic place to be (and the place to be seen). You'll find vacationing Europeans and North Americans as well as a sizeable number of expats in residence.

Just off the town square is the renowned Avenida Quinta (5th Avenue) running parallel to the shore and offering more than 20 blocks of fine restaurants and shops. It's almost as big a draw as the beautiful beaches.

The Riviera Maya is the section of Caribbean coast on the eastern side of the Yucatán Peninsula between Playa del Carmen and Tulum. It's about 125 miles long. 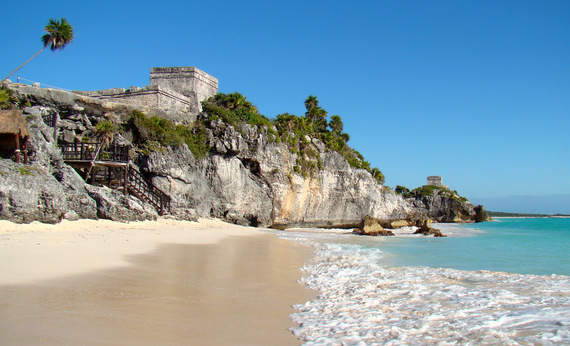 3. Tulum
Just a few years ago, the town of Tulum (where we convened for our conference last week) consisted of a handful of cabins and a few fishing shacks. Today, the census counts more than 18,000 people in Tulum. This is a particular point of opportunity.

The Riviera Maya features warm Caribbean waters and pristine beaches. Also, the Great Mayan Reef -- the largest coral reef in the Atlantic Ocean -- is located offshore, providing world-class diving and snorkeling. Another draw to this area is the presence of the best preserved Mayan archeological sites... plus a few world-class golf courses to round out the local attractions.

Moving to the west coast, there's...

4. Puerto Peñasco
The seaside resort that's most convenient to the United States by car... just over an hour from the border. Also known as Rocky Point, it has been a playground for the western United States and Canada for almost 100 years.

Homeowners in Puerto Peñasco can drive over the border and head right for their seaside home without even stopping to register their car. Yet the beaches are second to none.

Best of all, you can find two-bedroom condos on this beach starting at just US$109,000. Perfect for a vacation home or a weekend getaway.

5. Mazatlán
Mazatlán has rebounded from the 70s and 80s when it was mostly forgotten as a resort. Today, its 20 miles of beaches and boardwalks are once again as busy as when John Wayne and Gary Cooper were in town.

Even better, the historic center has been renovated over the past 10 years. Now it's a fine example of Spanish-colonial America, with plenty of world-class restaurants, sidewalk cafés, and a beachfront promenade.

6. Puerto Vallarta
It has been one of Mexico's most popular resorts since the 1960s, although its rich colonial history goes back hundreds of years. Unlike many resort areas, PV has a number of coastal sections with beaches interspersed among them... meaning different areas have their own unique character.

Puerto Vallarta excels when it comes to ocean views. Here you'll find lots of properties perched on lush, green hillsides and long views looking out to the ocean.

Not everyone is a beach person. Many full-time expats prefer the ambiance and brilliant weather of Mexico's colonial heartland, including these three top towns where expats have settled... 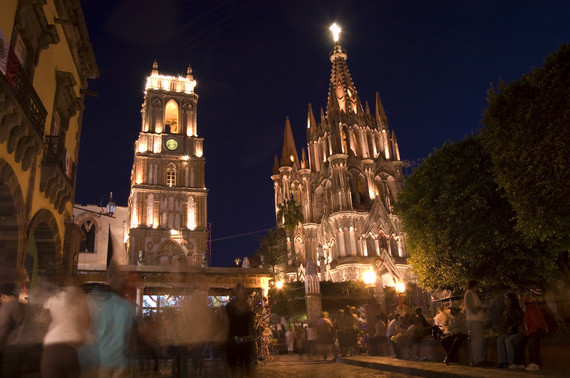 Its magnificent historic center is mostly level -- great for walking -- and full of delights for visitors and residents. The quantity of first-class restaurants and fine shopping venues per block is probably unmatched anywhere else in Mexico.

8. Guanajuato
Guanajuato is another colonial gem, but it's a gem that's less polished and more natural than San Miguel de Allende.

Instead of San Miguel's thousands of expats, Guanajuato's expat community numbers in the hundreds. It's still a large town with everything you need--plus beautiful architecture--but it's more of a "Mexican" town, with less expat influence. 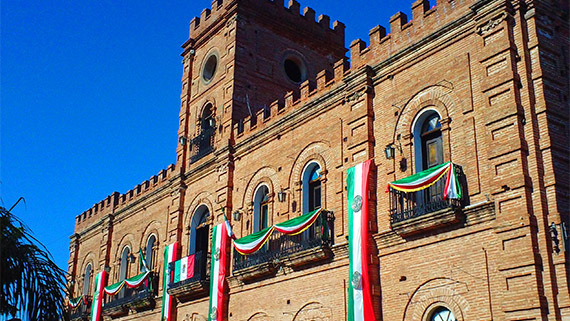 9. Álamos
A small town of less than 25,000 people, but the state of restoration and preservation in its historic center is beyond anything we've seen anywhere. Of the dozens of Latin American cities that bill themselves as a "bohemian town that's home to artists, writers, musicians, and poets," Álamos is the only one where we've actually seen a large percentage of artists, writers, musicians, and poets.

For a small-town alternative to cities like San Miguel, Guanajuato, and Oaxaca, Álamos is the best we've found.

Faced with all these options, how do you find the place that's right for you?

It all comes down to personal taste and priorities. But it's hard to imagine how anybody couldn't find something to suit them in Mexico... whatever their budget.

Why Living In Mexico Is An Easy Option For Expats

Why This Expat Chose Mérida, Mexico, As His Overseas Home