We think a lot about immigration lately.

It's a hot topic right now in our home country, the U.S.A. Attitudes towards immigrants are all over the political map at the moment thanks to the impending U.S. presidential election. A lot of folks take a dim view of immigrants, and giant walls, massive deportations, and blanket restrictions are some of the ideas being floated. 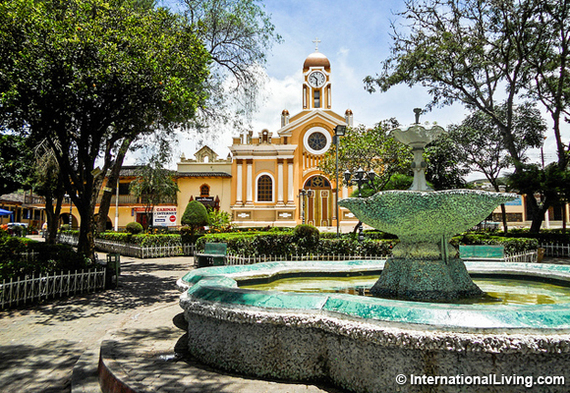 Plaza and Church, Vilcabamba, Ecuador
We're interested in all this because we've lived abroad since 2001, and we're immigrants as well. We're currently immigrants in Ecuador, and for the past 15 years we've technically been immigrants in all the other countries we've lived in during that time.

The same is true of anyone who decides to retire overseas ... and there are plenty of good reasons to do that. It's less expensive to live overseas ... healthcare services can be more accommodating and more affordable ... and it's a grand adventure -- the kind of life-changing experience many of us have been waiting a lifetime to have.

There's some discussion among those of us who live overseas about why we are referred to as "expats" while others -- particularly those moving into the U.S. -- are called "immigrants."

All of us go through--more or less--the same administrative processes. 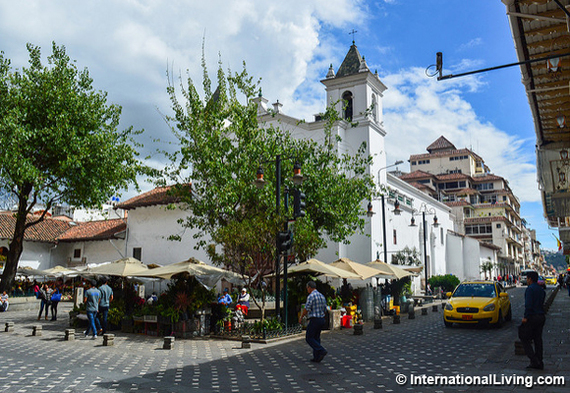 Busy Corner, Cuenca, Ecuador
For instance, we've stood in a lot of lines at government offices. We've had our papers examined by a lot of officials. We've jumped through a lot of bureaucratic hoops for a lot of officious clerks. We've occasionally been asked for our documents at roadside stops.

And we've never, in 15 years of living abroad, been made to feel unwelcome.

Not one official -- and not a single one of our local neighbors in any of the countries we've lived in over the past 15 years -- has said to us, "We don't want you here."

But we doubt it.

First, we're not that good looking compared to most Latin Americans. Think Gael García Bernal, Alejandro González Iñárritu, Salma Hayek, Sofia Vergara, Ricky Martin, et al. We don't know why, but an amazing number of Latin Americans are simply beautiful people and much better looking than us. We're secure enough to admit this.

And second, despite what many people from the U.S. think, being a U.S. citizen doesn't automatically send you to the front of any lines in any of the countries we've lived in. Being a senior citizen does. Being pregnant does. Being disabled in any way does. But just being from the U.S. isn't a special category of any kind that we've noticed.

So we think the reason that we've been welcome as immigrants in every country we've lived in over the past 15 years is simply because those countries welcome legal immigrants.

And right there is the rub. Legal immigrants ... as distinct from refugees. Because let's face it ... there's only one reason you'd leave your home country and try to illegally enter another one.

If your life is in imminent danger or you can't earn enough to keep yourself and your family out of the poor house in your home country -- or both -- you take your chances. 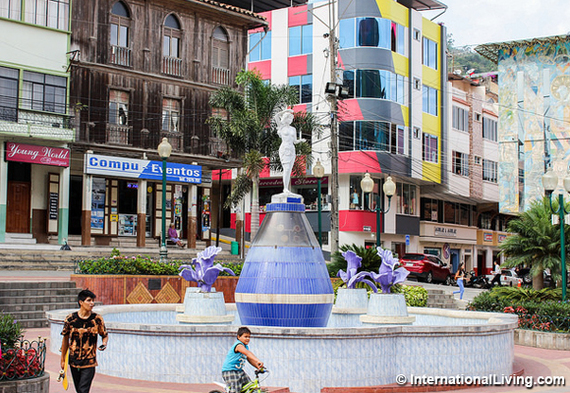 Water Fountain, Pias, Ecuador
All the countries that we've lived in since moving out of the U.S. have their own problems with illegal immigration. There are some mighty poor and dangerous places on the planet, and the U.S. is not the only country to which desperate people flee. The countries we've lived in abroad are also attractive places for some immigrants looking for opportunities to live safer, more productive lives.

Are there terrorists hiding among those refugees? Almost certainly. It's that kind of world now, unfortunately.

That's why no one in their right mind is suggesting that there be no laws or restrictions regarding immigration. The days when countries were in such dire need of warm bodies for cheap labor and army recruits that they simply opened their doors to anyone from anywhere are gone. There are too many people in the world for that now. 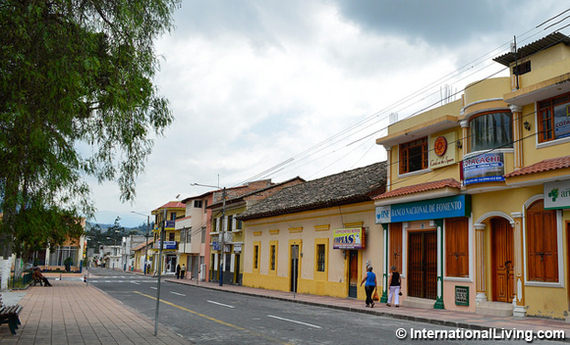 Street View, Cotacachi, Ecuador
We try to imagine ourselves standing in the immigration line at some airport, having the official look at our passports, and saying, "Sorry, immigration rules have changed. Nobody from the U.S. is allowed in now. All U.S. citizens must go to the holding pen and wait for the next plane out."

Our fear is that this is exactly what will happen if, in the heat of anger, fear, and election-year frenzy, the talk about walls and mass deportations and blanket restrictions becomes any louder ... so loud that the distinction between legal immigrants and refugees and terrorists in the U.S. simply disappears.

Which would be a shame, because if that distinction disappears in the U.S., we're pretty sure it will disappear in other countries in kind -- including some of the countries that U.S. citizens -- especially retirees -- choose to live safer, healthier lives than they can afford back home.

We don't think that will happen, though. Hopefully, reason and common sense will prevail, and we and the thousands of other U.S. expats who are enjoying our lives overseas will see thousands more expats come to our adopted shores in the future.

Because, in our experience, those are and will remain friendly shores. Moving to them is simply too good an option for anyone who wants to live a happier, healthier, more affordable life.

More On This Topic
10 Best Places in the World to Escape the 2016 Political Season
Cotacachi, Ecuador Is What Small-Town USA Once Was
The World's Best Places to Retire In 2016

Retiring Overseas: Are We Expats Or Immigrants?
10 Trips You NEED To Take In Your 50s