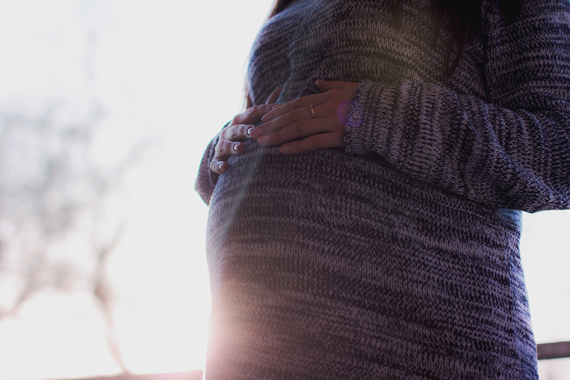 The election season has generated a good deal of conversation around women's rights at work, from the gender pay gap, to the dearth of women in leadership positions, to incidents of sexual harassment. One particular workplace abuse, however, has not gotten much play: discrimination against pregnant employees. This is unfortunate given the fact that thousands of pregnancy-related discrimination claims are filed each year with the Equal Employment Opportunity Commission (EEOC).

When faced with discriminatory treatment in the workplace, pregnant employees in New York City should be aware that they have a range of protections available to them under city, state, and federal law. Although efforts to obtain these protections represent a hard-fought battle for women in the workplace, they are progressively expanding through the enactment of more targeted reforms.

The federal protection against discrimination on the basis of pregnancy is rooted in Title VII of the Civil Rights Act of 1964 (Title VII). Title VII prohibits discrimination on the basis of sex, race, color, national origin, and religion. Curiously, when Title VII was first enacted it did not specifically include pregnancy as a protected trait. In fact, as late as 1976 the Supreme Court ruled  that an employer who treated pregnant workers differently for the purposes of participation in a disability plan was not in violation of federal law.

In response, Congress enacted the Pregnancy Discrimination Act of 1978 (PDA), amending Title VII to include pregnant workers as a protected class. The PDA explicitly prohibits an employer from terminating, demoting, or reducing the pay of an employee solely on the basis of pregnancy, but fell short of obliging them to accommodate employees who, due to pregnancy-related conditions, require temporary assistance. Therefore, in the years following the passage of the PDA, women who had prenatal visits to attend, fell ill due to morning sickness, or took time off to give birth and recuperate were not protected by the law and were regularly terminated for "excessive absenteeism."

When Congress amended the Americans with Disabilities Act (ADA) in 2008, it expanded the definition of disability to include impairments resulting from pregnancy, such as cervical insufficiency, anemia, sciatica, preeclampsia, gestational diabetes, or depression. The ADA Amendments Act of 2008 eases the burden of an employee to show that a medical condition is a covered disability under the Act. As a result, pregnancy-related conditions that may have prior to 2008 been difficult to request accommodations for are now generally accepted disabilities under the ADA. Because the ADA requires employers to provide reasonable accommodations to employees with disabilities, the 2008 amendments expanded protections for pregnant workers and has allowed them to retain employment prior to giving birth. According to the EEOC's guidance, accommodations can range from altered break and work schedules in order to rest or use the restroom, permission to sit or stand, ergonomic office furniture, shift changes, and permission to work from home.

The ADA does not, however, consider pregnancy itself a disability and therefore leaves women who have normal pregnancies without the legal option of seeking accommodations at work, despite the fact that they will inevitably require time off to give birth, attend doctor's visits, and request the occasional opportunity to sit or deviate from standard break schedules.

In 1993 Congress enacted the Family Medical Leave Act (FMLA) to ensure job protection for employees with qualified medical and family reasons, including pregnancy. However, there are significant limitations to FMLA. Most notable is the fact that FMLA leave is unpaid. Additionally, employers are required to provide FMLA leave only where there are at least 50 people employed and an individual has worked at least 1,250 hours within the past 12 months. As a result, a large segment of pregnant workers are not able to take leave either because their employer is not covered by FMLA or their financial situation makes it impossible to take unpaid time off.

In addition to federal laws, New York City employees are covered by city and state human rights laws. In fact, New York's anti-discrimination laws are the oldest in the country and predate the creation of Title VII. The New York laws are constantly evolving to address the needs of pregnant workers and tend to cover employees who would not be eligible for protection under the federal law. Where Title VII requires that at least 15 individuals be employed for coverage, the state and city human rights laws require just a minimum of four employees. Additionally, the have been liberally interpreted to provide more expansive protections to workers than the federal law. More recent legislation stipulates that employees with normal pregnancies are entitled to the same accommodations as those with ancillary medical issues like preeclampsia. In May 2016, the New York City Commission on Human Rights released robust guidance on pregnancy discrimination. This guidance sets forth very clearly the obligations of employers and the rights of employees in the context of discrimination and accommodations.

Pregnant workers in New York City should reach out for assistance in the face of discriminatory treatment and feel confident that such treatment will be remedied under the law.