I've travelled to Portugal's Algarve so regularly, I've got into something of a routine now, heading west from Faro airport to Alvor, a fishing village in the western Algarve, which retains its olde worlde charm, with a tangle of cobbled streets and fishermen still bringing in their catch every day. 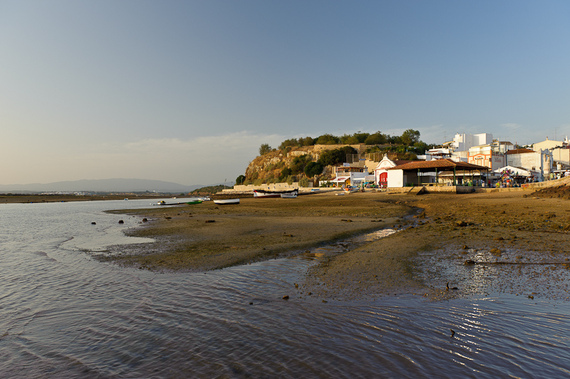 While most tourists head here in the height of the season, arriving here in droves as the schools break up for the summer holidays, my favorite time to visit is in the winter when the crowds have gone, the waves crashing on the shore are fiercer and the sunbeds have been removed from the beaches.

With early morning flights that get you here in the early afternoon, a lunch at Restinga has become something of a tradition. Choose from the specials board and you can get the fish of the day and a glass of wine, usually for less than 10 euros. The view is the real draw here though - you can gaze out at the boats bobbing in the harbour as you eat your meal. 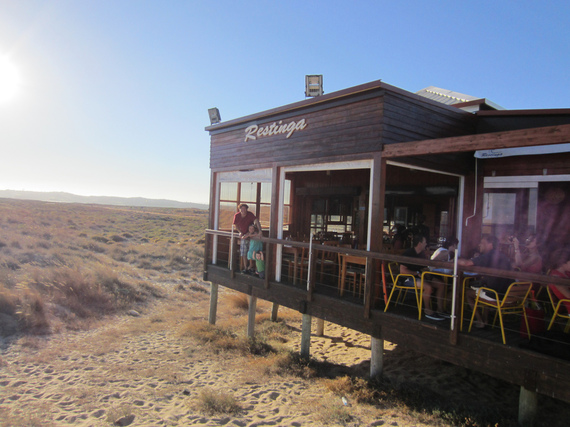 After lunch, it's time for a stroll along Alvor's recently installed wooden walkways, which sit along the estuary, just behind the dunes on the beach. You need to go past the wooden fishing huts, where you'll see the fishermen sitting behind make-shift barbecues cooking their catch for their own lunch, to get to the start of the walk.

Along the walkway, the estuary lies on one side, affording you views back over to Alvor and the harbour. The Ria de Alvor is a protected lagoon, where you'll see lots of seabirds, and ospreys which winter here every year. On the other side, are the dunes which back Alvor's huge sandy beach. 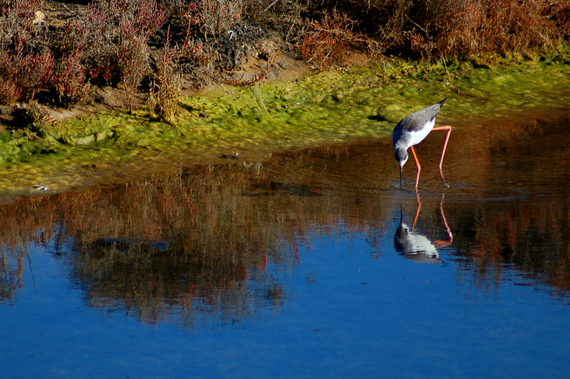 Rather than turning left onto the main beach where most of the tourists go, I like to carry on right to the end of the walkway, where you'll find a little known beach on the estuary side of the village. It's always quiet here, even in the busy season, and the waters are calmer if you're travelling with little ones. Hermit crabs scuttle about in the shallows and you can watch kite surfers whizzing across the shallow waters when the wind picks up.

From here, you can double back on yourself, taking the first path on the right to get onto the main beach. Walk all the way along and you'll reach a section where there are interesting rock formations, little caves and small sandy coves. Here I tend to stop for a Galão, the Portuguese version of a latte with strong coffee and steamed milk, at the Canico. Seemingly sitting squashed between two cliffs, it affords some of the most dramatic ocean views, with waves crashing directly below you as you drink, or dine.

While you can eat freshly caught shellfish here, I prefer to head back into the village of Alvor for an evening meal. At the end of the harbour, where the old fish market is, there is a choice of seafood restaurants, where fish is cooked in the open air on charcoal grills. The smell of barbecuing fish and the smoke from the grills rises in the air to tempt the tastebuds. 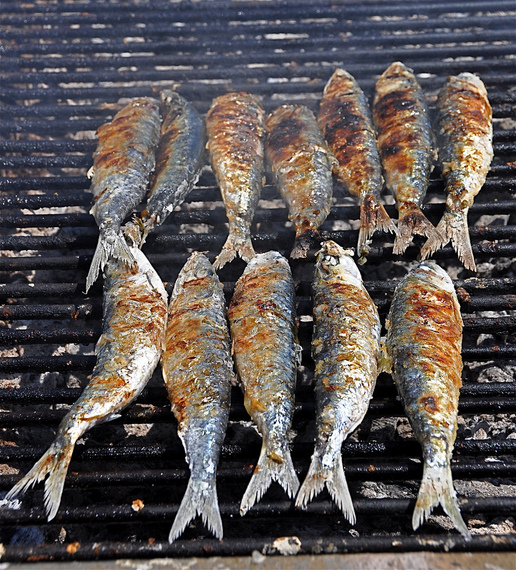 All the fish is on display, so you can simply choose which one you fancy, tell the chef how you want it cooked, and wash it down with one of Portugal's crisp white wines, like the Alvor white or, my favourite, the Planalto.

If you're lucky enough to be vising at New Year, as we did, you might find one of Portugal's many festivals taking place on the harbour front. Here, we found sardines being grilled and sold for a fraction of the cost of those on the restaurant menus, an open-air stage in front of which Portuguese couples and families were dancing to traditional Fado music, and fireworks which lit up the waters in Alvor, and those across the estuary in Lagos. It was a magical end to the holiday, and the year. And, we made our New Year's resolution then and there - to return frequently to Alvor.