After a plaintiff lost a meritless credit derivatives case, I asked a senior executive why he tried to shake-down the innocent defendant for a payment on a credit event that never actually happened. He said he had the budget to litigate, and "it was a long shot, but anything can happen in court." The case dragged on for years. Meanwhile, in a separate, similar, but crucially different credit derivative, the plaintiff delayed paying what it owed to a third party. 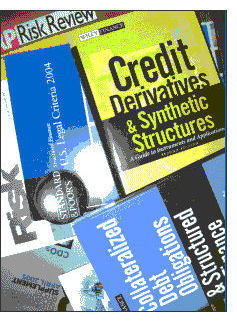 The executive was right about the vagaries of court. A district court ruled in his favor and sparked a mini- panic in the credit derivatives market as amicus briefs were prepared. Fortunately, a U.S. Court of Appeals overturned the district court ruling, and the plaintiff didn't get away with the attempt to thwart justice.

There was a time in the financial markets when this executive and his associates would have been quietly cut off by counterparties. Word traveled fast in a tightly knit market. But the explosion in the credit derivatives market and in global structured finance in general, drew a large motley crew of so-called finance professionals. Today when I run into someone who isn't ethically challenged, I feel like an archeologist who has discovered a fragile artifact from a lost civilization.

The unspoken rules of the finance business have changed, and behavior that would get you arrested on a city street is deemed clever when it is labeled high finance.

After JPMorgan Chase privately settled allegations of securities fraud in a case filed against it by another too-big-too-fail bank, CEO Jamie Dimon remarked to me that the litigation process is "a game." The case involved structuring, rating, and accounting gimmicks. When it comes to litigation, many accountants, rating agencies, regulators, bank managers, lawyers, and expert witnesses participate in an ethics free race to the bottom. This is enabled by the protracted legal process which often results in a settlement wherein court documents are not made public.

Plaintiffs or defendants may be in the right, but that doesn't mean right will be done.

Every law firm will claim it has the expertise to handle a client's case. Yet the quality, professionalism, and integrity of lawyers and law firms are variable, and there is no meaningful quality control. A strong client who can instruct lawyers and monitor a case's progress increases the chances of a good result. Otherwise, a client who is in the right may be lied to and victimized by its own glib lawyers. If a client doesn't feel up to the task, the client should consider hiring an outside case manager to keep the process on track.

Law firms vary in structure and in ethical tone just like any other business. Some law firms are structured so that junior lawyers get paid a stipulated amount and move up the hierarchy to partner level. These firms tend to behave as if everyone is in it together, and they also tend to self-police in a more effective manner than firms that adopt an alternative structure. Some law firms are structured so that a lawyer or cluster of lawyers effectively run separate businesses within the firm. These firms tend to engage in less self-policing.

Law firms are usually run as partnerships, and some law firms aren't very good at managing cash and expenses. Law firms go bankrupt when partners take too much cash out of the business and do not retain enough working capital. Savvy experts won't accept the engagements of law firms that ask them to take their credit, since even some of the "best and brightest" law firms do not pay their bills, even after the client has given them the funds.

As the stakes became greater, some expert witnesses offered opinions for pay. One high-profile expert witness told me his firm discourages its staff from writing any public commentary. They will accept either side of a case, irrespective of the facts, and reports often contradict each other from one case to another. In other words, they will offer the opinion a law firm wants for either side of the same case for pay; it just depends on who comes to them first. Cases usually settle out of court, so they are never found out. The lack of publicly expressed opinions by these so called experts is a red flag in itself. They will take a law firm's credit, because they know the firm will soon come back when it needs another made-to-order opinion.

Lawyers may argue either side of a case, but expert witnesses are supposed to provide opinions grounded by science, facts, and evidence. In Europe, this is clearly spelled out. The duty of an expert witness is to the court. In the United States, an expert witness that distorts facts to fit a wanted opinion would be easily discredited, if anyone took the time to compare their previous reports. A deposition can be a useful tool for uncovering inconsistencies, but it is difficult to uncover opinions about cases that were settled out of court.

An opposing expert witness can expose the phony science and the lack of genuine supporting evidence for a flawed opinion. But that can only happen if the clients' lawyers are capable of retaining an expert witness with the right abilities.

The irony is that when a client is in the right, a competent expert witness with experience in these products can write a stronger initial report and a more persuasive rebuttal report than a so-called expert who writes a report to fit lawyers' preconceptions. Moreover in a deposition, the expert who analyzed all of the documents, performed the analysis, and wrote the reports--as opposed to lawyers writing or revising drafts and sometimes withholding evidence that they mistakenly feel will harm a case -- will have a better command of the facts than opposing counsel.

Moreover, a qualified expert will usually unearth evidence that armies of lawyers and previous experts either couldn't analyze properly or for which they didn't understand the implications. The odds of the client winning the case, or getting a satisfactory settlement, increase dramatically.

Janet Tavakoli is the author of Credit Derivatives & Synthetic Structures, the original trade book on how the language of contracts is gamed. She is also the author of Collateralized Debt Obligations & Structured Finance, the first trade book to reveal securitizations and collateralized debt obligations that were incorrectly rated and that also employed credit derivatives technology to amplify hidden risk.