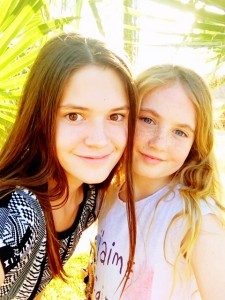 There's a trend in parenting to compliment our children's abilities rather than their appearance.

The lede in a recent Daily Telegraph article states, "Parents should stop telling their children they look beautiful because it places too much emphasis on appearance and can lead to body confidence issues later in life."

Despite my foibles as a mother, I still feel entitled to disagree. I don't think we need an "all or nothing at all" attitude when it comes to complimenting our children.

I have one daughter who likes to fly under the radar. She loves wearing a school uniform because she can blend in. She prefers wearing her luxurious blonde locks in braids because she doesn't want a lot of attention. She could care less about getting her ears pierced or wearing makeup.

Yet when I look at her in the passenger seat after I pick her up from school, I can't resist saying, "You are so beautiful."

She'd like to pretend she hates it, but her shy smile gives her away.

However, the compliments don't end there.

This daughter loves little children, so they immediately trust her and follow her around like little ducklings. She's also an avid sci-fi fan and a cat lover/cinematographer (the self-shot documentary of her epic karate battle with our porcine tabby Marilyn Monroe is a must-see). I frequently praise her for her patience, creativity and hold-the-vermouth dry sense of humor.

Then we have my second daughter. She was practically born wearing nail polish. She loves fashion, makeup (although she's only allowed lip gloss at this juncture) and when she walks into a room, she'd love every eye to notice her (wonder where she gets that?)

I often tell this daughter that she's beautiful because, to me, she is.

But she's also a passionate, though slightly bloodthirsty, storyteller (there've been a slew of beheadings in her tales of late), a fierce soccer goalie, a voracious reader and a really good friend. I compliment her for her inventive mind, her bravery on the field, her intelect and her empathetic heart.

So yes, compliment your childrens' abilities. But don't throw the baby out with the bathwater. Tell your children they're beautiful, too. Because soon enough, the world will tell them different.

These are the things people said to me when I was an adolescent that negatively impacted my body image:

"You'd almost be pretty if it weren't for your hair." "It looks like you have pubic hair on your head." "What are those strings hanging out of your shorts? Oh, they're your legs." "You have cellulite. That's gross." "Why do you even wear a bra? There's nothing there."

And my favorite. Right after proving all the naysayers above wrong and being crowned Homecoming Queen my senior year in high school, I overheard the yearbook photographer ask his assistant, "How come the pretty girls never win Homecoming Queen?" His assistant replied, "Everybody's too jealous of them. They always pick the nice ones."

Nice is nice. But, ouch!

So, where's the crime in giving our children an approving gaze while they're young to hopefully inoculate them against a world that is always telling them they don't measure up?

I'd love to hear your thoughts in the comments below. And if you'd like to keep up with my polarizing views and occasional nudity, you can go here.

Below are photos of the beautiful kids in our lives. Some of these children are mine and some of them belong to dear friends and each one of them is heart-stoppingly, uniquely exquisite. 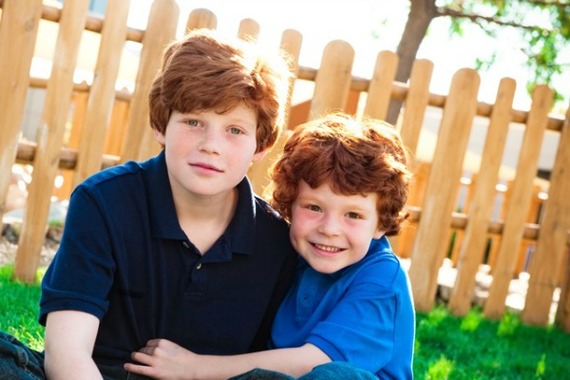 
Sleeping beauty who can wield dwarf ax if need be.