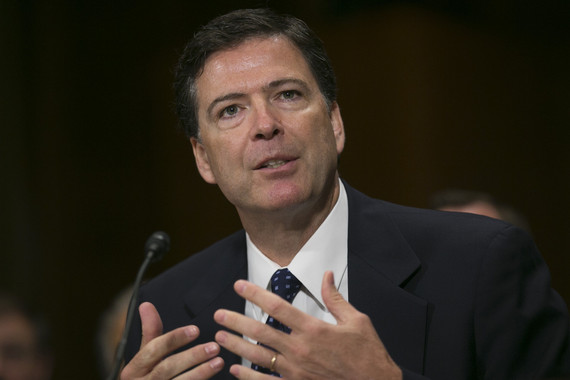 In the aftermath of FBI Director James Comey's recommendation against charges for Hillary Clinton's email server, typical Republican and left-wing anti-establishment outrage flooded the media. Clinton's "extreme carelessness," they said, was more damaging to American national security than Edward Snowden's, David Petraeus's, and Bradley Manning's violations, and thus demanded a proportionate punishment. Though Snowden himself seems puzzled with the verdict, the Comey's statement was well-reasoned on the issues of intent in the criminal prosecution of national security violations.

What differentiates Snowden's, Petraeus's, and Manning's cases from Clinton's was that the former three individuals intentionally distributed classified information to unauthorized individuals. Snowden turned over documents on the PRISM program, among other government operations, to The Guardian. Petraeus gave confidential information to Paula Broadwell, his biographer. Bradley Manning sent documents to WikiLeaks. It does not matter whether, in the end, any of these individuals' actions were morally right or wrong.

Snowden and Manning might be heralded as whistleblowers fighting against an increasingly secretive American government that has violated the Constitutional and human rights of millions of Americans. It could be argued that they, and Petraeus, did not harm national security if one believes that the documents released were not exploited by foreign entities. Conservatives and Bernie Sanders' supporters may scream that Clinton's email server damaged US national security far more than any leaker since 2010.

However, as in the prosecution of libel, intent matters far more than consequences for the existence of a crime. Unless malicious intent--in this case, distribution of classified information to non-cleared individuals--can be proven, careless incidents endangering government secrecy are treated more like liabilities to companies--employees are fired and security clearances are revoked, but no one is prosecuted.

All individuals whom Hillary Clinton had intentionally communicated with using the server were cleared to access the information. Is it possible that unauthorized and foreign entities accessed the server? Yes, but that does not matter. However, even if one were to ground an indictment by consequences, Clinton's incident is debatable: since there has never been a news report confirming the compromise of her server, all ramifications of her actions are merely described as "probable." The FBI itself has stated that though Clinton's server could have been hacked, there was no indication that it was.

Does the incident necessarily demonstrate that Clinton lacks the judgment to be the next president? Should Clinton's aides have their security clearances revoked? Given frequent and sometimes successful attempts to hack US government servers, should we avoid ruling out the use of privatized and secret servers like Clinton's for classified information? These remain open questions, but no facts clearly indicate that Clinton's prosecution would uphold any law. Initiating a charge without even a premonition of her malicious intent would, in fact, undermine all rhyme and reason behind laws protecting our government's secrecy.

Clinton's email server should serve as a reminder that the regulation of classified information is hardly straightforward. Of the 30,000 emails released, just 110 contained information that was marked top secret, secret, or confidential. Another 2,000 emails, initially unmarked, were retroactively classified as "confidential". Critics state that Clinton should have been able to judge which emails were to be designated as classified, but ultimately judgment is subjective, with government employees erring one way or another.

As Richard Lempert noted, different agencies may give different levels of classification to the same information. Classified information may slip through the cracks in informal discussions concerning classified documents as it did with Clinton's email accounts. And the reasoning behind every fact's classification complicates the situation further: facts alone may not require secrecy, but if they point towards an important source of human intelligence, they may require classification. Perhaps this is why 2,000 of Clinton's emails have since been designated "confidential".

Even in the era of widening partisan gaps, it would be ill-advised to throw around indictments willy-nilly. Voters use James Comey's statements for the insights on Clinton's fitness for the presidency, not prison. It seems as though after every scandal, suddenly, everyone has a law degree and the bravado to throw around useless charges when the discussion should have moved on months ago.