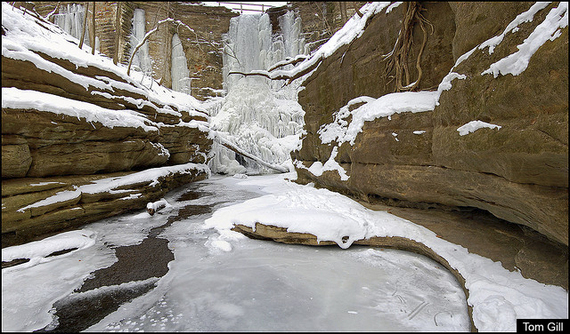 Although it's smaller in area than nearby Starved Rock, Matthiessen offers a half -dozen waterfalls and a few small caves to explore. Lake Falls is probably the most popular waterfall at the park, it was created when a dam was built across the canyon. This dam blends in well with the canyon walls, and appears rather natural. The falls are 30 feet tall and impressive in all seasons, but especially in fall and winter, when surrounded by autumn colors or winter white. 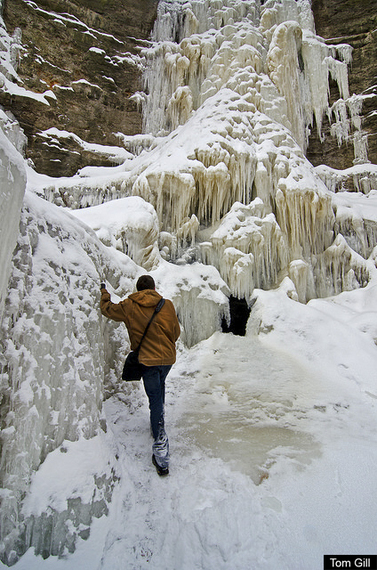 The Lake Falls waterfall can be spectacular when frozen. The water flows over the textured canyon walls and changes direction as it hits each rock obstruction, creating a cascading ice formation much wider than the waterfall itself. The ice dominates the head of the quiet, narrow canyon.

A bit off the beaten path, and relatively hidden from most hikers, are the two waterfalls just beyond Matthiessen's Cedar Point -a bend in the main stream leading from Lake Falls to the lower dell area, and finally to the Vermillion River. 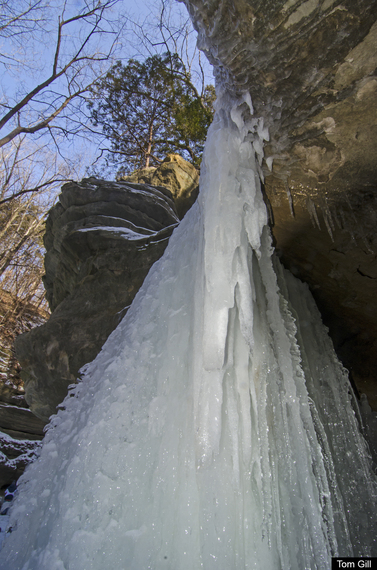 To view these waterfalls, one must cross the stream, and round a curve within the tall canyon. Though shallow, the stream provides just enough of a barrier to most hikers, so this part of the canyon isn't visited as much as the others, yet it yields some of the most interesting formations in winter. 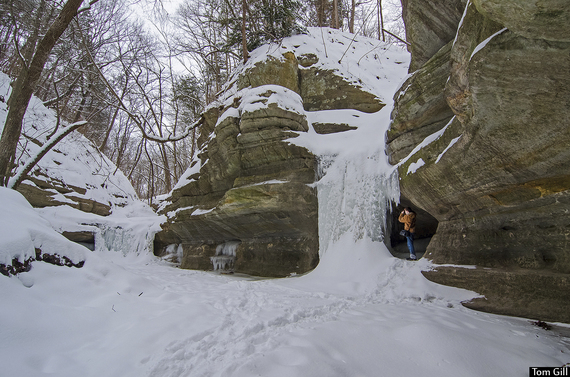 The two waterfalls can be seen together, due to their close proximity. The first frozen waterfall produces a narrow column of ice about 25 feet tall. An undercut in the canyon wall allows the sure-footed visitor access behind the frozen falls, and to experience the ice as it is back-lighted by the sun. Though small, this ice cave often displays beautiful ice formations that look like moving water. Due to the high level of moisture in the canyon, hoar frost often forms on icicles hanging from the rock ceiling, creating crystalline chandeliers inside the small cave. 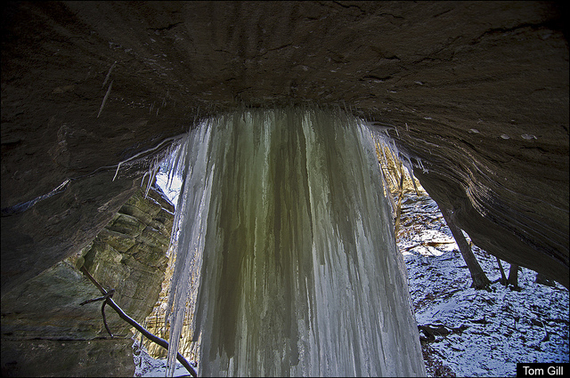 Steps away, a much wider frozen waterfall beckons winter hikers. Here, the rock is undercut across the width of the canyon, and the trickling water creates a wide ice formation that closes off the undercut from the rest of the canyon. Often, however, the ice does not form to the edge of the canyon wall, and the space behind the ice is accessible. At approximately fifty feet long, four feet wide, and five feet tall, this ice cave is the largest at Matthiessen State Park. 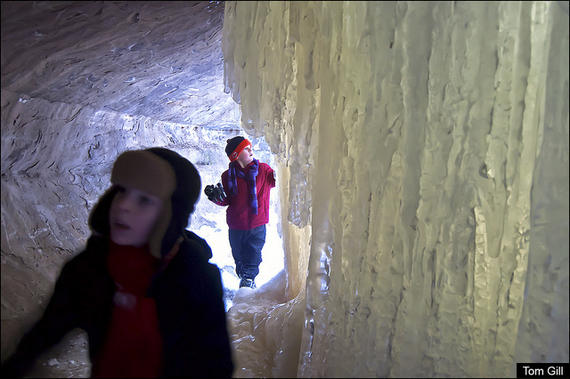 Exploring the inside is like stepping into another realm. The ice walls are multicolored, due to the minerals and sediments carried by the water, and the sun shines through, giving the cave an eerie but beautiful appearance inside. 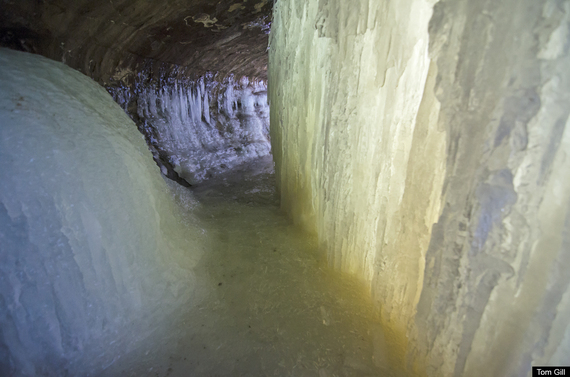 On this trip, the floor of the ice cave was covered in about eight inches of water, which was on the verge of crystallizing into ice. The water crunched as I walked through it, all the while holding onto the ice wall for balance. This winter, unlike previous winters, the ice cave continued for the entire length of the canyon wall and opened up at the other end. As I made my way through, I heard water cascading from the stream above, slowly adding to the layers of ice. This water prevented me from exiting the ice cave at the far end. Not wanting to get soaked on a cold day, I returned the way I entered, viewing the cave from the opposite perspective on my return trip. I remained in the cave for quite some time, intrigued by the illuminated ice that was backlit from the sunshine on the other side of the ice wall. 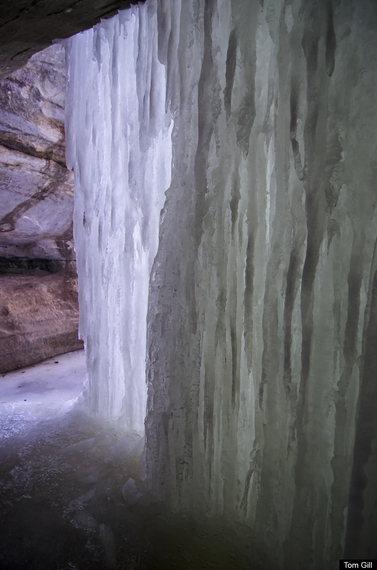 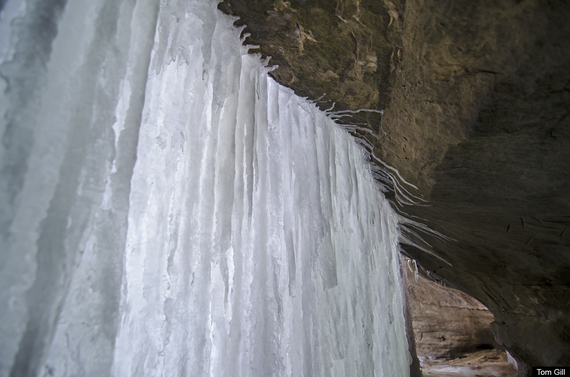 Moving on to view the other waterfalls and ice formations in the park, my mind remained on the interior of the ice cave. The other canyons and frozen falls, although beautiful and impressive, paled in comparison to the ice caves just beyond the bend at Cedar Point.