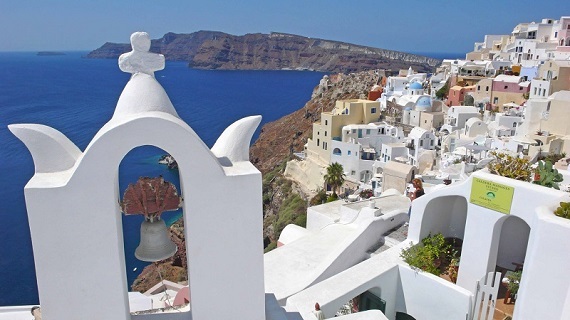 Santorini's buildings are white and blue, the colors of the Greek flag.

The island's snow-capped peaks come into sight from your cruise ship about an hour before docking at Santorini. Snow capped? Closer in, the peaks turn out to be hillsides full of whitewashed homes, shops and churches, accented here and there in blue. But chances are you'll be oohing and aahing at something else during your stay on Santorini.

Think of a mountainous, moon-shaped island about 8 miles wide. Then imagine the island re-shaped like a crescent, with its whole left side gone. Some 3,600 years ago, that's what happened to the Minoan island of Thera when a giant volcano blew its lid right through that dot in the Aegean Sea. 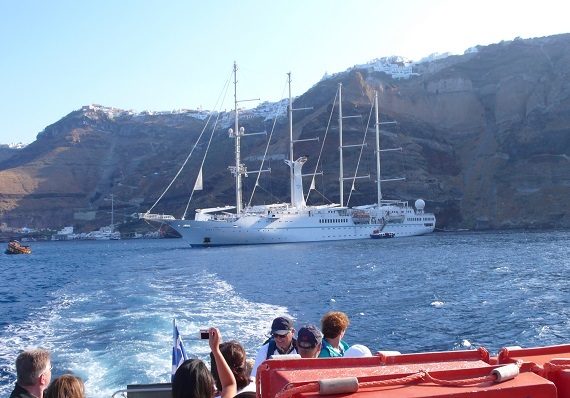 Seawater filled the gap left by the blast, creating a lagoon about twice the size of the Las Vegas strip. Sheared off by the explosion, cliffs a thousand feet high were left edging three sides of the lagoon. 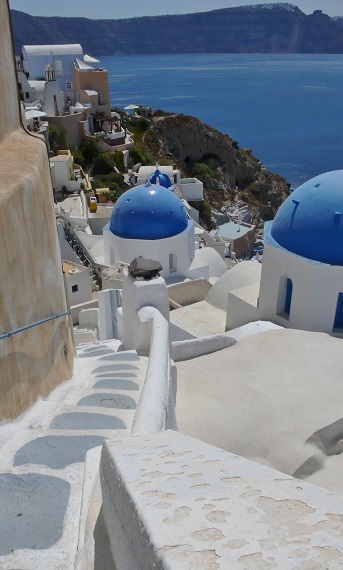 The island's hillsides are a labyrinth of pathways.

Geologists say the eruption created a tsunami wave that was so big - perhaps the height of a 16-story building - that it wiped out large areas of Crete (70 miles away) and went on to tear up the beaches at spots as far away as the Israeli coast. 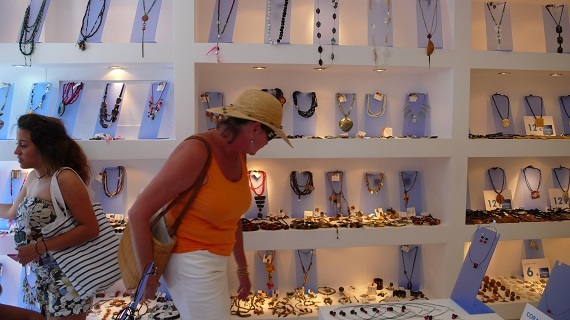 Little did the ancient Minoans know that their big blast would someday create big-time tourism.

Today, looking down at the lagoon's bluer-than-blue waters from atop the cliffs at Fira, you get the feeling you're on another planet - if you can ignore the mobs of tourists meandering around. 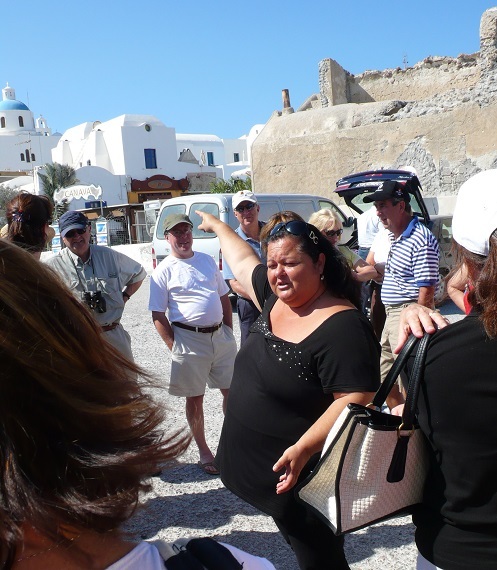 Tour guides say Santorini could have been Plato's legendary island of Atlantis.

Winding through the city are narrow lanes lined by wall-to-wall shops offering exquisite jewelry, classic Greek pottery and hand-woven clothing. You'll also find plenty of bars and outdoor restaurants up there, typically with views of the 8-mile-long lagoon. The better the view, the steeper the prices. There's one time of the day when patrons are willing to pay just about anything for an outside seat at Fira or the nearby town of Oia: at sunset, when spectacular, sherbet-colored skies fill the heavens over the lagoon and as far as you can see beyond that. 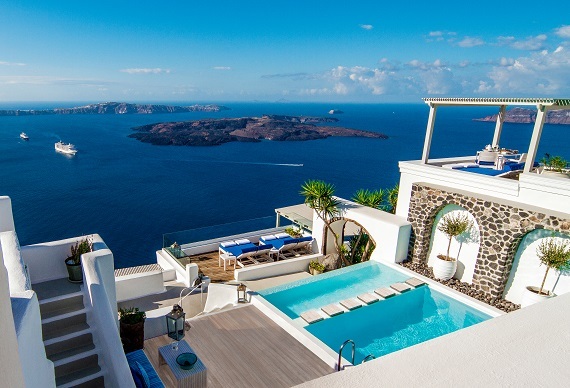 Staying there: Visitors have a choice of 150 or so places to bed down around the island. They range from upscale hotels with stunning views of the lagoon such as the award-winning Iconic Santorini featuring 22 cave-like guest rooms to older, view-less inns for as little as $50 a night.


More:
traveltravel to greeceLas Vegas
Newsletter Sign Up
An essential daily guide to achieving the good life
Subscribe to our lifestyle email.
Successfully Subscribed!
Realness delivered to your inbox