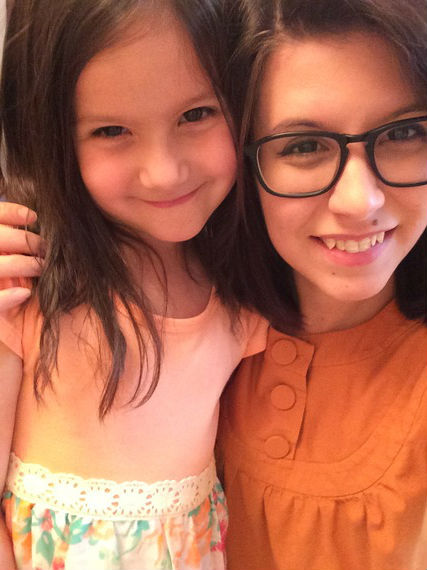 Blinded by their own judgment, some journalists use the guise of science to perpetuate shaming narratives about young moms.

A recent study, reported in major media outlets, explores the risk of Sudden Unexpected Infant Death (SUID). The study involved 43 mothers under 20 years old living in Colorado. Participation was not based on having lost a child. The findings indicate that despite education on risks of co-sleeping and use of loose blankets in cribs, young mothers disregard pediatric recommendations and instead rely on their own instincts and family practices.

In a follow-up report on the study for NPR, health blogger Laurel Dalrymple considers these findings in light of her own parenting practices as a 30-year-old mom. She admits that she herself did "cheat" and did not always follow pediatric advice. Yet she justifies her behaviors due to her assumed sophistication and maturity.

We take issue with this double standard. The author positions teen moms along an evolutionary mothering hierarchy in which young moms lack the capacity for complex reasoning such that any decisions are reduced to base instinct. The 30-year-old mother, by contrast, claims that she has the individual "drive" to resist the temptation to co-sleep and thus portrays herself higher up on the decision-making chain than the young mothers.

Her report depicts an image of young moms as irresponsible and having a cavalier attitude, willfully exposing their children to known risk factors of SUID. Reviews like Dalrymple's are part of an ongoing campaign against young parents. They are nothing short of public bullying.

Such tactics add up to a thinly veiled attack on marginalized families. Reports like these ignore the reality of growing wealth and socioeconomic inequality and the ways this plays out in the lives of many young parents, while reinforcing the common sense notion that young moms cannot parent effectively. They become the archetype of irresponsible caretakers.

We expose how such health reports equate to public bullying of the demographic of young moms.

First, the reporter uses the finding that young moms listened more to friends, family members, or their own "instinct" than to experts, painting young moms as overconfident in this instinct. The reviewed study does not offer a comparison of maternal age groups. We argue that confidence in maternal instinct is not exclusive to young mothers. There is an overwhelming body of parenting advice as well as social influence, from which it is commonplace to do what works and feels comfortable for individual families.

Reproductive health feminists and medical anthropologists, among others, have levied critiques against the fetishizing of expert advice and demonstrated how it undermines women's agency and prevents revaluing different forms of knowledge, particularly from marginalized groups.

Second, the reviewed study and the reporter take issue with young moms' bed sharing and co-sleeping while failing to mention that sleep researcher James McKenna and a number of other well-known evolutionary biological anthropologists advocate safe co-sleeping. The closeness of mother and infant enhances breast milk supply and increases the amount and quality of sleep that mothers get. Indeed, the acceptability of co-sleeping is incredibly stratified so that middle- to upper-class, well-educated white women actually have bragging rights for co-sleeping.

Our research and work through the Hear Our Stories project (www.umass.edu/hearourstories) with young Latina mothers in Holyoke, Massachusetts, where the teen birth rate is the highest in the state, reveals stark social and reproductive health inequities. Young parenting is connected to so many other issues, such as education, housing, disinvestment of communities, growing economic inequality, racism, and possibilities for "doing your life," i.e., living a dignified life.

Blinded by the dominant narrative of ideal parenting, the reporter and those conducting the study do not seem to realize that a different set of standards has been employed to evaluate young versus older moms. They also do not take other contributing factors into consideration when evaluating the parenting practices of these different age groups.

For example, neither the study nor the report about it acknowledges that population research correlating maternal age and sudden infant death also strongly associates other factors, namely tobacco use and having two, three or more prior births, while one of the most protective factors against sudden infant death is Hispanic race/ethnicity. Such large-scale population studies, however, fail to account for socioeconomic differences.

We wish to highlight the fact that all new mothers are judged regardless of their age. However, society's judgment of young mothers is far more intense. We argue that the intensity of the judgment and the forms it takes constitute nothing short of social bullying, and young moms are sorely aware of the judgments. In our interviews with young mothers, they attest to harsh treatment by medical staff, social workers, and family members. Barbara Hanna has documented the extraordinary extent to which young mothers' lives are publicly examined in ways that older mothers, particularly those from the middle-classes and above, cannot begin to imagine.

This judgment has a cost, and we call it the cost of shame.

The point we wish to drive home is that once young women have a baby, they are mothers, like it or not. Having a baby is a life-changing event no matter the age at which it occurs, and mothers younger and older report that having a child forced them to "grow up." It is unfair to treat young mothers separately and harshly, robbing them of the support offered to pregnant and parenting women who may only be a few years older. Young mothers deserve and need support, not shaming and bullying.

Surveillance of mothering practices and the "ideal" age of first-time mothering has intensified, thanks in no small part to the cacophony of biased studies, news reports, and state welfare apparatuses. Meanwhile, women face tremendous pressure to avoid having a child until their lives are perfectly set: college degree(s), career on track, financial stability, and a supportive and employed partner. When these criteria are not met, being pregnant becomes a physical indicator of shame and what are viewed as poor choices. This is reflected in reports that cast young mothers in a demeaning and stigmatizing light.

Rather than harsh judgments, we need supportive narratives, unbiased studies, and concrete resources to enhance mothering experiences for young mothers.

Elizabeth L. Krause is Professor of Anthropology at the University of Massachusetts Amherst. ekrause@anthro.umass.edu

Katie Waldron will receive a BA in Anthropology from the University of Massachusetts Amherst this May and will continue as a graduate student in education at Mount Holyoke College. knadeau.waldron@gmail.com

Aline Gubrium is Associate Professor of Health Promotion and Policy at the University of Massachusetts Amherst. agubrium@schoolph.umass.edu