A community is an extended family, a social ecosystem that includes both our environment and our relationship to all those around us, human and non-human alike. When any member of this family suffers neglect, all members are diminished and the community as a whole is harmed.

Consider the case of companion animals.

Approximately 400 million dogs exist worldwide and according to World Society for Protection of Animals (WSPA), roughly three-quarters are unwanted. In much of the world, even including portions of the U.S., sheltering homeless animals is a very low social priority, if it is undertaken at all.

Worldwide most homeless animals are left to fend for themselves, or starve, or become subject to cruel collection and killing campaigns like the one recently carried out in Sochi that made headlines internationally. Although effective methods of preventing unwanted litters of dogs and cats have existed for decades and are becoming easier and more cost-effective every day, preventing the births of more homeless animals is not practiced in much of the world, and is not the publicly supported option even in the U.S. with public funding for prevention efforts at a tiny fraction of sheltering.

When a community is beset by unwanted companion animals, street dogs for example, the care each animal receives is diminished. The local perception of appropriate care is reduced to include none at all, and neglect actually becomes the norm. Not surprisingly then, the average lifespan of a street dog is under three years. While the effect of this neglect on the animals is the foremost issue, and it should be addressed with urgency, "normalized" animal neglect also has a profound effect on people in the vicinity. Witnessing neglect ultimately transfers to the way people perceive the need to nurture, to care for the world around them. Witnessing neglect as a normal day-to-day way of life does not foster a sense of compassion. In fact, quite the contrary.

When companion animals visit hospital wards, children respond positively: their appetite improves, they want to play and they communicate more about their condition. We readily acknowledge this improvement; however, we ignore the opposite effect of losing a pet due to the inability to feed a litter, or seeing a local street dog meet a violent fate, or viewing one of the collection and killing programs so common in developing nations and on tribal lands in the US. These experiences obviously have a far greater impact on the animals themselves than on people around them, but surely living with this violence does not teach us how to be good neighbors. 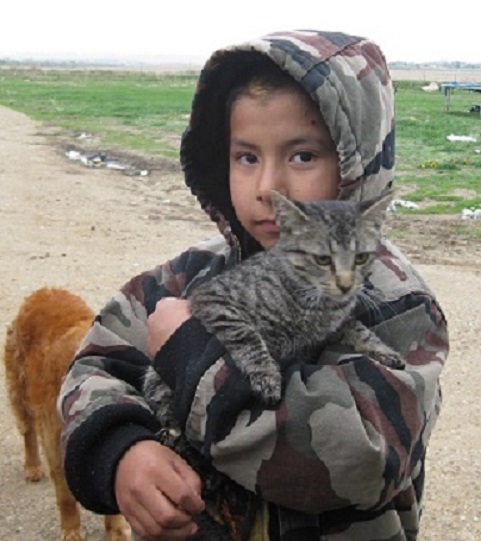 If nurturing, caregiving and warm human/animal relationships have a positive outcome for people, what happens when we allow neglect and cruelty to be the norm? We offhandedly dismiss many negative, if somewhat subtle, experiences that children in chronic poverty endure. If good experiences can support a therapeutic outcome for a sick child, there is no reason to think that the opposite, witnessing neglect, suffering and cruelty, are without impact as well.

If we view a community as a social and physical ecosystem, a network that is ultimately connected to all other communities worldwide, we must recognize that chronic and widespread neglect of companion animals not only kills these neighbors in a slow and horrible way and but extracts a high price from those who learn to live with it on a daily basis. Preventing unwanted litters is a humane and cost-effective step in enabling people to provide basic care for the animals around them -- and, in the process, improving the life of the community they are a part of.