A new species of extinct porpoise kept a stiff bottom lip, fossils reveal. Though closely related to living porpoises, Semirostrum ceruttii (artist’s illustration above), named for its finder, Richard Cerutti of the San Diego Natural History Museum, has a mandible shape never before seen in mammals. Its bottom jaw protruded 18 cm beyond the top one, making up 40% of the beak. Researchers found the specimen (inset) in rock formations along the California coast estimated to be between 1.6 million and 5 million years old. 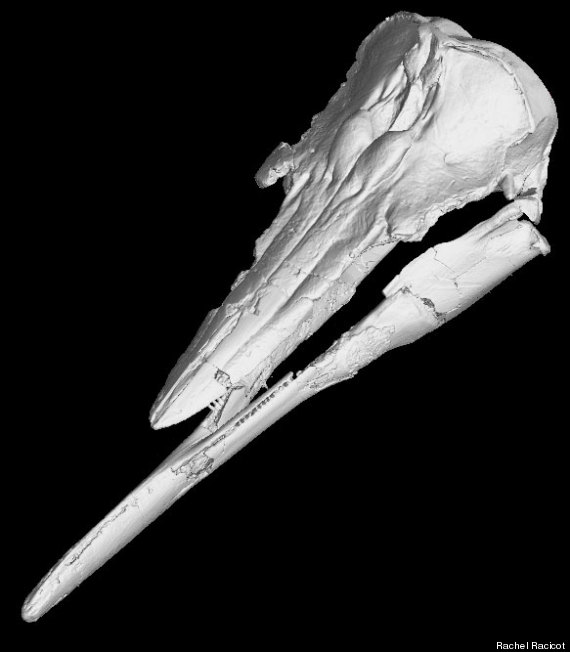 This photo shows the skull and jaws of skimmer porpoise

A CT scan of the fossil revealed canals where nerves likely ran along the jaw, making it extra sensitive, researchers report online today in Current Biology. The shape and canals look similar to the mandible in skimmers—birds that glide their lower jaw along the ocean’s surface to pick up small fish. 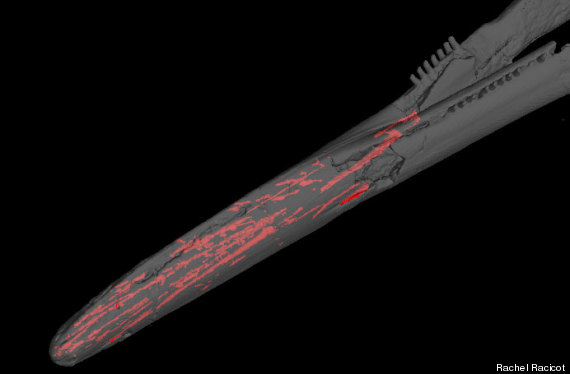 The fossil also hints that the porpoise had poor eyesight, and its teeth showed signs of wear from sand particles. Researchers suspect that the animal used its sensitive lower jaw, combined with echolocation, to skim for prey along the dark sea floor.