Should you care that an obscure flower that only grows in a very limited area, serves no obvious purpose, and is unlikely to ever be in an arrangement in anyone’s home is facing possible extinction?

The U.S. Fish and Wildlife Service recently proposed that just such a flower be protected under the Endangered Species Act and that the 786 acres in 13 counties in Georgia and Alabama where it is found be designated as “critical habitat.” The plant is the Georgia rockcress (Arabis georgiana), a 3-foot-tall flower that grows only on steep river bluffs with exposed rock outcroppings beneath hardwood trees where it gets a mix of sun and shade. It was first identified as needing federal protection in 1975. Almost 40 years later, the 18 surviving populations are threatened by development, logging, quarrying, camping, invasive species and hydropower dams.

What about the more than 750 imperiled plants and animals across the country that the Center for Biological Diversity in Tucson, Ariz., a national, nonprofit conservation organization with more than 625,000 members dedicated to the protection of endangered species and wild places, and the federal Fish and Wildlife Service are seeking to protect? Should you care about them?

Noah Greenwald, the center’s endangered species program director who is based in Portland, Ore., thinks you should care a lot. “This is not just about one plant in Georgia and Alabama,” he said.

People should care about extinction of seemingly obscure plants and animals, even if they do not live, work or play in the habitats where the threatened species live, he said, for the same reason that the coal miner should be concerned that the canary is lying motionless on the bottom of the cage. Just as the canary is a sign of trouble with the air in the mine, the loss of species indicates impending problems for the health of the planet.

“Plant species make up ecosystems, and ecosystems provide services,” Greenwald said. “They do things for us.” Those things, he said, include:

When we lose species out of ecosystems, Greenwald pointed out, we start losing the services those ecosystems provide. “The functionality of ecosystems goes down,” he said.

Look to the bees for an example
We are seeing this with the loss of bees, both native bees and the imported honeybees, Greenwald added. Bees are critical pollinators for farmers, and reduced numbers have caused alarm among almond growers in California. There’s also concern over loss of bats in the Eastern United States and the role they play in insect control, Greenwald said. 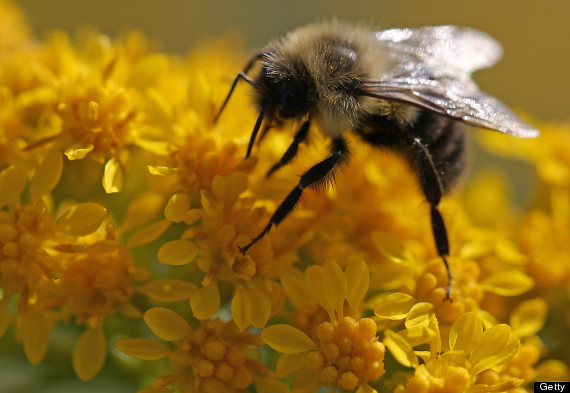 We should also remember, he continued, that species diversity is part of what makes different regions unique and special. The Georgia rockcress, he pointed out, is part of the history and natural heritage of some of the areas along the five rivers — the Chattahoochee, Coosa, Tombigee, Cahaba and Little Cahaba — where it grows in Georgia and Alabama. “Losing species makes the world more and more the same, more homogenous,” he said.

It also causes scientists and researchers to lose information that form a knowledge base about the chemicals in plants and plant compounds. That’s important, Greenwald said, because plants not only are a source of food but have played important roles as sources for medicines that help cure disease. He cited two examples.

Quinine, the first effective treatment for malaria, occurs naturally in the bark of the cinchona tree. Cinchona quinine, a genus of 38 species native to the tropical Andes forests of western South America, was the anti-malarial drug of choice until the 1940s. Aspirin originally came from willow bark. Is it possible an extinct plant held the secret to a cure for cancer? Unfortunately, we’ll never know.

Pandas are cuddly, but plants stay put
Do animals, like cute and cuddly baby panda bears, have an advantage over plants of achieving endangered status? Yes and no, says Greenwald.

Precursors to the Endangered Species Act only allowed for the protection of vertebrate animals. With passage of the act in late 1973, plants and invertebrates were afforded protection. The result is that now many plants are protected. While it’s true that plants aren’t cuddly like a panda, Greenwald said, they also stay put. In that sense, they tend to generate less controversy than animals that move around and can turn up in inconvenient places.

“We’re fond of saying that plants are the foundation of life on Earth because they convert energy from the sun into food, so perhaps they are more important to protect than animals,” he concluded. In either case, the center has been involved in petitioning for protection of species for more than 20 years in an attempt to protect the full suite of species at risk of extinction.

The Endangered Species Act allows groups like the center as well as private citizens to petition to have species protected. It assigns response to the petitions and implementation of the act to the Fish and Wildlife Service.

Fish and Wildlife's authority to stop projects
The act prohibits the removal of species from the habitat. When a plant is protected under the act, the Fish and Wildlife Service immediately begins taking steps to restore the habitat or to propagate and to reintroduce the endangered species. If there is construction, logging or other activity in the area, the Fish and Wildlife Service has the authority to stop the activity in the portion of the project that has been designated as endangered, which may or may not be the entire project area.

In 2011 the center and the Fish and Wildlife Service reached a settlement to speed protections for all the species on the endangered candidate waiting list as of 2010, as well as a host of other species previously petitioned for protection. So far, 108 species have been protected under the agreement and 61 more have been proposed for protection, including the Georgia rockcress.

The Fish and Wildlife Service, however, depends on funding to buy endangered habitat, fund habitat restoration, pay for propagating new plants and a host of other activities, Greenwald said. Will Congress come through to make sure that plants facing the same endangered status as the Georgia rockcress get the funding they need so they, too, can once again thrive? Time will tell, but many scientists believe that time is running out.