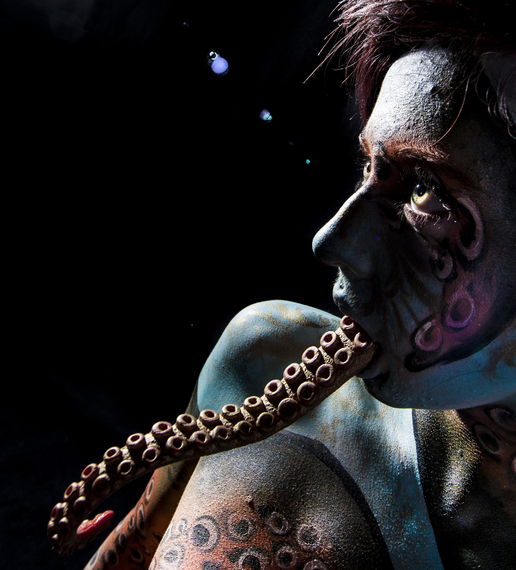 I veered into the former mall parking lot, where Longmont's mega Halloween pop-up shop usually looms every October. But this year I found a flat stretch of earth, the genesis of much-needed redevelopment.

But that was cool, because I was headed elsewhere, anyway. I rolled up to Hobby Lobby with a shopping list: cellophane packaging, a box of jewels, floral wire, two silver Christmas garlands and the longest silver spikes I could find.

It's Halloween again, and I was about to deflower the innocent craft store in the name of my ridiculous costume. As usual.

I've long been anti-pre-pack. Not because I'm So Awesome or crafty. But because premade costumes are a rip-off and look terrible. They're always too baggy where they should be tight and made out of the fabric equivalent of turkey giblets; you know, the junky pieces that you're supposed to just throw away.

That's not to say you can't find amazing off-the-rack costume pieces in stores such as Theatrical Costumes Etc., The Ritz, Goldmine Vintage and Candy's. These stores are some of the most beautiful destinations in Boulder County (Flatirons Schmatirons), and I shop them all year-round, unapologetically.

But if your costume is on the seasonal shelf next to the skeleton-print napkins, and also made out of the same material as the napkins, perhaps you could better invest that $79.95.

As in, invest it in a local artist and then win it back tenfold in All Of The Costume Contests.

I guess, technically, Sarah Swingle (also known as Sarah Elizabeth) is a body painter. But only if you forget everything you think you know about body painting.

"When I describe it, I always preface it with 'fine art' and 'transformational,'" says Swingle, 31. "Body paint gets a bad rap, because people are used to just swirls on breasts. But it can be absolutely anything." 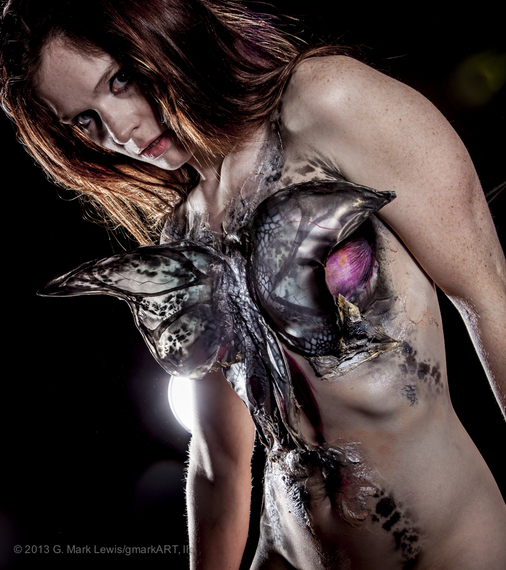 Once, someone challenged her to make a butterfly "metal." She used bailing wire and latex to craft a hardcore butterfly emerging from a woman's chest that would make nu metal band Slipknot tinkle a little bit.

At a recent zombie fashion show, Swingle ditched the overdone walking-dead thing and made her zombies green-skinned with colorful hair, sparkles and pink blood.

"I'm not a normal body painter. I do everything different," says Swingle, who is based in Boulder but has lived in Lefthand Canyon, Ward, Boulder and, now, Greeley.

Swingle has a degree in visual arts and began her art career in print product development. She currently teaches art (graphic design software and color theory) at Aims Community College in Loveland, in addition to painting skin; she's booked nearly solid throughout this month. 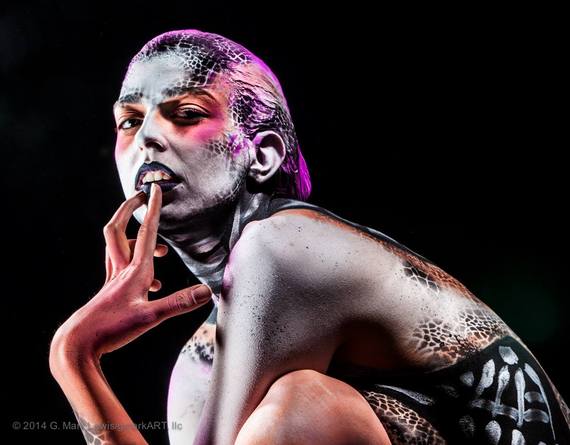 Her fans -- and she has more than 550 of them on Facebook -- like to challenge her creativity. Once, she says, she made the mistake of asking her Facebook crowd what she should paint next. The discussion went wild until everyone settled on her painting The Most Interesting Man In The World holding a pomegranate while riding a unicorn with an ice cream sandwich and tacos in the background.

A full-body silver robot. An octopus. A steampunk-style, painted-on corset. Swingle says if you can dream it, she can do it.

"The way I do all of my work is it follows the lines and curves of the physique, so you get abs if you want abs. ... I accentuate the attractive parts of the body," Swingle says.

Plus, unlike the Maleficent costume in a bag, no one's going to show up wearing the same thing as you.

"Paint is a piece of art," Swingle says. "It'll never be replicated."

As for my jewels and cellophane? My spider costume won't be replicable, either, although it might fall far from a piece of art. And if it does, I know whose door I'm trick-or-treating at this Halloween. Instead of a pumpkin bucket, I'll be toting a paintbrush and a plea for help.

This article originally appeared in the Boulder Daily Camera. Read more articles from the weirdest city in America, Boulder, Colorado, here: Only In Boulder.