Some frugal people are so good at pinching pennies that they leave their thumbprint on Abe Lincoln's face.

Take Terence Candell, a California man so cheap that he keeps no furniture in his Oakland home and painted his entire house on a single bucket of paint.

"Furniture is a keeping-up-with-the-Jones thing," Candell told The Huffington Post. "It doesn't give anything back."

Candell's miserly ways have earned him a segment on "Extreme Cheapskates," a new TLC series debuting Oct. 16, that focuses on America's thriftiest folks.

Certainly, Candell qualifies. He is so cheap that on the rare occasion he takes his family out to a restaurant, he opts for a budget Chinese buffet and has six people split three plates of food.

"Everybody got some food," he explained. "Plus, two of the people there weren't really supposed to come along."

The tightfistedness annoys his family to no end, but Candell believes that money only buys happiness if you don't actually spend any of it.

"I wasn't born a cheapskate," he said. "My brother used to save up his money so he could buy a soda when the rest of us had Kool-Aid and he would just sip it for hours."

When not saving his money, Candell looks for what prodigal individuals lose.

"How dare you walk through a parking lot without looking down?" he said. "People drop money all the time."

Candell would love to be known as "America's cheapest person," but he's going to get competition from other tightwads featured on the series. People like Greg Insco, a Zumba instructor in Cincinnati who washes his clothes when he takes a shower, leaves the tags on his clothes and only flushes his toilet once per week using shower water he's saved in a bucket.

He also steals plastic silverware and condiments from restaurants.

Then there's Kay is a New York City resident who manages to save half of her salary in one of America's most expensive cities by refusing to buy toilet paper and by dumpster diving for food behind the city's finer dining establishments.

Victoria Hunt is a self-made millionaire in Columbus, Ohio, who lives on $12,000 in part by putting her freezer on a timer so it only runs 12 hours a day and taking showers at her gym to save electricity and water. She also saves two bucks a month in water bills by urinating in a bottle and then emptying it in her garden.

Or how about Roy Haynes, who runs a pet rescue center in Huntington, Vt.?

He digs through movie theater trash cans looking for old drink cups and popcorn canisters so he can take advantage of free refills and he hangs up his dental floss to dry so he can reuse it later.

Haynes said he saves $40 a month by unplugging every single appliance in his home when not in use.

"I never noticed the recession," he told HuffPost. "Except when people started coming to me asking for tips."

TLC director of production Mike Kane learned a few tips that he may adopt.

"One of the people we profiled is an expert at repurposing," Kane said. "He took an onion bag and put some soap in it and showed how it could clean a dirty metal pan."

Although "miser" is the first part of the word "miserable," Kane found that the cheapskates seem quite happy.

"These people do their cheapness with a smile and," Kane told HuffPost, "as a result, I was smiling too when I watched the footage."

'Extreme Cheapskates,' New TLC Series, Shows How Far Frugal People Will Go To Save Money
Who Is Americas Cheapest Person? 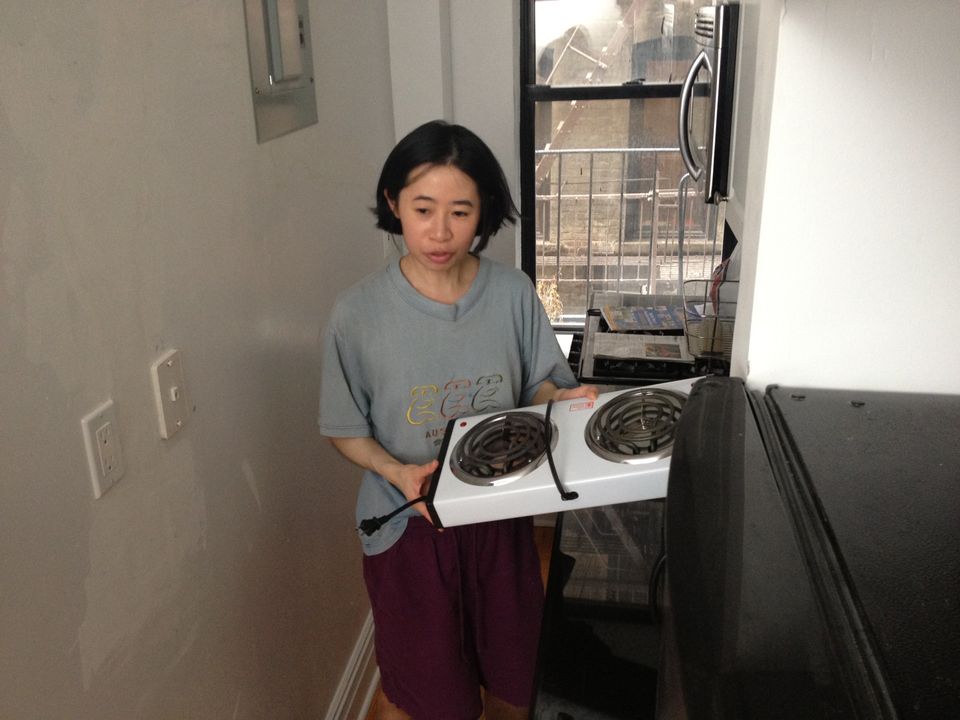