Wednesday morning kicked off with a huge letdown for scores of Detroiters hopeful the city would be named the host of the Summer X Games. Unfortunately, sports broadcaster ESPN announced Austin has been chosen over Detroit, Chicago and Charlotte, NC, as the location of the extreme sports competition for the next three years.

Hosting the event, which has taken place in Los Angeles every year for the last decade, would have drawn visitors, positive attention and an economic boost to Detroit, and bid organizers worked feverishly for months to show ESPN that the network would benefit just as much from aligning itself with the city.

Well, ESPN, you might not have seen it that way, but that doesn't mean Detroit stays down when it gets knocked out. Whether or not the city hosts a sporting event, it's always been extreme. Here are just a few of the things that set us apart:

UPDATE: 12:10 PM: X Games Detroit bid creators Kevin Krease and Garret Koehler sent this "unofficial" press release to The Huffington Post, outlining their plans to create a future sports and culture event, regardless of ESPN's decision to host the X Games in Austin. It's on, Detroit! 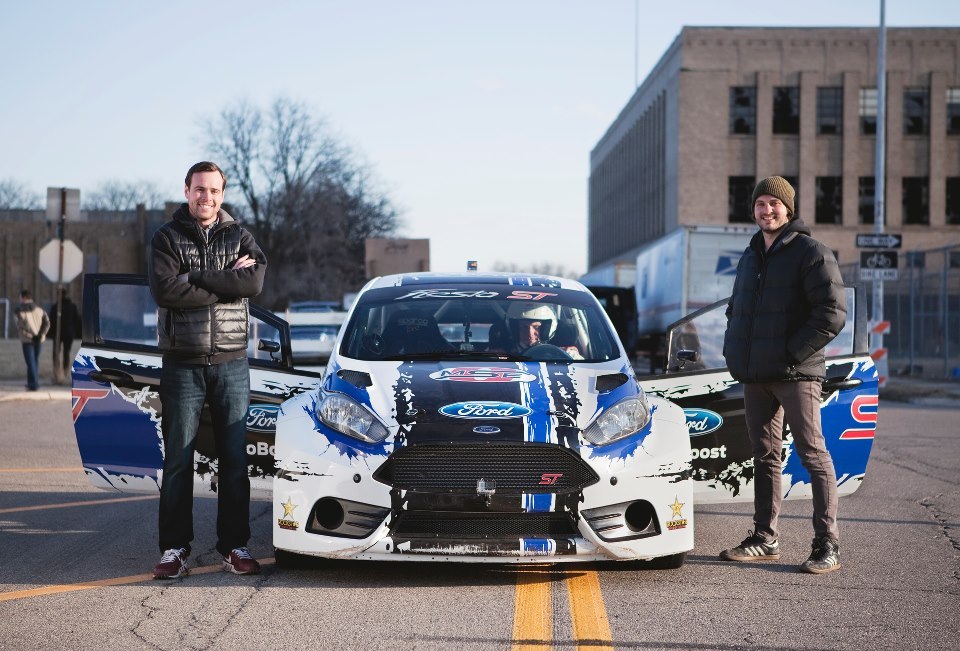 Over the last few months, thousands of people have rallied behind an idea. Some of those people made videos. Some rented helicopters. Some shared statuses. Some simply pushed “like” buttons. Some showed up to events. Some took pictures. Some wrote articles. Some cut grass, built ramps, spray-painted bed sheets and buildings. Some gave money. Some gave a lot of time. Energy. Thoughts. Sleepless nights. We can’t thank you enough for these things. Today ESPN announced that the X Games are going to the Circuit of the Americas racetrack (COTA) on the outskirts of Austin, TX. First, sincere congratulations to COTA for landing the games. While we have never visited the track, it looks like a state-of-the-art facility. As we understand it, this decision largely boiled down to the turn-key efficiencies that come with using a single standalone venue like COTA; efficiencies you don’t have with the sort of downtown multi-venue experience Detroit desired. We wish the X Games the best of luck in Austin.

The X Games in Detroit would have been monumental for the brand, for the broader action sports industry, and for our city. As ESPN expands their franchise globally, Detroit offered them the opportunity to inject their brand with a needed authenticity in the North American market. Detroit offered a host city who knows how to put on large scale events, from electronic music festivals to Superbowls. We offered them partners who were eager to invest in the X Games experience in a manner that would have guaranteed the successful execution of their current product and enabled significant long-term growth. Most importantly, Detroit offered ESPN a chance to enact the values that underpin action sports in a way that could have made a significant and meaningful impact; we offered the X Games brand the opportunity to become part of the movement of young people who are transformatively re-engaging with a city that so many once abandoned. Today ESPN walked away from the opportunity.

Here’s the secret: It doesn’t matter.

It doesn’t matter because we are not walking away, and we don’t believe the movement of people who have gotten behind this cause are either. To-date, the X Games have served as a rallying point for us, and we imagined that upon winning the X Games they would be a medium through which we could express and perpetuate the ever-growing vitality of our city in front of a global audience. Over the last few weeks we’ve realized that ultimately it’s probably more fitting that we just create that medium ourselves. So that’s what we’re going to do. We’re going to create our own “X Games.”

We’re not entirely sure what this looks or sounds like yet, but we’ll have details made public in the coming weeks. What we are sure of is that people want an event that reflects the intensity of their passion for Detroit, for action sports and culture, and for the bold lifestyle those sports represent. This is an event we can build, and we’re excited to do so.

In short, we’re happy to report that, as always, the breakup was mutual. Please let everyone know that we’re #NotDoneYet, and neither are you.